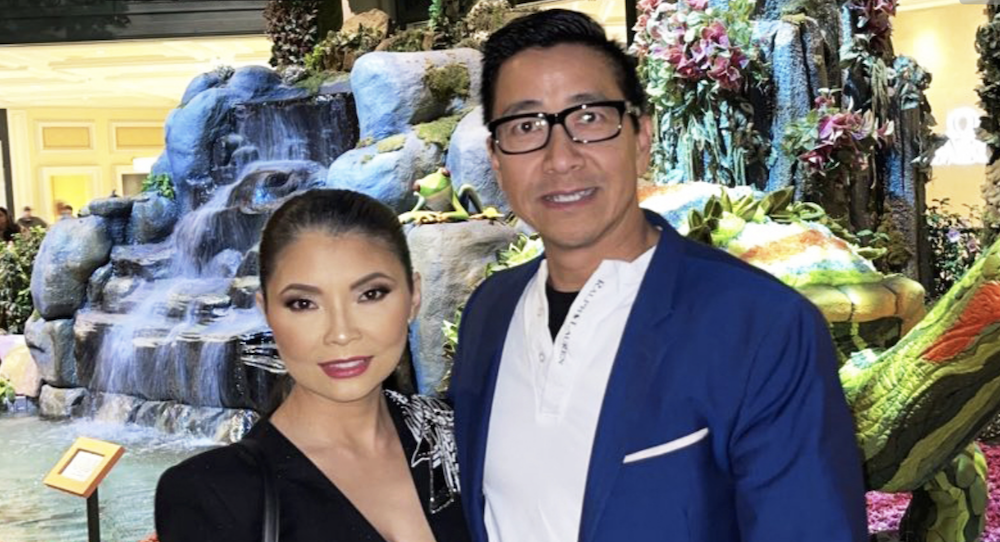 Jennie Nguyen attempted to take her mind off the anniversary of her daughter’s death by taking a snow tubing trip with the rest of the ‘RHOSLC’ ladies.

On Sunday night’s episode of The Real Housewives of Salt Lake City, Jennie’s ordeal with husband Duy continued from last week, after he previously suggested the couple invite a sister wife into their marriage so they can have more kids.

Sitting down together to take part in their “oyster night” tradition, Jennie brought up having more kids, much to the annoyance of Duy.

Telling his wife that the conversation they shared during the previous episode was “nothing new,” Jennie explained how it hurt her that he would suggest they get a sister wife to welcome more children into their family of five. She also questioned the legality of the idea.

Noting that it is “not against the law,” in the pair’s home state, Duy then told his wife, “Polygamy is not unique here to Utah, they have it all over the world,” before he expressed in a confessional that it is also “not uncommon” in the pair’s culture.

“In Asia, there are many polygamy families,” Duy continued, later adding that his grandfather was a polygamist. “They made it work, so we can make it work here,” he said.

As Jennie continued to press Duy for more answers, including what he is looking for in a sister wife, the RHOSLC newcomer then wondered how they would even go about welcoming another person, not only into their family, but into their marriage as well.

But Duy, set on still moving forward with the idea, said in a confessional, “I don’t see it being anything unusual we’re trying to accomplish. The ultimate goal is: Let’s have a big family. It’s more fun!”

Jennie also questioned how the pair would even make it work with their Catholic religion, telling Duy, “This is not something that Catholics encourage you to do. What about our religion? Is this acceptable?”

When she similarly asked Duy if he had spoken to a priest about the idea of a sister wife, Duy said that he had not, expressing that he didn’t think it “was an issue” that needed to be brought up. “The 10 Commandments did not say, ‘Thou shall not have another, or have multiple wives,’” he said with a laugh.

Jennie, not enjoying Duy’s humorous view on their situation, then told her husband she was trying to “be open-minded,” but felt hurt by his views. “Why would you want me to share you with somebody?” she said through tears.

As their conversation continued, Duy said he understood where Jennie was coming from, calling her his “best friend” and telling her, “As I look at this, my greatest fear is I don’t want to lose you.”

Jennie, however, told Duy that he was not putting himself in her shoes, though she was aware that he was not trying to hurt her. “It’s not fair, what you’re doing to me,” she said.

But, as Duy then explained, he has an “emptiness” in his heart that stems from the loss of their daughter and Jennie’s previous miscarriages.

Jennie told Duy that she thinks he should seek professional help to learn how to cope with the pain from their tragic losses. “My best answer for you right now is let me think about it,” he said, to which she agreed.

Later in the episode, Jennie went out with her fellow castmates for a snow tubing outing that was planned by Whitney Rose, though she didn’t initially reveal it was the anniversary of the day she and Duy lost their daughter.

After getting into words with Mary Cosby as the daytime outing began, Jennie then checked in with her during lunch to make sure they were good. Castmate Heather Gay was a bit confused about what exactly led to Mary and Jennie’s previous outburst, however, which prompted Jennie to explain that she was on edge.

“It’s just a lot for me today,” Jennie told the other women. “It’s my daughter’s death anniversary.”

“You know, I’m sensitive, I’m triggered, don’t attack me. I will attack back,” she continued, before the other woman expressed their condolences, including Jen Shah, who said she understood what Jennie was going through as she has suffered from her own pregnancy issues.

“It’s not just like a miscarriage, it’s a full-grown baby that I have to deal with,” Jennie added, also noting she was telling the ladies about her struggles since she knew most would understand as fellow mothers themselves.

The Real Housewives of Salt Lake City airs Sundays at 9 p.m. on Bravo.

The post Jennie Nguyen Goes Snow Tubing with Castmates on the Anniversary of Her Daughter’s Death on ‘The Real Housewives of Salt Lake City’ appeared first on LOVEBSCOTT.

Gizelle Bryant is getting back to dating — but she’s taking it slow. via People: During Sunday’s episode of The Real Housewives of Potomac, Gizelle, 51, discussed the concept of dating with her three daughters, Grace, 16, and twins Angel and Adore, 15, whom she shares with ex-husband Jamal.  The former couple, who were married from 2002 to 2009, split after Jamal had an affair. Gizelle revealed in 2019 that […]