Jeannie Mai Talks More About How She & Jeezy Conceived Baby J On Their Own, Doctor Told Her Stop IVF Treatments, ‘You’re Pregnant’ 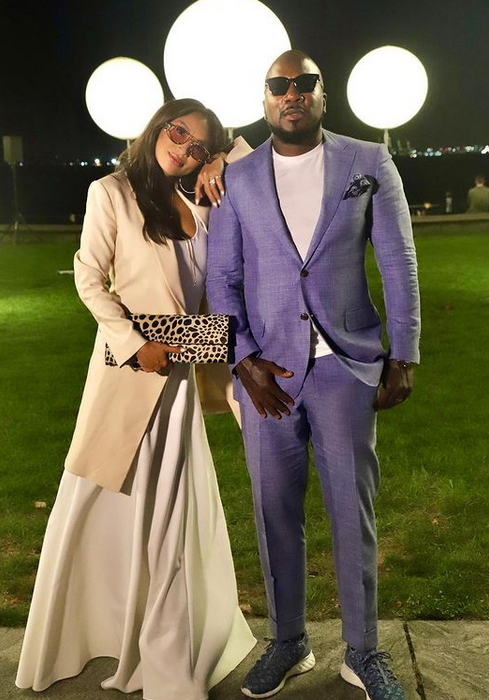 While she previously said she never wanted to be a mother, Jeannie Mai opens up about how she and her husband Jeezy were determined to have a child together. Deets on how they conceived and more inside….

Life is quickly changing for rapper Jeezy and his wife Jeannie Mai.

After revealing they are expecting a new bundle of joy, “The Real” co-host is spilling deets about how she and the “Put On” rapper conceived their baby, who they have already started affectionately calling “Baby J.”

Although she previously was vocal about not wanting to have children, Jeannie said when she fell in love with Jeezy, she wanted to start a family with him. Jeannie and Jeezy confirmed they were a couple in August 2019. He popped the question in April 2020.

After getting married, Jeannie and Jeezy decided they wanted to start a family together, but they struggled to conceive. So, they decided to try in-vitro fertilization (IVF).

Giving her fans more details about her personal life, Jeannie posted a video on her YouTube channel, “Hello Hunnay with Jeannie Mai,” where she shared details about how she and her husband conceived. The 42-year-old daytime talk show host and the 44-year-old rapper tried to conceive naturally, but they were having some issues.

“The very day of our wedding, March 27, we started our in vitro shots,” she shared in the YouTube video. “Went for about two weeks, doing the shots with Jeezy and preparing for it,” she continued.

“I get off the plane, I call the doctor, and the doctor is like, ‘Stop taking your shots. You’re pregnant. You guys got pregnant on your own,’” she shared. “We got pregnant a week after the wedding.”

Aww! After learning she was pregnant, she shared the news with Jeezy and recorded his reaction. The couple kept the pregnancy news under wraps to the public, but they hosted a special evening with family and friends to share the exciting news.

In the vlog, Jeannie talked about how hard it was for her mother, Mama Mai, to keep the secret after she told her and more. Get into it below:

Congrats again to the couple! 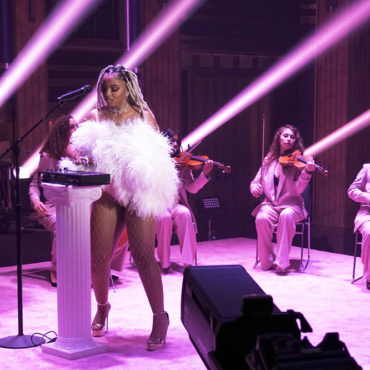 Chlöe Bailey slayed her performance on "Jimmy Fallon" last night, but some folks came for her! They said she was "doing too much." Hmph. She has a response to that. Find out what she said, peep her performance and more inside...   Some folks are just used to mediocrity and it shows. Chlöe Bailey isn't like some other artists who hardly put any effort into their live performances. One thing […]