Jay Williams GRILLS Stephen A. Smith For Not Having The Same Energy With Aaron Rodgers – Who LIED About Being Vaxxed – That He Had For Kyrie Irving 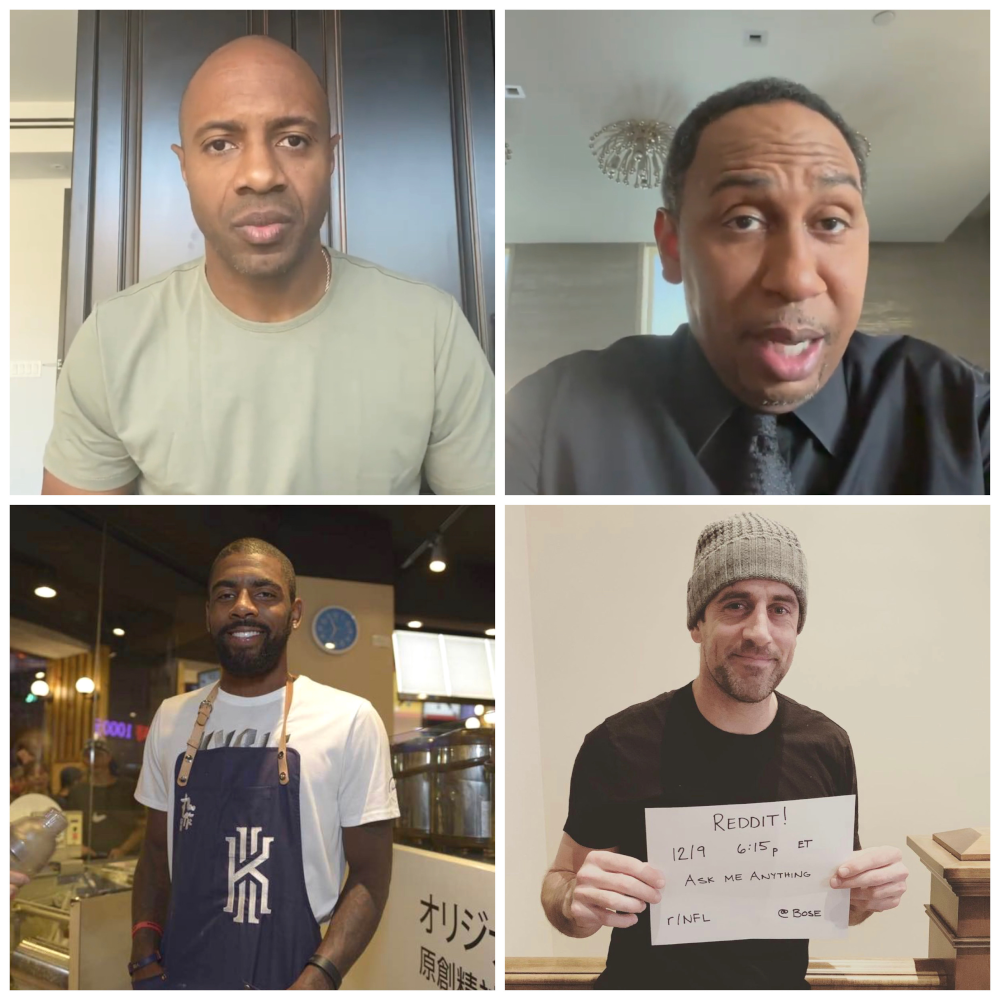 ESPN analyst Jay Williams had some words for fellow sports analyst Stephen A. Smith, asking him why he didn’t have the same energy towards Aaron Rodgers – who lied about being COVID-19 vaccinated – as he had with Kyrie Irving, who has been transparent about his vaccination status. Watch the buzzy clip inside…

Jay Williams – former NBA player-turned-ESPN analyst – peeped how fellow sports analyst Stephen A. Smith drastically changed up his tune about professional athletes being vaccinated. And he called him out on it on national television.

For weeks now, “First Take” co-host Stephen A. Smith has been going off about NBA baller Kyrie Irving refusing to get the COVID-19 vaccine, calling the situation “some of the stupidest nonsense” he’s ever seen, and blasted Kyrie.

He made some fair points, citing Kyrie having a pattern of using excuses to plat when e wants and to appear “smarter” than everyone else with an air of arrogance. But still, it’s Kyrie’s choice to miss games and money just as it was the Nets’ choice to enforce the state mandate.

Peep him going off just a few weeks ago:

“I’ve been covering the NBA now for almost 25 years. This is some of the stupidest nonsense I’ve ever seen. Just flat-out stupid.”@stephenasmith reacts to the latest reports on Kyrie Irving. pic.twitter.com/zmAGP2oM3x

Now that we’ve learned NFL quarterback Aaron Rodgers has tested positive for COVID-19 and he’s unvaccinated while not having at least abided by mask or social distancing rules, it seems Stephen’s energy has shifted. According to ESPN, “The NFL has considered Rodgers as unvaccinated since the start of the season.”

In August, the Green Bay Packers QB said he was “immunized” when asked if he had been vaccinated, leaving people to believe he did, in fact, get the COVID-19 vaccine. That wasn’t the case. Not only that, Aaron Rodgers attended team meetings and practices without wearing a mask and he also was partying it up at the Packers’ Halloween bash last weekend maskless.

When “First Take” began this morning to talk about Aaron Rodgers’ COVID drama, Stephen A. Smith called Aaron Rodgers a liar, but his tone was drastically different than when he was discussing Kyrie not getting vaccinated. So, Jay Williams called him out on it.

In his rebuttal, Stephen A. Smith argued his energy levels were based on how the two discussions were presented to him. He claims his energy was high while discussing Kyrie because he was in the middle of a debate and that’s why Aaron Rodgers didn’t receive that same energy. Hmph. Peep the rest below:

Fans reacted to what they believe are double standards in Stephen A. Smith’s reporting:

S/o to Jay Williams for calling out Stephan A for being hypocritical on the Kyrie vs Aaron Rodgers situation pic.twitter.com/QQAqD9BKVU

No matter how this man @stephenasmith try to spin it, you were spot on Jay! I was furious yesterday watching them downplay this yesterday. And the voiceless are the unvaccinated people that live places that mandate the vaccine, that’s losing their jobs over it.#Egregious

Jay Williams callin out Stephen A on First Take. lmaooooo he spent all that time goin at Kyrie when Ky hadn’t made a statement yet. Meanwhile Aaron Rodgers flat out lied and he playin it cool. Nigga is a coon man.

How is Aaron Rodgers fighting? He literally lied to the media to avoid scrutiny pic.twitter.com/rkURywp369

The media bashed Kyrie Irving for not being vaccinated. But Aaron Rodgers isn’t vaccinated and he’s given a pass by media hypocrites like Stephen A. Smith. pic.twitter.com/jnzXOHGV60

Stephen A Smith keeping the same energy with Aaron Rodgers as he did with Kyrie Irving? pic.twitter.com/jFjqK7Ymw2

Speaking of Kyrie and vaccinations….

Chris Rock was at Brooklyn Steel last night to introduce The Strokes…but first he roasted anti-vaxxers and gave everyone a new name for them pic.twitter.com/Aa6dhg4arg

Actor/Comedian Chris Rock hit the stage in NYC – where guests have to be vaccinated to attend events – to clown Kyrie Irving and anti-vaxxers.

Before introducing The Strokes to perform at Brooklyn Steel last night, the famed comedian cracked a few COVID jokes and slammed Kyrie for refusing to get vaccinated.To be fair, anti-vaxxers have also been vocal in belittling and criticizing those who chose to listen to science, calling them “brainwashed”..

“I haven’t seen any shows since COVID,” the Brooklyn native said to the crowd. “Has anybody been like ‘Throw your masks in the air and wave ’em like you just don’t care?’ Where my anti-vaxxers at?,” he asked the crowd.

A few folks yelled out.

Then, he continued with a punchline joke about Johnson & Johnson’s vaccine being the “food stamp” of vaccine brands. Peep the clips above and below: 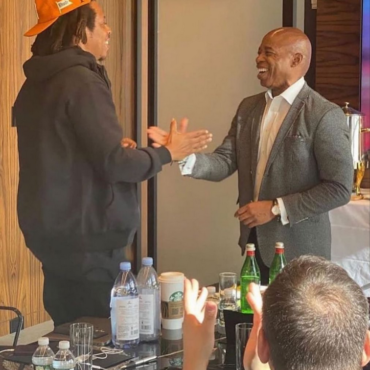 Grand opening, grand closing. Jay-Z reactivated his Instagram account only to deactivate a day later. Find out what he was up to on social media before leaving, plus deets on his link up with NYC mayor-elect Eric Adams and Meek Mill inside... Why is Jay-Z playing these games with his fans? Early Wednesday morning, the Internet was in a frenzy when users discovered Hov had reactivated his Instagram account. There […]