Jada & Willow Talk About Their Attraction To Women, Niecy Nash Reveals She Made The 1st Move On ‘Hersband’ Jessica Betts On ‘RTT’ 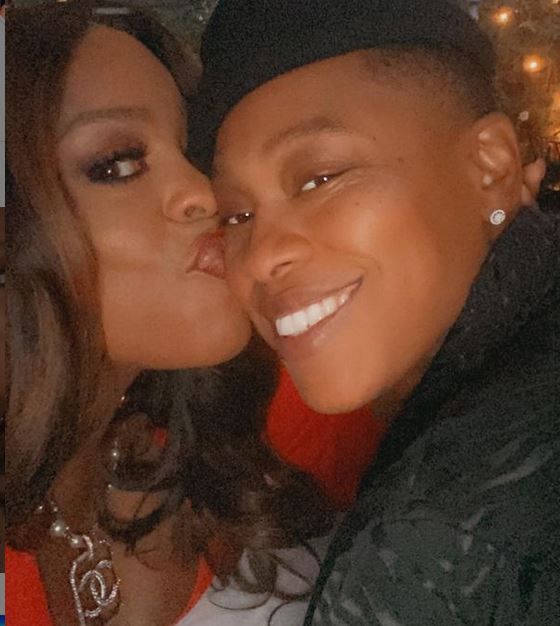 Niecy Nash opens up about how she married a woman after two marriages with men. She reveals she was the one who first pulled moves on her new “hersband” Jessica Betts during a conversation on “Red Table Talk,” and Jada, Willow and Gammy reveal they’ve had their own sexual attractions to women. Deets inside…

“Red Table Talk” returned from a hiatus with Niecy Nash for some girl talk about find love.

The “Claws” actress sat down with Jada Pinkett Smith, Willow Smith and Adrienne Banfield-Norris (aka Gammy) to share her story about how she up fell in love with a woman after two failed marriages with men. The 51-year-old actress tied the knot with musician Jessica Betts last August, surprising fans when she shared the wedding flicks. No one knew she was dating a woman, so when she revealed she got married to a woman, fans were taken by surprise.

Before Niecy and her wife joined the show, Jada, Willow & Gammy had a mini-conversation about being attracted to women. All three admitted to lusting after a woman (or three) during their lifetimes. Jada said she could see Willow being in a relationship with a woman. As for herself, she said there were two women she lusted after BAD during her 20s, but admitted she could never connect with a woman romantically. As for Gammy, she said she has thought about being with a woman before, but she was never able to let herself to experiment with her feelings due to society.

“I just never allowed myself to even experiment with it,” Gammy said.

Gammy isn’t interested in a relationship with a woman, but she seems to be down for a threesome…or at least she was at some point in time.

The EMMY nominated actress had never been in a relationship with a woman before she got into one with her now-wife Jessica Betts. However, Jessica’s energy was just what Niecy needed.

“I met the most beautiful soul I had ever met in my entire life. And after spending time together, I was like, ‘Oh honey, this fits me like an old pair of jeans I’ve had in my closet my whole life,'”

“There was something that like, ‘I don’t want to be away from this energy,’… I felt like I was in a situation where my soulmate.”

Between 1994 – 2007, Niecy was married to a pastor, Rev. Don Nash. In 2011, she got married to Jay Tucker before they called it quits in 2019 and had their divorce finalized in 2020. Later that year, she married Jessica, whom she affectionately calls her “hersband.”

Now, the YBF actress – dubbing herself “LGBTQ-plus-Niecy” – is resisting labels and living her best life, despite what anyone thinks. She said she fell in love with the “most beautiful soul I had ever met in my life,” and she’s happy.

Niecy – who said she never dated a woman in her life – revealed she was actually the one who made the first move on her “hersband.”

“My eyes crossed and I saw her different in that moment and I was like, ‘Hey girl,'” Niecy said.

Niecy kissed Jessica on the cheek while on a “friendly” dinner that included crabs and wine. Jessica suggested they go “lie down” after the kiss and the rest is history…or HERstory.

“A lot of people think that this little thundercat just came in here and picked me up and turned me every which way but loose,” Niecy said. “I gave myself permission to feel what I felt in the moment, and to be unapologetic about it.”

“I’ve dated men all my life, too,” she said. “Married a couple of ’em. But it was the first time in my life I had ever felt fully seen. And it changed me, and the other thing that I think gets harder for people is when you don’t fit in the box we put you in… And what I say to that is I am everything you thought I was, I just lay my head somewhere else.”

The “When You See Us” actress also explained what it was like to explain to her three grown children (who she shares with her pastor ex-husband) that she was in a relationship with a woman.

“My children were able to meet Jessica before they knew we were dating,” she added. “So they were able to meet her and form their own opinion about her as a person. And they all were like, ‘Oh, my God. She’s so cool. Oh, my God. I like her.’ They was exchanging numbers and all of this and that. So they already liked her.”

And here we are.

Congrats to them for finding love! 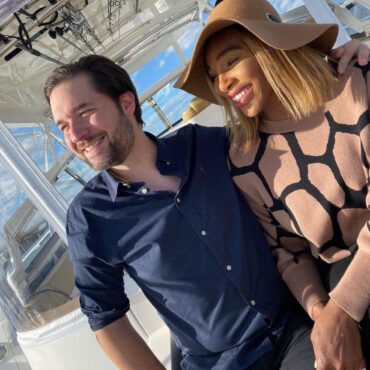 Serena Williams and Alexis Ohanian get really real about marriage. And it’s not all sunshine and roses. More inside… You meet the person of your dreams. You get married. Everything should be smooth sailing from that point on, right? Wrong. Marriage is work. And any married person will tell you that if they’re being honest. Tennis superstar Serena Williams isn’t one to sugar coat anything. So when the topic […]