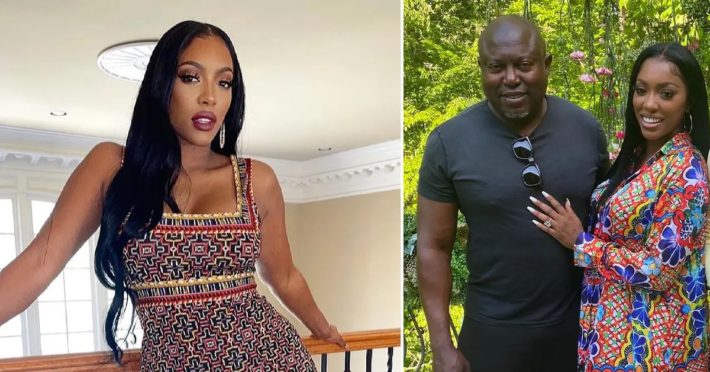 Well, that was fast.

After being photographed getting cozy with friend of the show, Falynn Guobadia’s ex-husband Simon, ‘The Real Housewives of Atlanta ‘ star Porsha Williams took to Instagram to confirm that she is, in fact, in a new relationship.

As reported, over the weekend, Porsha posted photos of herself with Simon and her ex-fiancé Dennis McKinley celebrating Mother’s Day. In the photos, Porsha wore what looked like an engagement ring and had her hand on Simon’s stomach in a very romantic way.

Dennis even left an odd comment on the post writing, “Congrats P! Cheers to your next chapter! Happy Mother’s Day.” Porsha and Dennis have had a rocky relationship for years.

In her IG announcement, Porsha let everyone know that Simon filed for divorce in January and that she had nothing to do with their divorce filing.

Her and Falynn are not friends and Simon’s divorce has been settled.

Last month, Falynn revealed she split from Simon on social media. She wrote, “After two years of marriage and 5 years of friendship, Simon and I have made the difficult decision to go our separate ways.”

Apparently their relationship began a month ago and the two are crazy in love.

Well —  Dennis said it best, congrats Porsha on your next chapter. 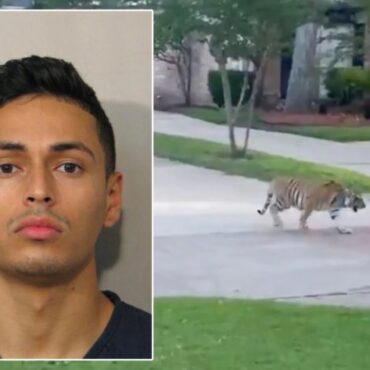 Say What Now? A Man Who’s Suspected Of Murder Is Now On The Run With A Bengal Tiger, Police Said [Video]

A man has been charged with felony evading arrest after he escaped from police while housing a Bengal tiger in his yard. via: BuzzFeed.News Apparently there's a tiger loose on my parents' West Houston street? pic.twitter.com/TgdIiPSPKx — robwormald (@robwormald) May 10, 2021 Houston police are searching for a 26-year-old man who fled from officers Sunday night with a Bengal tiger inside his SUV, authorities said. Officers attempted to chase the […]