Doja Cat invited all the bomb YBF chicks to attend her album release party and the gworls showed up and showed out. A room with Saweetie, Chloe Bailey, Ryan Destiny and Normani were a whole vibe we didn’t know we needed until we saw the ladies all together for a photo-op and we STAN.

Go inside the lavish soirée inside…

Our fave IT girls linked up at Doja Cat‘s album release party and the gworls instantly went viral.

Rapper Saweetie, singer Chloe Bailey, actress/singer Ryan Destiny and singer Normani pulled up to Doja Cat’s PLANET HER album release party at Goya Studios in Los Angeles and literally stole the show. A viral moment was captured when all of the ladies came together for a photo-op. And they all looked GOODT.

Supermodel Winnie Harlow was spotted in the mix:

Watch the ladies TURN UP below:

Doja’s third studio album, PLANET HER, includes features from The Weekend, SZA, Young Thug, Ariana Grande, and JID. Doja dropped the visuals for the album’s next single “You Alright” with The Weeknd alongside the release of the project, which you can check out below: 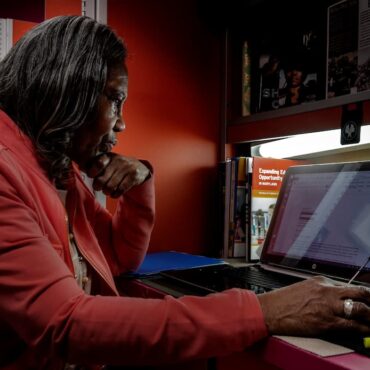 Say What Now? 76-Year-Old Woman Sent Back to Prison for Not Answering Her Phone During Class

Gwen Levi, shown in Baltimore while on home confinement, is now at the D.C. jail awaiting transfer to a federal facility. (Bill O’Leary/The Washington Post) 76-year-old Gwen Levi was one of 4,500 prisoners the Trump administration released from prison during the COVID-19 pandemic to prevent them from getting ill. Gwen was re-arrested after officials weren’t able to get in contact with her for a few hours because she was in a computer […]