A black man was put in handcuffs while eating dinner with his family because the white cop said he “fit the description” of a suspect. Watch the encounter and tell us your thoughts inside…

A case of the WRONG man.

An investigation has been launched after a black man was put into handcuffs while he was dining with his family in a Virginia Beach mall.

According to reports, the man has been identified as Jamar Mackey. He was in the food court of the Lynnhaven Mall in Virginia Beach when a police officer rolled up on him and put him in handcuffs while he was eating with his family. The detainment was caught on video and has gone viral:

“What did he do?” the woman recording asked.

The officer explained to the woman that Jamar fit the description of a suspect with “dreads” they were looking for.

“We got a description of someone using stolen credit cards. That person is a black male with dreads and is wearing all black and was with a boy wearing red,” the officer said.

Once they realized they had the wrong person, they let Jamar go, however he was PISSED. He was going OFF on the officers after they let him go, reminding them why folks scream “Black Lives Matter.”

“Certainly, anyone would be upset about being detained for something they didn’t do,” said Police Chief Paul Neudigate. “While the video shows the officer stayed calm and respectful throughout the brief encounter, we must ensure the situation merits the response. We are gathering all the facts to evaluate the incident so we can address the concerns people have raised.”

“I am upset and frustrated for this man who has to endure the embarrassment and indignity of being handcuffed in front of his wife, children and crowd of shoppers for something he did not do,” Rouse wrote. “Like you all, I’ll be watching to see what more we learn in the coming days, so that we can better understand what actions we must take to prevent something like this from happening to anyone else.”

Read his full reaction below:

I have seen the video of the incident at Lynnhaven Mall, and like many of you, I am upset and frustrated for this man…

The Virginia Beach NAACP chapter also released a statement regarding the incident:

The Virginia Beach NAACP strongly condemns the apparent racial bias on display in the video clip that has widely circulated on social media today. In the midst of a global pandemic, Virginia Beach police officers – without masks or personal protective equipment – mistakenly detained a Black man who was spending quality time with his family. As a Virginia Beach officer stated “you have the right to be upset,” and indeed we are just that: quite upset.

The NAACP will not rest until every Black citizen in Virginia Beach can shop, dine, and travel without being racially profiled by our city’s police officers.

The woman who recorded the incident thanked everyone who sent their support after the scary incident:

I just want to publicly thank everyone for the calls texts inboxes and sharing of our video from Saturday at the mall….

“Right or wrong we have to be able to apologize when our actions greatly inconvenience a member of the community.” – @VBPD Chief Neudigate @WTKR3 https://t.co/on3k49PSbz pic.twitter.com/HIddnC1oL2

“Right or wrong, we have to be able to apologize when our actions greatly inconvenience a member of the community,” he said.

They need to cough up some money and pay this man for GREATLY inconveniencing him while he was spending time with his family. 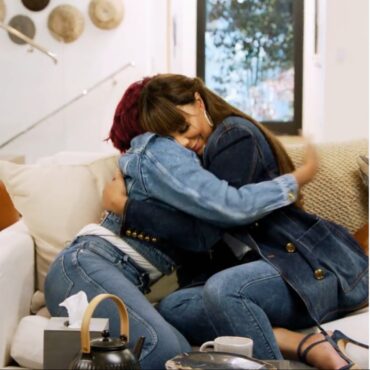 Tamar Braxton Says Firing From ‘The Real’, Not Having A Real Relationship With Family Or Logan Led To ‘Fog’ & Suicide Attempt

Tamar Braxton says she received the hugs and love she needed while speaking to Taraji P. Henson during the "Empire" star's new Facebook Watch show focusing on mental health.  Watch their full emotional sit down inside where Tamar reveals what led up to her frightening suicide attempt and what she's doing to break the cycle. On the newest episode of Taraji's "Peace of Mind" show, she sits down with singer, […]