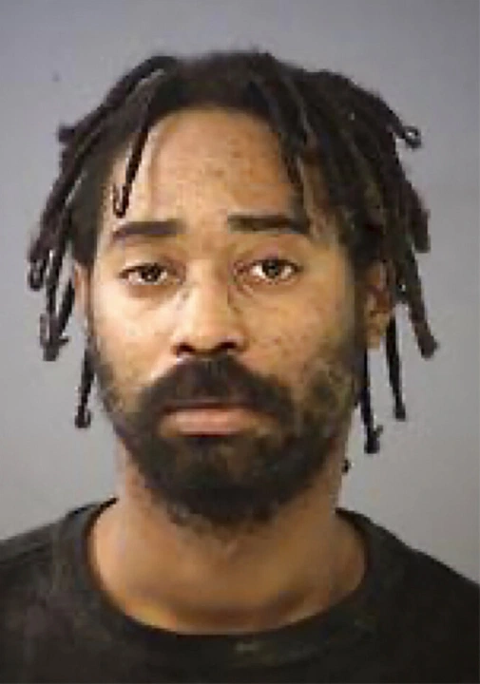 An Indianapolis man has admitted to shooting three adults and a 7-year-old child after an argument with his daughter’s mother over the money she received from her stimulus check. Meanwhile, a Detroit man allegedly shot another man over the federal funds.

More details about the shootings inside…

A man has been charged with several counts of murder after he allegedly shot and killed three adults and a 7-year-old child following an argument over federal COVID-19 relief money.

Malik Halfacre, 25, has reportedly been charged with four counts of murder, one count of attempted murder, armed robbery, auto theft and other charges in the shooting deaths that occurred on March 13th. He was taken into custody one day after the shootings after police found him “hiding in the attic” of a friend’s home.

According to reports, Malik shot a total of five people, including the mother of his 6-month-old daughter, Jeanettrius Moore. He critically wounded his daughter’s mother by shooting her in the back during an argument inside an Indianapolis home.

The four people found dead in the home were Jeanettrius’ relatives, including her young daughter Eve Moore, 7, her mother Tomeeka Brown, 44, her brother Dequan Moore, 23, and her cousin Anthony Johnson, 35.

The fatal shootings were the result of an argument between Malik and his daughter’s mother over the recently issued stimulus money. He asked for some of the money and she agreed to give him some. When he asked for more, she said no, and that’s when things got deadly.

Police were initially called at 8:18 p.m. Saturday to the area of New York and Randolph streets for a report of a person shot. They arrived to find a woman – identified in reports as Jeanettrius Moore – with several gunshot wounds.

They rushed her to the hospital, but she told them there were other victims at a home on North Randolph Street, the affidavit states. She further explained that he had taken their baby, her black Chevy Impala and her cellphone.

An hour later, police officers discovered the four bodies, all with gunshot wounds.

In a chilling account of what happened, Malik admitted he was the shooter. He said he and his daughter’s mother “were arguing because he wanted some of her stimulus check.”

Malik and Jeanettrius were allegedly arguing at the home when her brother, Daquan, got involved. According to Malik, both he and Daquan were pointing guns at one another.

Malik Halfacre told investigators he “fired first because he knew whoever fires first would be the one who lives,” the affidavit states.

Halfacre said Daquan Moore fired one time during the shooting, and Halfacre fired his gun “a lot,” the document states.

“Mr. Halfacre said when he stopped firing, everyone was on the floor from being shot,” the affidavit continues.

Malik told police after he shot everyone, he took the money, his daughter’s mother’s purse and her car, and left the scene with their 6-month-old daughter. After the shooting, he took his daughter to his sister’s house and she called police to report she had the missing baby.

Malik wasn’t even supposed to be near his daughter’s mom as a restraining order filed by Jeanettrius had been granted by a judge on Oct. 6, 2020, which prohibited Malik from going anywhere near her. He also wasn’t supposed to have any contact with the woman, direct or indirectly.

Marion County Prosecutor Ryan Mears said the case is eligible for the death penalty due to the nature of the crime and that his office would be meeting with the victims’ relatives to discuss that option before a decision is made on whether to pursue the death penalty.

A GoFundMe account has been created to help the woman who lost her daughter, the kids of the adults who lost their lives, and funeral costs. So far, it has raised over $44,000. You can donate here.

So tragic a little girl had to lose her life over money and a situation that had nothing to do with her. We send our condolences to the family.

An argument over a stimulus check led to the shooting, police said. https://t.co/rdJIDBMOUA

Another argument over stimulus money resulted in a shooting.

A man in Detroit was shot and injured after an argument over the federal funds turned violent.

On March 16th, police were called around 11am in response to a shooting that occurred on Detroit’s west side. When police arrived, they found a 53-year-old man with a gunshot wound following an argument with a 31-year-old man over the $1,400 stimulus checks issued by the federal government.

According to reports, the 31-year-old man left the scene, returned with a gun and shot the 53-year-old man. He’s currently in temporary serious condition, although it is not clear where he was shot.

The 31-year-old man was taken into custody. Police said the men know each other, but did not specify their relationship. When officers arrived, they found a 53-year-old man with a gunshot wound. 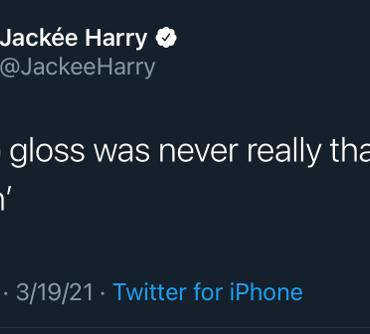 Lil Mama went off Jackée Harry after the “Sister, Sister” actress seemingly threw shade at Lil Mama’s “Heterosexual Rights Movement.” Lil Mama announced her “movement” amid backlash from social media users over a series of transphobic comments she made. Get it all inside… Old school vs. new school?! Lil Mama responded to “Sister, Sister” alum Jackée Harry after the actress seemingly threw shade at her via Twitter. If you haven’t […]