Inauguration rehearsals to swear in President-elect Joe Biden & VP-elect Kamala Harris came to a halt and the U.S. Capitol was placed on lock down yesterday after a fire sent smoke into the air, which caused security concerns. Also, Capitol police officers are feeling a type of way ahead of the inauguration. Get all of the details inside….

The U.S Capitol was placed on lock down yesterday as rehearsal for President-elect Joe Biden & VP-elect Kamala Harris was underway. The rehearsal was put on pause, the federal building was evaluated and placed on lock down after a fire in a homeless encampment about a mile away sent smoke into the air.

According to reports, Capitol Hill staffers received message warning of an “external security threat” prior to the dress rehearsal for the inauguration. People were ordered back inside the building and to stay away from windows. As you know, there’s a uber strong security presence at the Capitol following the failed insurrection of the Capitol by Trump supporters on January 6th. There are over 20,000 National Guard troops protecting Washington, D.C.

It was a safety concern in a city that’s already awaiting possible riots and protests due to Inauguration Day. As you know, Trump supporters are BIG mad he lost and have threatened another attack on the U.S. Capitol and Capitols in cities across the nation.

Thankfully, it was a false alarm. Not long after the situation was assessed, rehearsal resumed. Stand-ins took the role of Biden and Harris to play out the day’s festivities. Also, the U.S. Marine Band rehearsed before tomorrow’s big day.

The U.S. Marine Band practices ahead of the 59th Inauguration rehearsal pic.twitter.com/eUeA6GOZOY

It’s obvious there were some Capitol police officers who HELPED Trump supporters invade the Capitol, which has now seemingly wedged some distrust between the officers and leadership. People felt the attack was an “inside job,” especially how the rioters were able to navigate through the complicated federal building and found certain offices of Congressmen & Congresswomen that aren’t easy to find.

According to reports, some officers are “scared & angry” that leadership will NOT support them if they have to use deadly force to protect themselves from domestic terrorists.

Sources have told TMZ there has been a lot of talk amongst the Capitol officers about whether they’re ALLOWED to use deadly force if it is needed in the upcoming riots.

Our sources say the issue came up at a roll call meeting last week, where one USCP officer asked his sergeants in the room, if they find themselves in a life or death situation — like several cops did on Jan. 6 — can they do whatever it takes to save their own lives, including the use of deadly force?

The officers are asking for a clear policy on the right to use deadly force if/when it’s needed.

We will bet our life savings if these were Black Lives Matter demonstrations, the use of whether to use deadly force or not would not even be an issue. And all of you reading this KNOW WHY.

People are also concerned if any National Guard members are also Trump extremists.

This morning, two Army National Guard members were removed from inauguration duty as party of the security vetting process to ensure troops do not have ties to extremist groups. A U.S. Army official and a senior U.S. intelligence official say the two National Guard members have been found to have ties to fringe right group militias. No plot against Biden was found. The anonymous officials did not say what fringe group the Guard members belonged to or what unit they served in. Glad they were able to remove these members before tomorrow. Hopefully, they find more (because you know they’re more) and have them removed in a timely fashion.

The Feds have been making plans in preparation for anything that may go down during the inauguration.

FEMA has reportedly hired American Medical Response, Inc. which will provide emergency services for tomorrow’s events and it cost them a cool $10 million. The company will provide ground and air ambulances, as well at EMT-trained personnel. Hopefully their services won’t be needed, but it’s nice to know they are there if anyone needs them.

Due to the pandemic, the live audience will be limited to mostly those currently in Congress. Trump previously announced he would not attend, but VP Mike Pence said he would be in attendance. Also, former presidents Barack Obama, George W. Bush and Bill Clinton are expected to attend as well. 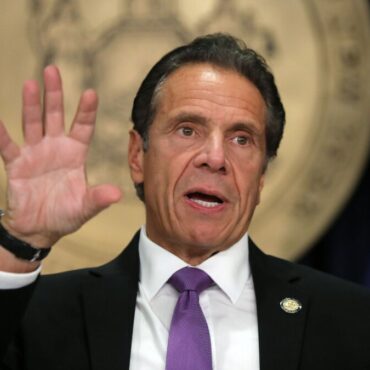 The Governor of New York is seeking to buy the COVID-19 vaccine from Pfizer. The company itself is already saying they won’t do it. What We Know: New York Gov. Andrew Cuomo says the Trump Administration has failed to deliver enough COVID-19 vaccines to his state, so he wants to buy more doses directly from the manufacturer. Cuomo has asked Pfizer CEO Albert Bourla whether it would be possible to cut […]