Inaugural poet Amanda Gorman’s glow is mad real! The 22-year-old – the youngest inaugural poet in U.S. history – is set to recite an original poem at the Super Bowl, she has signed a contract with IMG Models and she’s set to publish one million copies EACH of her three books under a new deal. Celebrate inside…

Inaugural poet Amanda Gorman is LEVELING UP in a major way.

You’ll recall, the 22-year-old YBF literary star became the youngest inaugural poet in U.S. history after she recited an original poem “The Hill We Climb” at President Joe Biden & VP Kamala Harris’ swearing-in at the U.S. Capitol a little over a week ago.

Since then, Amanda – who is also the country’s first National Youth Poet Laureate – has been inking new deals and landing some mega gigs. Literally, in one week she has accomplished some historic feats!

The Los Angeles native has been tapped to recite an original poem at the Super Bowl held in Tampa (Feb. 7th). She’ll pay tribute to three people — educator Trimaine Davis, nurse manager Suzie Dorner and Marine veteran James Martin — for their contributions during the pandemic.

The Harvard grad will be the first poet EVER to perform at the Super Bowl. Woot! 2021 is a year of firsts for her.

Earlier this week, Amanda inked a deal with IMG Models, which represents fashion heavyweights Chanel Iman, Jourdan Dun, Kate Moss and more. The agency will represent the literary star in the fashion and beauty industries to secure editorial opportunities and brand endorsements.

Great news: “Penguin announces ONE MILLION COPY first printings for @TheAmandaGorman books in response to overwhelming demand.” Her inaugural poem book is being rushed for March release; the original two books are slated for September.

Amanda’s star power has catapulted, which in turn has built interest in her literary work. She’s set to is set to publish one million copies each of her three books under a new deal.

One million hardcover copies of Amanda’s book “The Hill We Climb: An Inaugural Poem for the Country,” will be published via Viking Books for Young Readers. It’s set to be released March 16th. There’s so much hype around this YBF star that the company decided to push the release date up from April 27th and fewer copies were going to be published.

”Change Sings: A Children’s Anthem” and “The Hill We Climb and Other Poems” are currently at the top of Amazon’s bestseller list!

Last night, she chopped it up with Trevor Noah on “The Daily Social Distancing Show” about how she’s handling her new found fame, why she felt it was important to write a poem for “that moment,” and more.

The 22-year-old poet also appeared on the “Ellen DeGeneres Show” where the daytime talk show host “endorsed” her for president.

What a blast to be on @TheEllenShow yesterday! Thanks for having me and happy bday Ellen! pic.twitter.com/WjWanYdock

A flourishing Queen. We LOVE to see it! 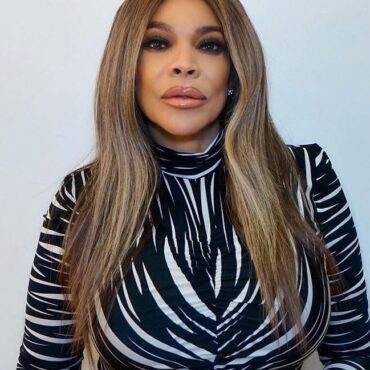 Wendy Williams calls out her ex-husband, Kevin Hunter Sr.'s. mistress, Sharina Hudson, during her Hot Topics segment recently while dishing on her upcoming biopic. Also, we’ve got a few sneak peeks at the biopic, including when she got her breast implants, inside… After Wendy Williams became a Hot Topic on her own show, the daytime diva usually drops subtle hints about her uncoupling from her ex-husband of 21-years, Kevin Hunter […]