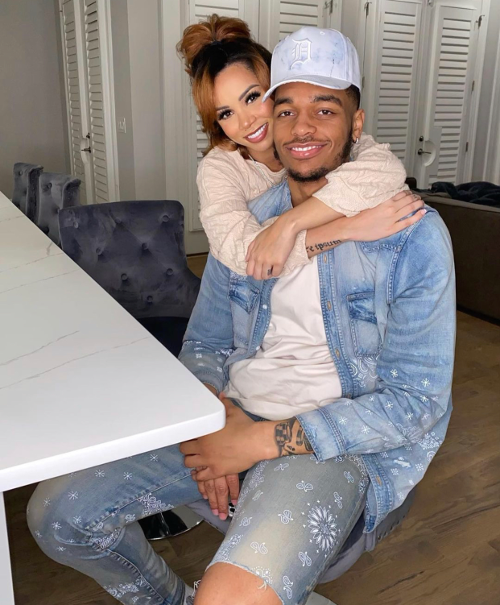 IG model Brittany Renner and NBA player Paul “PJ” Washington Jr. are having a baby! Find out what they’ll be having inside….

The couple announced they’ll be welcoming a little bundle of joy soon, sharing photoshoot flicks from a maternity shoot. And guess what they’re having? The happy couple is expecting a baby boy!

Folks had PLENTY to say with the news trending, and some folks are defending the couple:

She’s a grown woman, who enjoyed her 20’s and dated a lot. That’s what you’re supposed to do.

He’s a multi millionaire athlete, and was the only type of n*gga she’d go for. Get y’all money up and get u a her pic.twitter.com/27VVndNZB6

You may remember when Brittany, who turned 29 last month, made headlines in 2018 after spilling tea in a tell-all book that details her alleged sexual relationship with Colin Kaepernick and several other celebrities.

Her book, “Judge This Cover,” details her alleged sexcapades with seven celebrities. She used code names in the book, however, Twitter has seemingly decoded the code names and connected a few celebrity men with whom she’s referring to in the book, which include Trey Songz, Drake, Tyga, Chris Brown, Lil Uzi Vert and Casey Therriault.

She received a few bad reviews online that stated you can save your coins since the book her social media written out in words.

In her recent birthday post, she reflected on her past social media antics and said she has “healed” the parts of her that “looked to be understood.”

”As I reflect on my 29th birthday today, I think of all the content I’ve shared on Instagram since I made my account back in 2012,” she wrote. “When I watch old videos of myself I cringe, laugh at overly blurred ass pictures from when I first learned how to Facetune, and quite frankly am in awe at all the desperate attention seeking I felt I needed to do for validation. Whether you started following me because my page was your fap material or could relate to what I was saying in videos, I have let it all hang out literally/figuratively/PROUDLY in a very public way. I spoke from the awareness I had then and have healed the parts of me that looked to be understood. I take up space, I speak my mf mind, and find joy in evolving each day as there is much to learn. I’ve always been enough, I just needed to believe that for myself. If you tweeted something incredibly off the wall or ended up doing something you said you’d neverrrrrrrr do, you’re allowed to change your mind. Don’t let strangers behind a phone or people you encounter daily try to convince you that you can’t wake up one day and want better for YOUR LIFE. Each birthday I’m always like “this will be my best year yet lololol yaaas bitch” but these days I’m happily present in the uncertainty of every now moment as every NOW is creating your FOREVER. This Pisces loves herself and her Virgo man I’m so thankful!!!

Now, she’s ready to embark on motherhood with her Virgo man. Congrats to the couple.

1. Charlotte Hornets rookie LaMelo Ball might be out for the season after fracturing his wrist. STORY 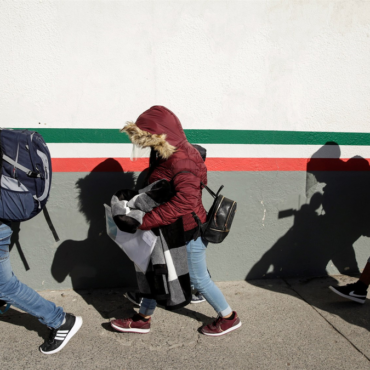 The temporary overflow facility for unaccompanied migrant children will be opened in Pecos, Texas. What We Know: On Saturday, the Biden administration declared they would be opening a new location for migrant youths. The Target Lodge Pecos North ICF department will begin housing 500 children. They also intend on possibly extending the number of minors to 2,000. The Department of Health and Human Services (HHS) announced in a statement that […]