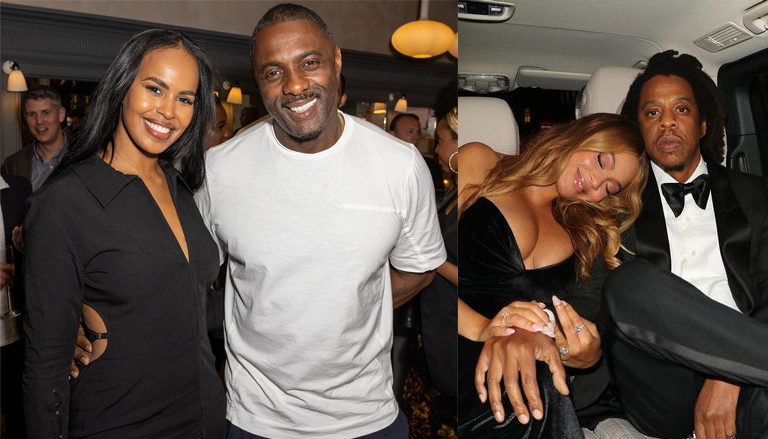 Idris Elba and his wife, Sabrina, would like to interview Jay-Z and Beyoncé for their “Coupledom” podcast.

“We’ve talked about Jay and Beyoncé,” Elba told “Extra” about his dream guests.

He added that he and Sabrina have also talked about former President and First Lady Barack and Michelle Obama appearing as guests.

“Those are obviously romantic couples, but they’ve [also] worked together in some capacity,” he added.

And even though they “haven’t yet” reached out to the dream teams for sit-down interviews, “we will,” they said.

The Elbas launched their Audible original “Coupledom with Idris and Sabrina Elba” podcast last summer as a way “to understand the pillars that make up a good partnership,” whether its love or “business partnerships between siblings. It’s [all] really important,” Idris said.

“So far, we feel that the audience really enjoys that. They enjoy that they get a perspective on partnerships in a new way,” he added.

Idris and Sabrina, who married in 2019, said they take the “best of the best” advice from the couples they’ve already had on. “It’s great learning. There are definitely nuggets from each episode — from every duo we’ve spoken to — that I take with me,” Sabrina said.

“We definitely take the best-of-the-best for stuff that is actually relevant to our relationship. We’re learning while hopefully our audience is learning at the same time,” Idris added.

“I want to get Beavis and Butthead on, but I’m not sure how to do that,” he quipped.

Beyoncé? And Jay-Z? Talking? About their relationship? Good luck with that.

A 911 dispatcher has been suspended and might end up fired after she  allegedly hung up on a woman who called for help while inside the Tops Supermarket in Buffalo this past Saturday where 10 Black people were killed in a racist murder spree. via Complex: Erie County Executive Mark Poloncarz said a transcript and audio of the 911 call will eventually be released, adding that the situation must first […]