Atlanta rappers Young Thug and Gunna joined forces to bail out a group of low-level offenders who couldn’t afford bail. The artists capture the moments the offenders were released and used the visuals for their new video “Paid The Fine,” which features Lil Baby. More inside….

Rappers Young Thug and Gunna put their money and resources together for the greater good.

The Atlanta rappers posted bond for several men and women who were being held at Fulton County Jail on minor offenses. The low-level offenders couldn’t get out of jail because they couldn’t afford it, so the rappers coughed up some cash to get them out.

Young Thug – real name Jefferey Williams – told WSB-TV that he and Gunna – real name Sergio Kitchens – woke up one day wanting to help folks in their community. The rappers good deed comes on the heels of the Fulton County Jail being put on blast for overcrowding.

“This is where we are from,” said Young Thug. “We just woke up and went to the jail with the lawyer and, you know, DA’s and the prosecutors, you know, the bonding companies and just got as many people as we can out.”

“If they did the crime, then they can do the time, then it’s all right. But it’s like you’re giving them a bond higher than what they stole,” he continued.

“You never know what somebody been through. There were people sitting out three or four years and couldn’t get out on a bond,” said Gunna.

The cameras were rolling when the offenders were released and captured a moment where a man and his young son reunited. The visuals from the offenders’ release was used for Young Thug and Gunna’s new video “Paid The Fine,” which features Lil Baby. 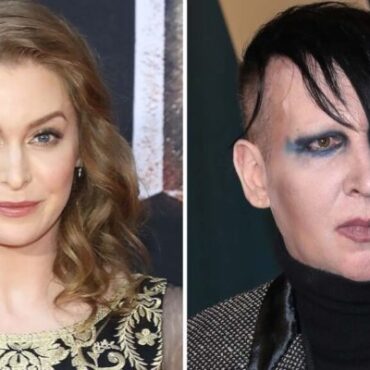 Esmé Bianco, a British actress who appeared on “Game of Thrones,” has a federal lawsuit against Marilyn Manson accusing him of rape and other acts of sexual violence. via Variety: Bianco first came forward on Feb. 10, as more than a dozen other women were also making allegations against Manson. At the time, she told The Cutthat Manson had subjected her to psychological abuse, whipped her, cut her and chased her […]