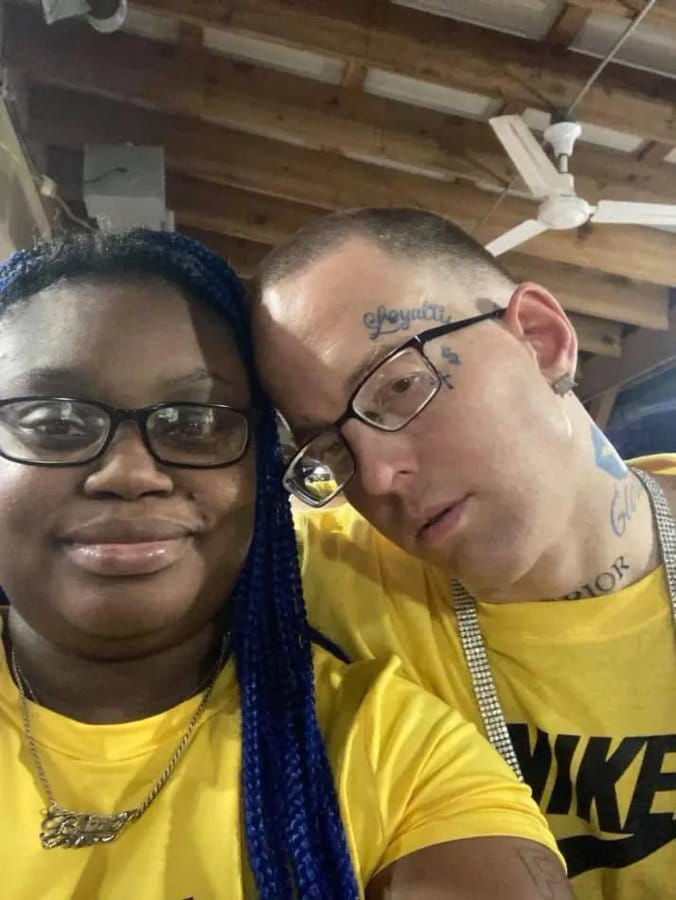 A Houston mom and her boyfriend have been arrested over the death of the woman’s 8-year-old autistic son. Law enforcement believe the boyfriend beat the child to death and he was left to decompose in an apartment for almost a year.

Three other children were starved & abused while living in the apartment with their brother’s decomposing body. Now, family members of the woman and children are speaking out. The disturbing details are inside…

A Houston mother of six and her boyfriend created a House of Horror for several of the woman’s children left to fend for themselves in an apartment with their dead brother’s remains. As details about the case come in, it paints one of the most horrific crimes we’ve read about in a while. 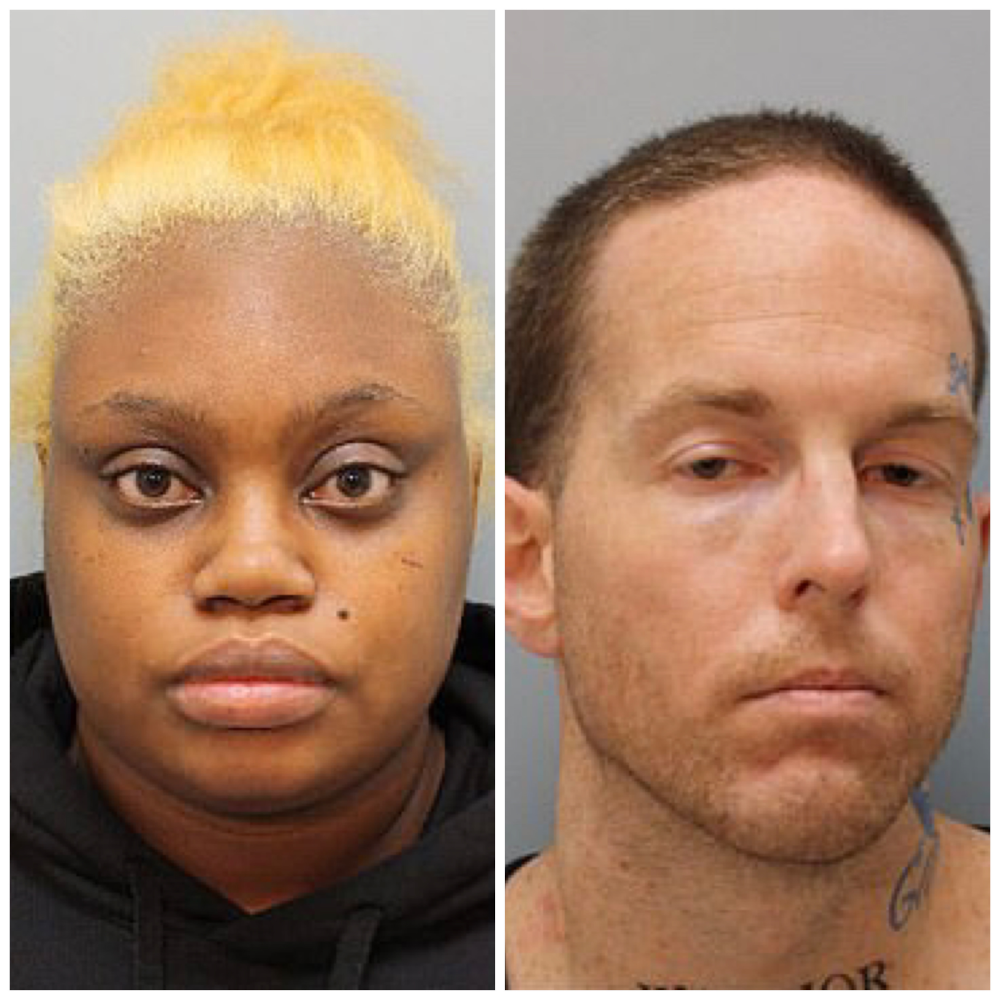 Gloria Y. Williams, 35, and her boyfriend Brian W. Coulter, 31, were arrested in connection with the death of Gloria’s 8-year-old son.

According to reports, Gloria’s 15-year-old son called 911 Sunday (October 24th) to report that he and two of his siblings had been living with their brother’s dead body for almost a year. When police arrived to the Houston apartment, they found the teenager and his two male siblings, ages 10 and 7, living alone in a dwelling with no power.

Sadly, the children were living in unbearable conditions for months after their mother and her boyfriend moved out in March.

The children lived in the apartment alone with their dead brother’s decomposing body after he was allegedly beaten to death by their mother’s boyfriend and left to rot. Authorities found the skeletal remains of 8-year-old Kendrick Lee underneath a blanket in a bedroom.

For almost a year, the children waited for their mother to call authorities about the death of their autistic brother, but she never did. It finally became too much for the 15-year-old. The traumatized teen finally overcame his “absolute fear” and called authorities on Sunday.

Right before he called the police, it’s reported he texted his mother, telling her he couldn’t take it anymore.

The children were severely malnourished. When cops asked them if they were hungry, they said they were and requested donuts. The 10-year-old said the boyfriend beat him as well and broke his jaw a few weeks ago. He was evaluated and will require surgery to treat his facial fracture.

The apartment was reportedly unfurnished with soiled carpet, flies and roaches.

“For many agency veterans, it was the most disturbing scene they worked in their entire law enforcement career. It seemed too horrific to be real,” Harris County Sheriff Ed Gonzalez said during a news conference.

On the night the teen called police, authorities questioned Gloria and Brian, but let them go without charges. A few days later, the couple was arrested while at a public library, where they were said to have been looking up news stories online about their own case.

The children told police their mom’s boyfriend – who is not the father of any of the children – hit the eight-year-old non-verbal autistic boy with closed fists and kicked him in his face, feet, back, testicles and buttocks. As he beat the 8-year-old child, it’s reported he was staring at the 7-year-old.

Gloria Williams was charged with injury to a child by omission and tampering with evidence (a human corpse). A judge set her bond at $900,000.

Brian Coulter is only facing a murder charge, but prosecutors said that count is “just a starting point.” It’s alleged he abused all of Gloria’s children, which is being investigated. He’s being held on a $1 million bond.

In total, Gloria has six children. Gloria’s 13-year-old daughter has been cared for by her paternal grandmother, Melody Robinson, since she was two, so she was spared the abuse and torture her siblings endured. Ms. Robinson also cares for Gloria’s 17-year-old daughter who allegedly had been kicked out of the house by her mother at age 15. It’s reported Gloria kicked her out after she tried to protect her brothers from the abuse. Sick.

During a jailhouse interview with KHOU 11, Gloria was asked if she knew her son Kendrick was dead, and she replied, “No.” However, Gloria’s 10-year-old son told investigators his mother came by the apartment after Kendrick’s death. She lifted the blanket that was placed over his body and found that “his body, feet and teeth had turned into a skeleton,” and that ‘his hair was off.” His decomposing corpse was reportedly covered with cockroaches.

Out of the two outspoken paternal grandmothers of the chldren, at least one revealed her son (the father of one of the abused children in the home) has been in jail for years.  Both grandmothers commented they didn’t believe Gloria was a fit parent and didn’t allow her to live at their homes for long after taking her and many of the children in.

Some of Gloria’s family members said she was estranged from the family and they had no idea what was going on. Check it out below:

Such a horrific story with a tragic ending. We pray the surviving kids get the therapy they need to get through this. It’s heartbreaking. 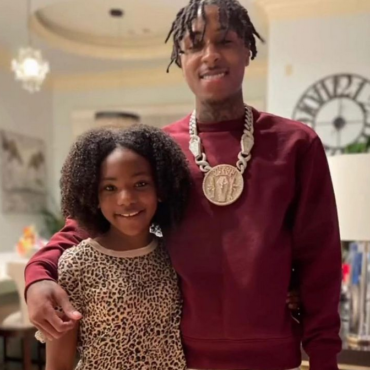 NBA Youngboy was recently released from prison as he awaits trial for a federal gun case. A picture of the rapper hit the Internet and instantly went viral. Folks have plenty to say about his appearance following his seven-month stint behind bars. More inside...   NBA Youngboy just got a get out of jail card while he awaits trial on a federal gun charge in California. It wasn't FREE though. […]