Homeless Man ARRESTED After Raping Woman On Philadelphia Train In Horrific Viral Story As Bystanders Held Up Phones & Did Nothing! 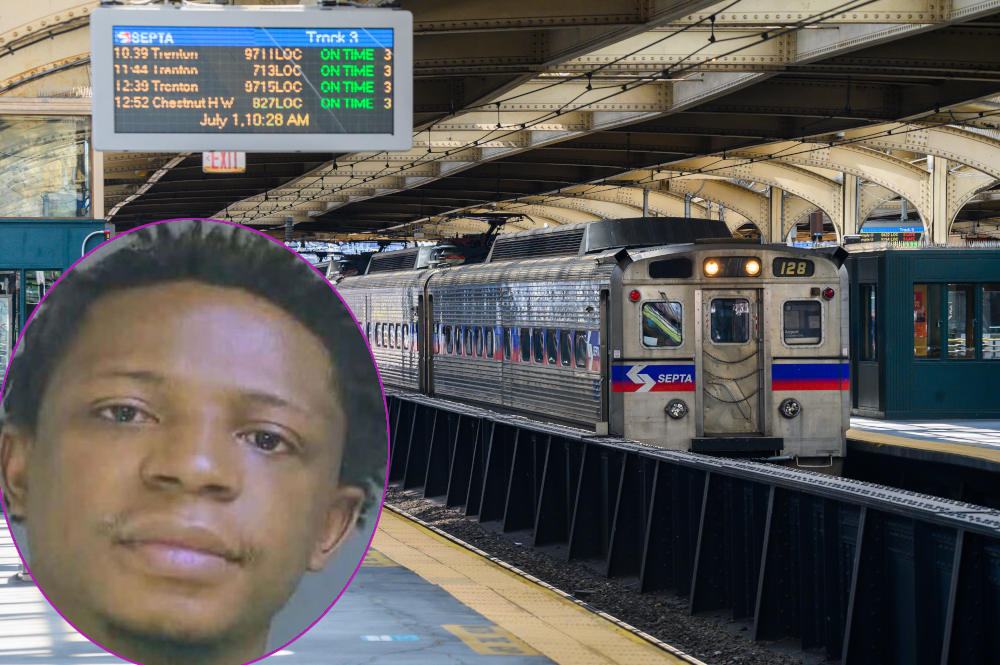 A homeless man has been arrested after raping a woman on a transit train in Philadelphia as bystanders watched, held up phones and did nothing to intervene. DISGUSTING.

WARNING! If you are a survivor of sexual assault, this article may be triggering.

A homeless man has been arrested and charged for raping a woman on a transit train in Philadelphia last week.

According to police, Fiston Ngoy, 35, sexually assaulted a woman on a Southeastern Pennsylvania Transportation Authority train. NO ONE helped. Instead, train riders watched the assault while holding their cellphones up towards the incident and didn’t bother calling the police.

Fiston Ngoy – who listed Broad Street Ministry shelter in Philadelphia as his last address – claims the incident was consensual. He told cops the woman was drunk and that their encounter was consensual.

“There were other people on the train who witnessed this horrific act, and it may have been stopped sooner if a rider called 911,” SEPTA said. “SEPTA urges anyone who observes a crime being committed or any dangerous situation occurring to report it. Anyone witnessing an emergency should immediately call 911.”

“I can tell you that people were holding their phone up in the direction of this woman being attacked,” SEPTA Police Chief Thomas J. Nestel III said at a news conference.

The attack lasted through more than two dozen train stops, authorities said. Police believe no one called authorities, though they are investigating whether any of the witnesses may have recorded the incident.

A transit officer for SEPTA caught him in the middle of the assault and called authorities, according to SEPTA Police Chief Thomas J. Nestel.

“When the doors opened, an officer entered and saw what he believed was a criminal act occurring,” Nestel said during a press conference. “He ripped that man off her and pulled him out onto the platform.”

Thank GOD someone eventually stopped him!

While the suspect claims the rape was consensual, the woman and surveillance footage from inside the SEPTA train paint a different story.

According to reports, Ngoy harassed the woman for nearly 45 minutes, touching and groping her before he fully assaulted her at 9:52 p.m. The woman told police she can’t recall anything after he started attacking her. She blacked out and didn’t come to until she was rescued.

The woman told cops she had a few beers after work and got on the wrong train. Not long after she got on the train, her attacker got on and started harassing her.

The surveillance video showed Ngoy talking to her and then moving to sit beside her before starting to touch the woman. He reportedly grabbed her breast at one point. Each time he touched her, she pushed him away, the footage showed.

Fiston Ngoy remained at Delaware County Jail on $180,000 bail on charges of rape, involuntary deviate sexual intercourse, sexual assault and related counts. He has a preliminary hearing scheduled for next Monday, October 25th in Upper Darby.

It’s shocking that to find out NO ONE stepped in to help the woman as she was being attacked. Hopefully, he’s prosecuted to the fullest extent, as well as anyone else who filmed this with improper intentions. Just a horrific situation. 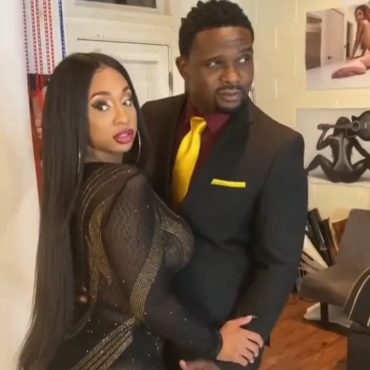 THE PLOT THICKENS: After Darius McCrary DENIED Dating Trans Model Sidney Starr, She Pulled Out Video Receipts And Called Him a Sloppy Drunk

And...there's more! Darius McCrary denied dating trans model/reality star Sidney Starr after their extra flirty photoshoot went viral. So, she whipped out receipts! See the video inside... And the plot thickens! Yesterday, the Internet was in a tizzy after trans model/reality star Sidney Starr shared a video clip of herself and "Family Matters" alum Darius McCrary all cuddled up for a photoshoot. The clip sparked dating rumors about the two […]