The ladies are taking over this year’s Grammys Awards. Houston ladies to be exact.

Megan Thee Stallion just copped her very first Grammy Award and she shares it with none other than her idol, Beyoncé.

The female duo won Best Rap Performance for “Savage Remix,” the background track for a TikTok challenge craze. It’s the first time an all-female collaboration has won the award, marking a shift in the music industry that the future is female.

And look, when Meg was announced as the winner, her reaction was all of us. The “WAP” raptress was SO shocked and surprised by win. By the end, she was fighting back tears.

Peep her emotional acceptance speech below:

It didn’t stop there. Meg also won the Grammy for Best New Artist, presented by Lizzo. Get into her speech below:

| Megan accepting her award for “Best New Artist” at the #GRAMMYs. pic.twitter.com/DjvPx2ZIbt

.@theestallion is the first female rapper to win Best New Artist at the #GRAMMYs this century (first since Lauryn Hill).

Woot! Congrats Meg! After an insane 2020, she deserves this.

By the way, Bey is on track to surpassing Alison Krauss’ 27-win record. She just won her 26th Grammy for “Savage Remix” with Meg and she also won Best Music Video for “Brown Skin Girl” with her 9-year-old daughter Blue Ivy Carter and Wiz Kid. Blue is the 2nd youngest to ever win a Grammy. In total, Bey was nominated for 9 awards, so she has 7 more categories to get through (at the time of this post) to see if she’ll become the official Grammy Queen.

Swipe through our gallery below of celebs on the Grammy’s red carpet – both in-person & virtually! 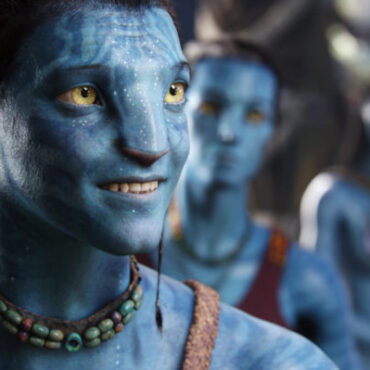 ‘Avatar’ Overtakes ‘Avengers: Endgame’ as Highest-Grossing Movie of All Time

It’s 2021 and people are still watching ‘Avatar’ in theaters. After losing the ‘highest-grossing movie of all time’ title after holding it for a decade to ‘Avengers: Endgame’ in 2019, ‘Avatar’ has snatched it back. via Variety: Prior to the release of “Endgame” in April 2019, James Cameron’s groundbreaking sci-fi epic held the ultimate box office crown for a decade with $2.7897 billion worldwide. “Avengers: Endgame” eclipsed that milestone ever […]