Heartbreaking: Body Camera Video Shows 13-Year-Old Adam Toledo Put His Hands Up as He Was Shot by Chicago Police 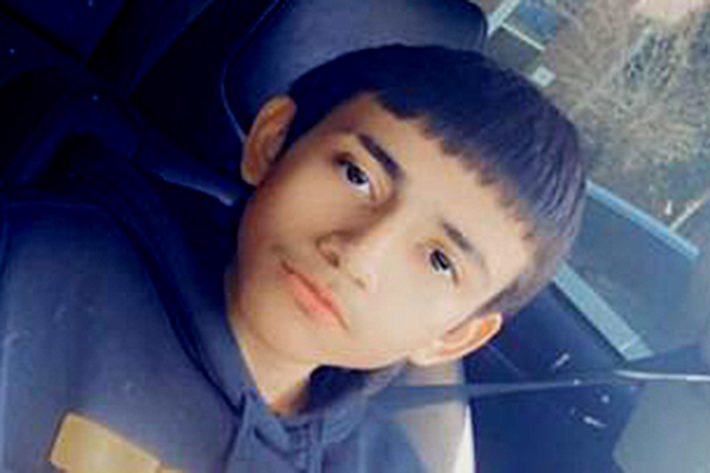 Newly-released body cam footage shows that the teen had his hands in the air at the time police opened fire and took his life.

Chicago Mayor Lori Lightfoot, speaking at a televised news conference ahead of the video’s release, described watching it as “excruciating.” She said “there’s no evidence whatsoever” the teen fired at officers before he was fatally shot in the early hours of March 29 while being pursued by an officer in the city’s predominantly Latino Little Village neighborhood.

Anticipating a backlash to the graphic video, Lightfoot pleaded during her comments at City Hall for “deep empathy and calm and, importantly, peace.”

The incident, which provoked protests across the city, once again pushed police violence nationally to the forefront, as jurors in Minneapolis hear a murder case against a former officer for the death of George Floyd while, improbably, the police shooting of another man, Daunte Wright, on Sunday in a Minneapolis suburb led this week to a manslaughter charge.

The officer who shot Adam in Chicago has not been identified.

The images described by the mayor were included among 17 body-worn camera videos from involved and responding officers, along with four third-party videos and two 911 recordings, released by the Civilian Office of Police Accountability, an independent agency that investigates encounters with police.

The footage was shared with Adam’s family prior to its public release.

“There are several videos that kind of start at the beginning of the episode, but watching the body cam footage which shows young Adam after he is shot is extremely difficult,” Lightfoot said.

“I would just say, and I’ve said this to a number of people on my staff … as a mom, this is not something you want children to see.”

The main video follows the officer who shot the boy driving to the scene following reports of multiple gunshots in the area around 2:30 a.m. Upon arriving, the officer exits his vehicle and runs down an alley in pursuit of a subject. “Police, stop. Stop right f—ing now,” the officer is heard yelling as Adam appears to stop near a fence at the end of the alley and turn toward the officer with his hands raised in the air.

“Hey show me your f—ing hands, drop it, drop it,” the officer says before firing one shot as Adam turns and puts his hands up, according to the video.

In the footage, it appears that both of Adam’s hands are empty.

As Adam falls to the ground, the officer approaches and calls for an ambulance while asking the teen where he was shot. “Stay with me, stay with me,” the officer can be heard saying.

The teenager was declared dead at the scene.

A man who was with Adam, 21-year-old Ruben Roman, allegedly fired the shots that attracted police, according to prosecutors, and is charged with reckless discharge of a firearm and unlawful use of a weapon by a felon, as well as child endangerment and violating probation, reports the Sun-Times. He is being held on $150,000 bail. It was not clear if he’d entered a plea.

Police said a 9MM Ruger handgun was found along the fence next to where Adam was shot, according to WGN TV.

The outlet reports that Cook County Assistant State’s Attorney James Murphy previously argued, “(t)he officer tells [Adam] to drop it as [Adam] turns towards the officer. [Adam] has a gun in his right hand.” But a spokesman for the state’s attorney’s office later told WGN the statement was inaccurate. “An attorney who works in this office failed to fully inform himself before speaking in court,” said the spokesman.

The video released Thursday makes clear that Adam was attempting to comply with the officer’s order, Adeena Weiss Ortiz, a lawyer for the Toledo family, said at a news conference Thursday, reports The New York Times.

In a joint statement released hours before the videos were made public, the Toledo family and the mayor said: “We acknowledge that the release of this video is the first step in the process toward the healing of the family, the community and our city,” reports WGN TV. “We understand that the release of this video will be incredibly painful and elicit an emotional response to all who view it, and we ask that people express themselves peacefully.”

In the Minneapolis suburb of Brooklyn Center, police and demonstrators clashed Thursday in a fourth consecutive night of protests over the shooting of Wright, a 20-year-old Black man, during a traffic stop. Officer Kim Potter, who resigned in the aftermath, was charged with manslaughter after the department’s chief – who also resigned – said he believed Potter had mistakenly grabbed her gun instead of a Taser. She has not entered a plea.

And in downtown Minneapolis, the city center is the scene of barbed wire, barricades and boarded up windows as authorities brace for a verdict as soon as next week in the trial of former officer Derek Chauvin, charged with killing Floyd by pinning him to the ground with a knee pressed to his neck for nearly nine minutes last May. Chauvin has pleaded not guilty to charges of second-degree murder, third-degree murder and manslaughter.

Floyd’s death, captured on bystander video that went viral, sparked protests across the country throughout last summer over racial injustice and police brutality.

Our hearts break for Adam, his family, and his community. #DefundThePolice

The post Heartbreaking: Body Camera Video Shows 13-Year-Old Adam Toledo Put His Hands Up as He Was Shot by Chicago Police appeared first on LOVEBSCOTT. 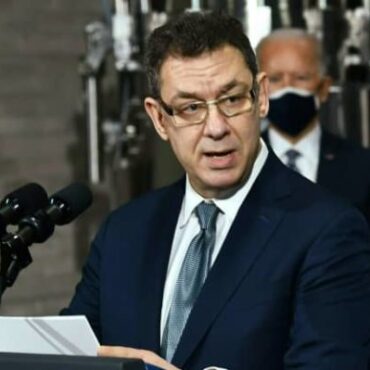 Pfizer CEO Albert Bourla has come forward to say that it’s “likely” people will need a third dose of a COVID-19 vaccine within 12 months of being fully vaccinated. via Complex: The Pfizer-BioNTech vaccine, like most other COVID-19 vaccines with the exception of Johnson & Johnson, requires two shots. Bourla has suggested that people might have to get vaccinated against the coronavirus every year, although it’s likely they’d only need to […]