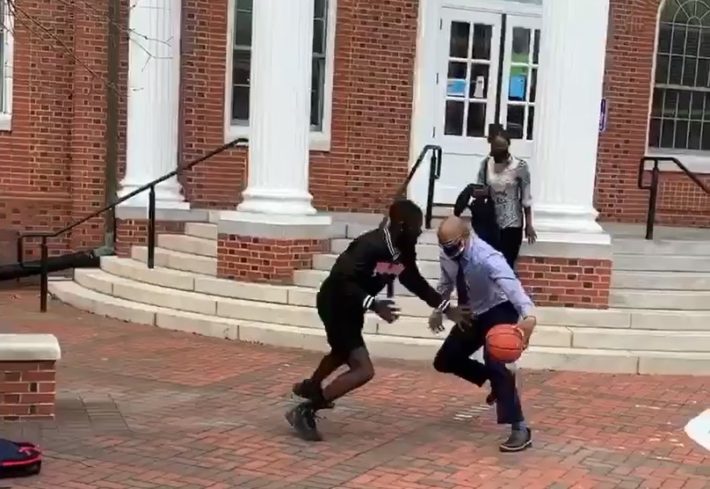 A Virginia State University student met his match when the president of the historically black university showed up during a basketball challenge.

via: Because of Them We Can

An HBCU president and graduate student had a basketball showdown on campus, Blavity reports.

Virginia State University (VSU) student, Afolabi Oyeneyin, recently posted a now-viral video of his college president crossing him over in a one-on-one basketball game. The footage shows Oyeneyin strolling around campus, showing off his basketball skills against anybody willing to take the bait.

The grad student starts showing out, embarrassing security guards and students alike. That is until VSU president Makola Abdullah steps on the scene. You see him coming down the steps in a crisp suit when Oyeneyin walks up to him for the challenge.

Before you know it, Abdullah steals the ball quicker than he can blink. He takes off his suit jacket to finish off the 24-year-old student. Abdullah bounces the ball off of Oyeneyin’s head before setting him up for an epic cross-up. As his ankles break, the crowd of onlookers goes wild!

I was walking around Virginia State & the President of the school just embarrassed me..?? pic.twitter.com/1hAh5MUISL

While he said it was difficult for him to take his “L” publicly, he expressed that he knew the video would go viral.

“I knew it was going to be big. But this is insane, to be honest. I’ve never seen that happen before. People are seeing it from all over the world,” Oyeneyin told reporters.

The video has already been seen more than five million times in the last 48 hours. After the game, President Abdullah took to Twitter, saying, “I’m just glad I got these knees working.”

“You already know it’s all love. I can’t wait until everybody is back on campus,” Abdullah captioned a picture of himself and Oyeneyin.

You already know it’s all love. I can’t wait until everybody is back on campus. pic.twitter.com/xajTnTwR7A

Oyeneyin was happy to sprinkle a bit of Black boy joy into the internet streets but is waiting patiently for his rematch.

It be your own school president.

The post HBCU President Flexes On Grad Student Trying To Show Off His Basketball Skills In Viral Video appeared first on LOVEBSCOTT. 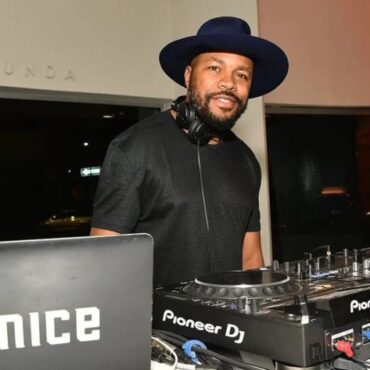