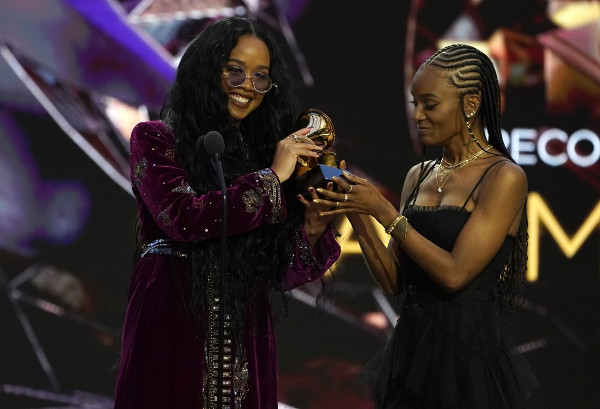 H.E.R. scooped up two Grammy Awards last night and she brought bomb songwriter Tiara Thomas on stage with her to celebrate. The ladies went to sleep as Grammy winners and woke up to news that they have been nominated for an Oscar! Deets inside…

The soulful songstress celebrated a huge win after she was awarded Song of the Year for her track “I Can’t Breathe,” a very much needed protest song. H.E.R. shares the Grammy win with songwriter Tiara Thomas and producer/songwriter Dernst “D’Mile” Emile II.

During the ceremony, H.E.R. brought Tiara on stage with her to accept the award. You may remember Tiara originally sung the chorus on Wale‘s 2013 hit “Bad.”

Peep a clip from their acceptance speech below:

On social media, Tiara shared flicks of herself on the red carpet:

Made it the Grammy’s pic.twitter.com/VFFwfYoATq

”Made it to the Grammys,” she captioned. The “Bad” singer has collaborated on several H.E.R. tracks, including “Avenue” and the double-platinum hit “Slide.”

This appears to be Tiara’s second recognition from the Recording Academy. She shared a plaque she received for lending her talents for H.E.R.’s self-titled album. The singer won the Grammy for Best R&B Album:

On the red carpet, the dynamic duo talked about how they channeled the pain they felt over police brutality and social injustice to create the powerful track. Check it:

The winning didn’t stop there… 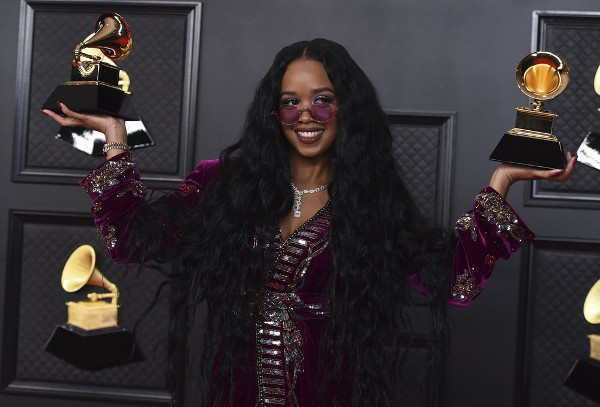 H.E.R. also won a Grammy for Best R&B Song for her feature on Robert Glasper’s “Better Than I Imagined.” She now has four Grammy Awards total. Sweet.

On the red carpet…

The “Slow Down” singer served up style and grace in a DUNDAS mid-calf robe in burgundy velvet with iris art nouveau motif embroidery paried with matching wide-leg Hamilton trousers from the D16 Collection.

H.E.R., Tiara Thomas & D’Mile were nominated for an Oscar in the Best Original Song category for their track “Fight For You,” which is a song from the Judas and the Black Messiah soundtrack.

went to sleep a Grammy winner last night, woke up nominated for an Oscar and I’m currently struggling to figure out what is life right now… pic.twitter.com/tW5ld04UmQ

She’s come a long way for sure.  Take a listen below: 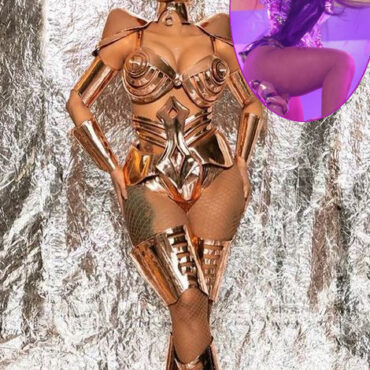 CURVES AHEAD: Megan & Cardi B Show OUT For Their ‘WAP’ Debut Performance At The Grammys

Megan Thee Stallion and Cardi B joined forces on stage for their first performance of their chart topper “WAP” at the 2021 Grammy Awards. And the Grammys never seen this much a$$ and thiccness on the stage before.  Peep their racy set inside… Megan Thee Stallion and Cardi B teamed up to turn up the heat at the 93rd annual Academy Awards, bringing “WAP” to primetime television. Both ladies kicked […]