Gunman Kills 6, Then Himself at Colorado Birthday Party

Six people were killed in a shooting early Sunday morning during a birthday party at a Colorado Springs, Colorado, mobile home, according to police.

Authorities said the incident occurred shortly after midnight when the unidentified gunman, who is believed to be the boyfriend of a female victim, walked into a party attended by family, friends, and children in a mobile home park in Colorado Springs and started firing at guests. Six dead bodies were found when police arrived, as well as a man with serious injuries. That individual was later pronounced dead at the hospital. No children were injured.

A nearby resident told the Colorado Springs Gazette that she was awoken by the sound of gunshots and people crying. She said she also saw two kids in the back of a patrol car.

Colorado Springs Mayor John Suthers called the shooting a “senseless act of violence,” and said an investigation is ongoing. Colorado Gov. Jared Polis’ statement centered around the fact that this happened on Mother’s Day, saying, “Many of us are spending the day celebrating the women in our lives who have made us the people we are today.”

Colorado Springs Police Chief Vince Niski said the officers and investigators who responded to the shooting were “left incredibly shaken.” Niski promised that the department will do everything it can to provide those who lost a loved one with answers in due time.

Police have yet to name the victims, saying they are working to notify their families. Sending our condolences to families of all the victims.

The post Gunman Kills 6, Then Himself at Colorado Birthday Party appeared first on LOVEBSCOTT. 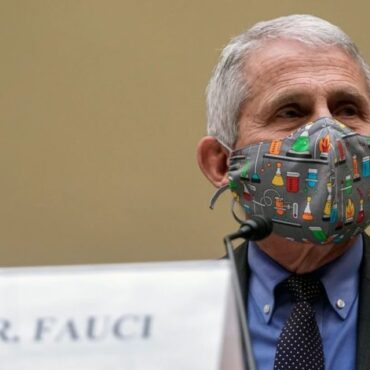 Dr. Anthony Fauci said Sunday that people may decide to wear masks during certain seasons when respiratory illnesses are more prevalent. via: New York Post He said Americans over the course of the pandemic have gotten used to wearing face coverings, which “diminishes respiratory diseases.” “We’ve had practically a non-existent flu season this year merely because people were doing the kinds of public health things that were directed predominantly against […]