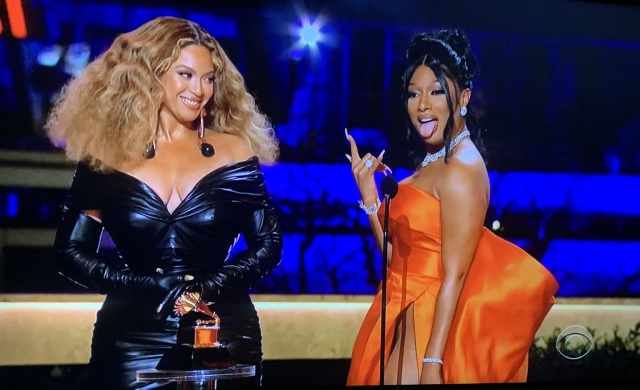 The prelude to another Hot Girl Summer just got hotter! Megan Thee Stallion won the coveted Grammy for Best New Artist, making her the first female rapper to win the honor since Lauryn Hill in 1999. Celebrate inside…

Listen, the turn up this upcoming Hot Girl Summer is going to be epic!

2021 is Megan Thee Stallion’s year and we love to see it! The Houston Hottie won the coveted Best New Artist award. Woot!

The last few years have been a rollercoaster ride for Meg. As her career started taking off, she suffered the lost of her mother, Holly, in Match 2019.

During her acceptance speech, she fought back tears while paying tribute to her.

“I know she is here with me in spirit,” she said.

Watch her acceptance speech below:

| Megan accepting her award for “Best New Artist” at the #GRAMMYs. pic.twitter.com/DjvPx2ZIbt

Meg’s win was the first time a female rapper won Best New Artist since Lauryn Hill won the honor in 1999. Take a trip down memory lane below:

…the “BODY” raptress scooped up another award: Best Rap Song! She won the award alongside Beyoncé for their collaboration track “Savage Remix.” Not only was the win a total surprise, Beyoncé’s presence was also a shocker. Apparently, Meg didn’t see when Bey and Jay-Z snuck in, so when she walked up to accept the award and saw Bey, she was SO shocked.

The fab female duo already made history with one Grammy win when they were honored with the Best Rap Performance award. They were the first female collaborators to win the award.

By the way, the Best Rap Song win awarded Beyoncé a total of 27 Grammy Awards, tying with Alison Krauss, who is the most Grammy-winning female artist of all time.

The Savage x Fenty ambassador WOWED in an orange Dolce & Gabbana gown that featured a high slit and bow. She accessorized the look with Chopard jewels. 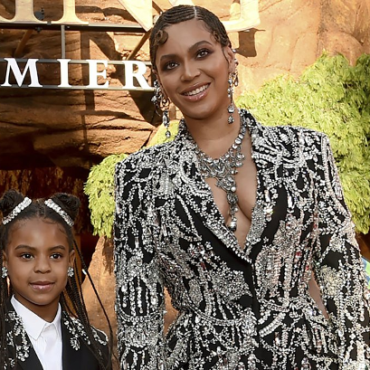 HERstory was made at the 2021 Grammy Awards by one famous 9-year-old. Blue Ivy Carter won her first Grammy Award for her part in Beyoncé's “Brown Skin Girl” featuring WizKid. She’s now the second youngest winner in Grammy history. Celebrate inside… Our niece is growing up y’all! And she’s making HERstory at the tender age of 9. Blue Ivy Carter hasn’t even reached a decade of life and she’s already […]