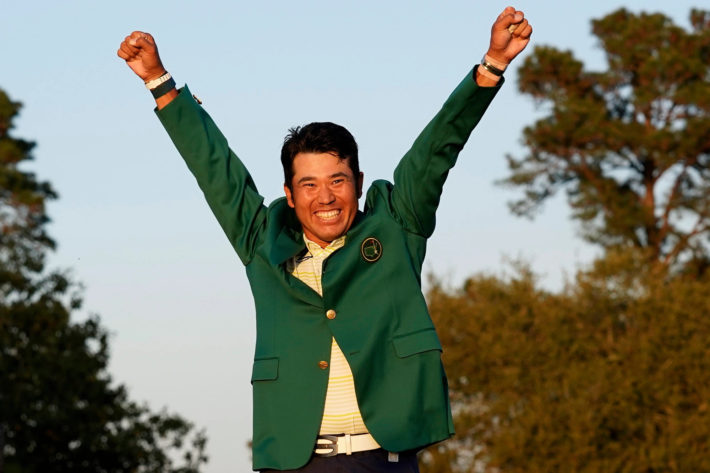 Matsuyama, who began the day with a four-shot lead over four players, shot a final-round 73 and finished 10-under par, one shot clear of runner-up Will Zalatoris. Jordan Spieth and Xander Schauffele finished at 7-under, while Jon Rahm and Marc Leishman finished at 6-under.

When it was over — when Matsuyama, who had a two-shot lead entering the 72nd hole, two-putted for bogey on 18 and hugged his caddie — the expression on his face was equal parts relief and joy.

He, too, looked a little bit lost without his family greenside on the 18th hole like we often see greeting the winner. Matsuyama’s wife and child were back in Japan watching on TV as the tournament ended at around 8 a.m. Japan time.

“I was thinking about them all the way around today,’’ Matsuyama said through his interpreter. “I’m really happy that I played well for them.’’

He also played well for Japan, which surely rejoiced over breakfast as the blazing afternoon sun set over Augusta National as did Japan’s drought without a major champion.

“Hopefully, I’m a pioneer in Japan and others will follow me,’’ Matsuyama said. “I’m glad to open the floodgate and hopefully many more will follow me. I’m very happy.’’

Matsuyama fought back nerves that perhaps caused him to block his opening tee shot deep into the pine trees to the right of the first fairway. He staved off those nerves when his lead had evaporated from four to a mere single shot fewer than 15 minutes after he hit that first tee shot.

“My nerves really didn’t start on the second nine,’’ Matsuyama said. “It was right from the start … right to the very last putt.’’

Before Sunday, players from 11 different counties had won the Masters. Matsuyama’s win makes Japan the 12th.

Ten years ago Saturday, Matsuyama was the low amateur at the 2011 Masters, awarded the silver cup inside the very Butler Cabin where he had the green jacket slipped over his shoulders Sunday evening.

This Masters, though, was the pièce de résistance to Matsuyama’s career, his sixth PGA Tour win and first major.

“The biggest story is Hideki,’’ Adam Scott said before Matsuyama teed off Sunday. “He’s got such a big following every week, no matter how he plays, I think he’d become the superstar of Japan if he isn’t already.’’

Louis Oosthuizen, who like Scott has teamed with Matsuyama on the International Presidents Cup team, was prescient when speaking about Matsuyama before he began his final round.

“If you looked at some of the shots he hit [Saturday] afternoon … I’ll be very surprised with him giving it away,’’ Oosthuizen said.

Indeed, when Matsuyama looks back on this historic victory, he’ll see that he slipped one arm into the green jacket on Saturday afternoon with his scorching back-nine 30 after a 78-minute rain delay. He played the final eight holes in 6-under and seized control of the tournament, taking that four-shot lead into Sunday.

Schauffele made the most spirited charge at Matsuyama, carding consecutive birdies on Nos. 12, 13, 14 and 15. The run, coupled with a Matsuyama bogey on No. 15, where he hit his second shot into Rae’s Creek, whittled the lead to just two shots, Matsuyama at 12-under and Schauffele 10-under.

Suddenly, with the two standing on the par-3 16th tee, it was game on … until it wasn’t.

Schauffele threw his chances away when he rinsed his tee shot into Rae’s Creek to the left of the green and took a triple-bogey 6, which unglued his round. It was the first triple bogey Schauffele had made in a major championship, spanning 1,041 holes.

“I was coming in hot,’’ Schauffele said. “I was feeling good. Hideki surprisingly went for the green [in two] on 15, so I felt like he gave me a little bit of hope. Then I was a little hyperaggressive on 16. I fought hard. I gave him a little bit of a run, brought a little bit of excitement there in the end and unfortunately hit it in the drink.’’

Matsuyama three-putted the 16th green to take bogey and drop to 11-under, two shots ahead of Zalatoris, who’d just parred 18 to finish on 9-under and was the leader in the clubhouse.

That left 17 and 18 for Matsuyama to handle in no worse than 1-over par to bring it home, which he did. 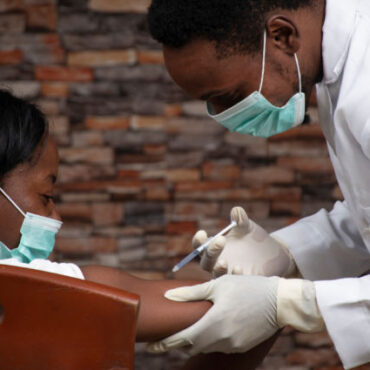 Poll Shows More Black People Are Willing to Get a COVID-19 Vaccination. Will You Get Yours?

I’m not an anti-vaxxer. In fact, I truly believe that most anti-vaxxers are pseudointellectual faux-spriracy theorists whose “research” ends at whichever YouTube doctor is saying the thing they’ve already decided was true before receiving any real info at all. Read more...