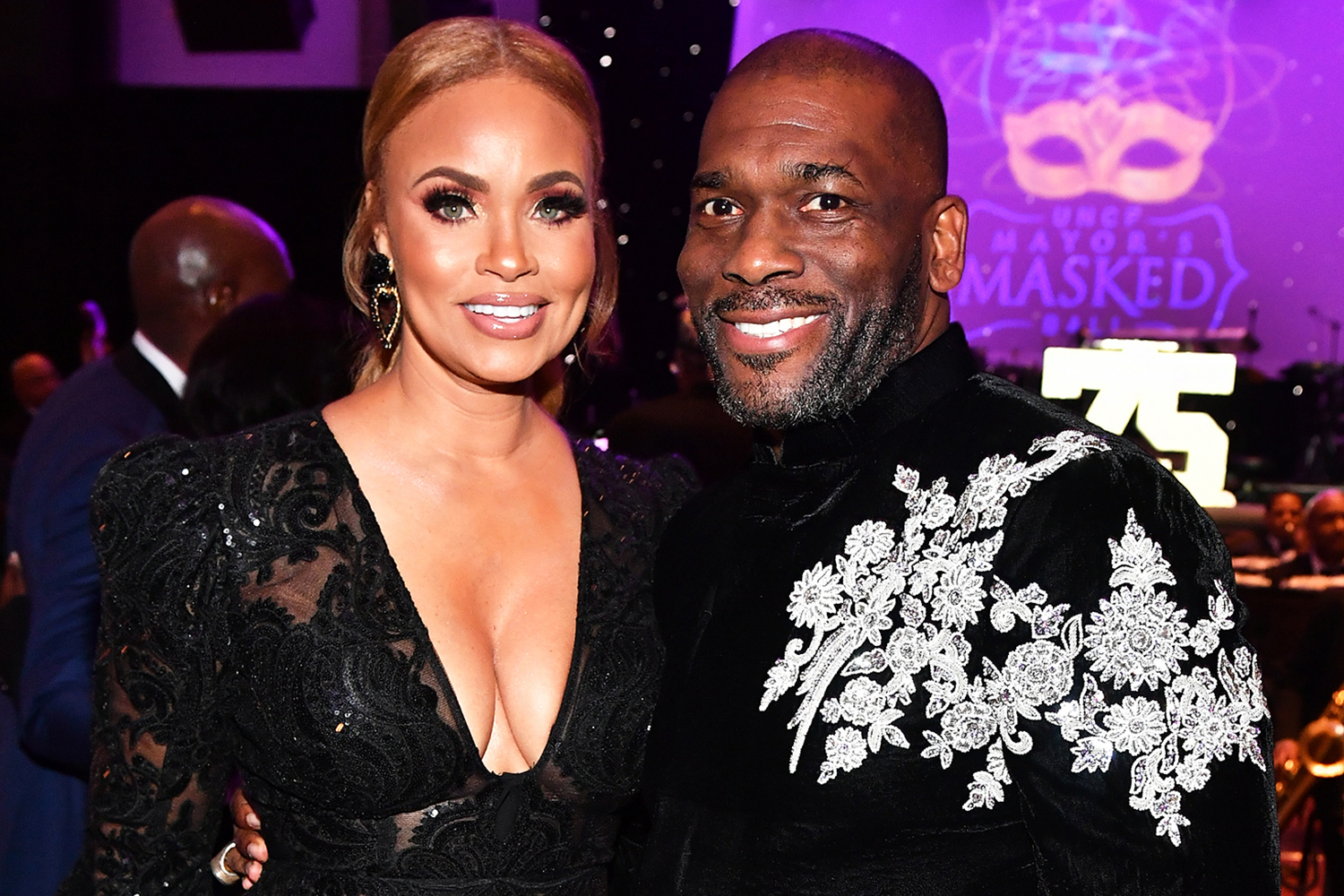 Gizelle Bryant is getting back to dating — but she’s taking it slow.

During Sunday’s episode of The Real Housewives of Potomac, Gizelle, 51, discussed the concept of dating with her three daughters, Grace, 16, and twins Angel and Adore, 15, whom she shares with ex-husband Jamal.

The former couple, who were married from 2002 to 2009, split after Jamal had an affair. Gizelle revealed in 2019 that they had rekindled their romance, but they later broke up again, with Gizelle telling E! News that she was single in July.

“Guys, how do you guys feel about me, you know, going out every now and again?” Gizelle asked her daughters.

Gizelle looked shocked at the girls’ comments, but they continued. “It’s looking like you don’t have anyone near you,” Angel said, with Adore chiming in again, “Yeah, you’re pretty lonely.”

“Okay, but right now I’m casually dating,” she told them, noting that she’s not interested in a serious relationship with anyone.

In her confessional, Gizelle confirmed that she was dating, but added that “these are just casual encounters.” When asked who the man in question was, Gizelle quipped to producers, “None of your business.”

While chatting with her daughters, Gizelle tried to turn the conversation into a lesson for them.

“Speaking of dating and all that kind of good stuff, you guys made it very clear to me that I’m emotionally unavailable,” she told them. “I have not necessarily been vulnerable in my relationships with men. Okay, so you guys are going to start dating, very soon — if you’re not already, Grace Gizelle Bryant — and I don’t want you guys to be that way.”

“Well, it’s harder for us because we don’t see you in relationships. It’s hard to look up to you or dad,” Grace said.

“It’s hard to see what it’s supposed to look like,” Adore said, as Gizelle commented, “Wow, this is worse than I thought.”

“I mean, it’s not your fault, but it’s just, like, it’s just hard for us, and it’s gonna be hard for our whole lives because we never had that experience,” Grace said.

“I was born with walls, I just did not know what they were until my children are staring me in my face and telling me,” Gizelle told the cameras. “Emotionally, I am as tough as it gets, but I don’t ever want to be so tough that I can’t be a better example to them.”

“There’s a lot of things that I could have discussed with your father to make things better in our relationship, and I chose not to,” she then said to her daughters. “That’s on me. It’s okay to talk about how you feel.”

After hearing the advice, Adore noted that Gizelle “should lead by example.”

“So accept that mommy’s gonna do better,” the mom of three said, with Grace replying, “I do, but it’s been 50 years of struggle.”

Later in the episode, Gizelle took the conversation about her being “emotionally unavailable” to her therapist.

“I always want to make sure I’m being my best self, especially when it comes to me being a mom, and my kids are gonna hit me upside the head with the fact that, you know, mommy’s not emotionally available for them, then definitely I’ve got to do something about it,” she said in her confessional.

In her therapy session, Gizelle discussed reconnecting with and then splitting from Jamal after their divorce.

“Why did you reconnect with your ex-husband?” the therapist asked.

“Good question. I don’t know, I just felt like I was at a place where I wanted to take that leap, you know, to get the family back together,” she said. “I felt like he was looking at me a little bit different, with much more respect. And before the pandemic we were seeing each other all the time, flying back and forth, all that.”

However, Gizelle said that not being able to see each other during the COVID-19 pandemic changed things for her.

When the therapist asked what messages she thinks she offers her daughters about relationships, Gizelle responded, “Probably not good ones.”

“Now, they’ve seen their parents reconnect and then now separate, and they’re wondering what is love? What is it, what is it really all about?” he said, while Gizelle interjected, “This is horrible.”

“Maybe you just haven’t had honest open conversations with them about what you’re going through,” he continued.  “They say, ‘Mom, you’re not emotionally available,’ right? That means you’re cold.”

“I thought I was doing a good job, apparently, I’ve been having some missteps,” Gizelle said, as her therapist recommended, “Let your walls down. Because when your walls come down, it’s a beauty that comes out. You have the opportunity to make a major change. And when your daughters grow up, they’re going to remember how they felt around you, that connection.”

“When it comes to relationships, I feel like emotionally I am as tough as it gets,” Gizelle said. “But I do want to set a good example for my girls, and help them whenever they get into their relationships and to know my door’s always open for them, and they’ve got to be able to feel that.”

“If you’re telling me that these things will help my children, then I’m going to do it,” she concluded.

‘The Real Housewives of Potomac’ premieres Sundays at 8 p.m. on Bravo. 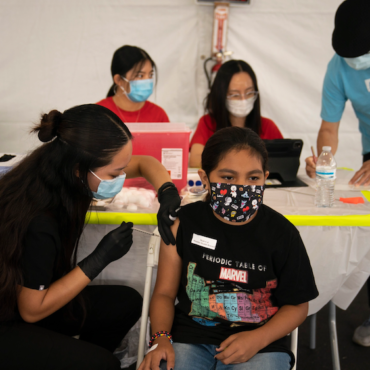 COVID Vaccines Could Be Available for Kids Aged 5 to 11 by Second Week of November, Says Dr. Fauci

Vaccines for children will “very likely” be available the first or second week of November, according to White House Chief Medical Adviser Dr. Anthony Fauci. via ABC: “If all goes well, and we get the regulatory approval and the recommendation from the CDC, it’s entirely possible if not very likely that vaccines will be available for children from 5 to 11 within the first week or two of November,” Fauci […]