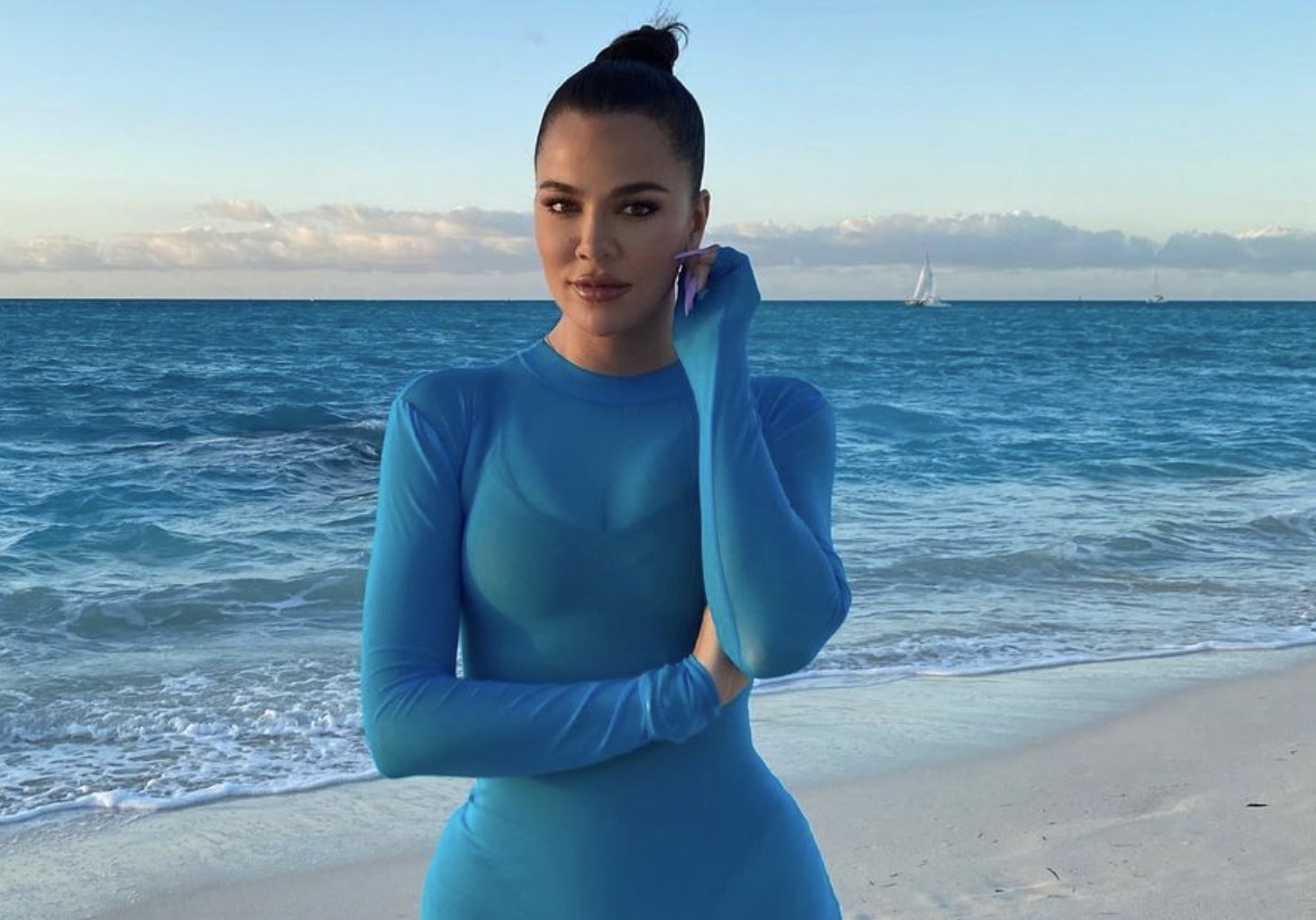 The post features a throwback photo of the Keeping Up with the Kardashians alum, 37, standing on the beach in a sheer blue long-sleeved bodycon dress. In the caption, she wrote: “Day dreaming of being here ?”

The Boston Celtics player, 30, commented several heart-eyed emojis under the snap, despite having split with the reality star last month.

PEOPLE confirmed in June that Kardashian and Thompson had called it quits once again.

According to TMZ and the New York Post’s Page Six, which first reported the breakup, the couple split after Instagram model Sydney Chase claimed in April that she slept with Thompson last fall while he was with Kardashian. (Thompson’s lawyer denied the allegations at the time, according to TMZ.) The news of the split also came on the heels of a Daily Mail report that Thompson was seen partying with multiple women in Los Angeles.

Though the exes are no longer together, a source told PEOPLE this week that Thompson is “still trying to get Khloé back. He hasn’t given up and he doesn’t think the door is closed.”

A second source told PEOPLE that Kardashian is focusing on the positive as the exes continue to co-parent their daughter True.

“Khloé is doing okay. True will always be her first priority and ultimately she’s focused on a healthy family for her daughter, so Tristan will always be a part of Khloé’s life,” the second source said.

The second source continued, “She’s not one to dwell on the past — she has an incredible capacity to find the positive in every situation. And she and Tristan are still very much in touch and are great co-parents to True.”

Khloé should just block him. They don’t have to follow each other to be co-parents.

Joe Rogan is causing controversy not only among listeners of his show, but also among Spotify employees behind the scenes. via NYP: Joe Rogan, the notoriously polarizing host of “The Joe Rogan Experience,” America’s most popular podcast in 2020, is upsetting some Spotify staffers, according to a report. Employee complaints, however, fall on the deaf ears of company executives who paid the 53-year-old comedian more than $100 million to exclusively […]