‘Genius: Aretha’ Got Pushed Back Due To The Pandemic, Here’s The New Premiere Date & New Poster 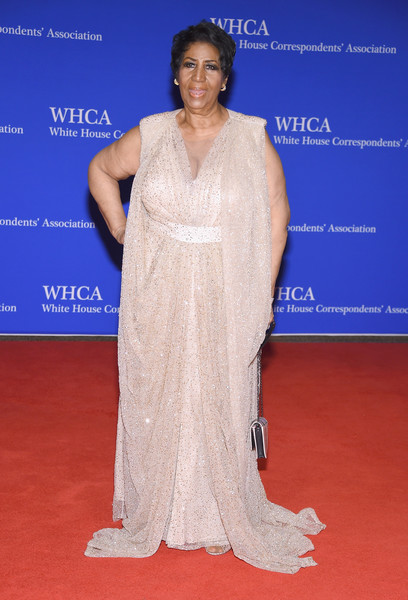 The COVID-19 pandemic pushed the premiere date of “Genius: Aretha” back. Now, it’s a go! See Cynthia Erivo as Aretha Franklin in the new poster and more about how the delay messed up the EMMY run inside….

Cynthia Erivo has been tapped to portray “Queen of Soul” Aretha Franklin in season three of Nat Geo’s EMMY winning anthology series “Genius.” It was originally scheduled to be released right before Memorial Day Weekend 2020, but COVID. The plan was to have each episode air over four consecutive nights in late May 2020, days before the EMMY Awards’ eligibility period ended (May 31st).

No worries. “Genius: Aretha” will now be eligible to be nominated this year since it’ll premiere two months before the eligibility date. Get ready to be engulfed in some soulful vibes when the limited series premieres in March 2021.

“Genius: Aretha” is billed as the first-ever, definitive and only authorized scripted limited series on the life of the musical icon. It will chronicle Aretha’s incredible music career, her musical genius and the impact she made on music and culture around the world.

The Broadway starlet will perform songs from Aretha’s legendary catalogue. Several of the singer’s biggest hits will also be featured in the series, including “I Never Loved a Man (the Way I Love You),” “Chain of Fools,” “Don’t Play That Song” and “Baby I Love You,” along with her performances of “Freeway of Love,” “I Knew You Were Waiting for Me” and “Sisters Are Doin’ It for Themselves.”

Not only that, her activism for civil rights will also be featured.

And introducing Shaian Jordan as young Aretha Franklin, Little Re.

“Genius: Aretha” will premiere on National Geographic this March. Will you be tuning in?

Rapper YFN Lucci is wanted by Atlanta police in connection to the death of a 28-year-old man. More inside…. YFN Lucci’s 2021 started off great! The Atlanta rapper’s love life was looking to be on the up and up since he got his girlfriend Reginae Carter back. His flex game also elevated after he was gifted the first 2021 Maybach SUV in the U.S. to celebrate his success in the music business. TIG Records honcho Girvan "Fly" Henry coughed up […]