G Herbo and Taina Williams just announced the arrival of their baby boy – their first child together. The baby’s arrival comes on the heels of a report that claims the Chi-town rapper entered a “not guilty” plea for lying to the feds in his wire fraud case.

Celebrate with the couple, plus get the latest reported deets on his scamming case inside…

It feels like Taina has been pregnant forever, but their baby boy has finally made his arrival. The Chi-town rapper announced that they recently welcomed their first child together with an intimate photo. The flick features the baby’s hand balled up against Herbo’s chest and arm:

Fans found out Herbo and Taina were expecting when details about a pregnant fiancée came out during his wire fraud case hearing.

The celeb couple tried to keep the baby’s gender under wraps, but Herbo had diarrhea at the mouth whenever he hopped on IG Live. There were two instances where he slipped up and revealed the baby’s gender.

I CANT WAIT TO SEE YOU EMBRACE YOUR INNER STRENGTHS & I KNOW MY SON GONNA HELP YOU DO JUST THAT!! I LOVE YOU! I CANT WAIT TO SEE MY BABY BABY BOY IK HIS FIRST WORDS GONNA BE “DADA” YEAH I GAVE THE GENDER AWAY ON ACCIDENT THE OTHER DAY BABY BOY + SON SON = DOUBLE TROUBLE pic.twitter.com/yqBiPPs0zE

”I CANT WAIT TO SEE YOU EMBRACE YOUR INNER STRENGTHS & I KNOW MY SON GONNA HELP YOU DO JUST THAT!!,” G Herbo tweeted back in April. “I LOVE YOU! I CANT WAIT TO SEE MY BABY BABY BOY IK HIS FIRST WORDS GONNA BE ‘DADA’ YEAH I GAVE THE GENDER AWAY ON ACCIDENT THE OTHER DAY. BABY BOY + SON SON = DOUBLE TROUBLE”

As you know, the PTSD rapper has a 3-year-old son, Yosohn Wright, from a previous relationship with Ari Fletcher. In the past, Taina and Ari didn’t seem to see eye-to-eye too much. However, the ladies came together for Yosohn’s birthday bash last month. Peep the video of the ladies snapping it up together during the party HERE.

On May 25th, G Herbo (real name Herbert Wright III) reportedly entered a “not guilty” plea via a Zoom conference with U.S. District Judge Mark G. Mastroianni in Springfield, Massachusetts. The Swervo rapper has been accused of lying about participating in alleged identity/wire fraud and his dealings with the man identified as his manager, Antonio Strong.

Masslive.com has reported details about the hearing below:

His demeanor was a far cry from his posture behind the microphone on a song called “Statement,” which dropped in late December. The lyrics include calling federal prosecutors “dumbasses” and thumbing his nose at the charges. G Herbo, whose given name is Herbert R. Wright III, surrendered to authorities in early December — one of six defendants charged in the original case.

He pleaded not guilty to those charges and was released on bail. He currently lives in Los Angeles.

The alleged ringleader of the $1.5 million credit card scheme was Chicago rap promoter Antonio Strong, who purchased private jet charters, yacht rentals, designer puppies and luxury getaways to Jamaica, according to prosecutors. The case is being prosecuted in Massachusetts because one of the vendors allegedly scammed in the enterprise is a charter flight company located in the Bay State.

Leaders of the scheme are accused of using the dark web to obtain stolen credit card information and using fake names, according to the original indictment.

This past December, G Herbo turned himself in to police over the 14-count indictment, to face charges that include conspiracy to commit wire fraud, aggravated identity theft, and aiding and abetting.

The next pretrial hearing in the case is set for August 5th.

Herbo and Taina are also building their first home together, so there’s plenty to get done before August. 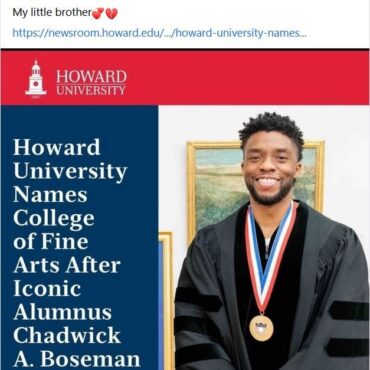