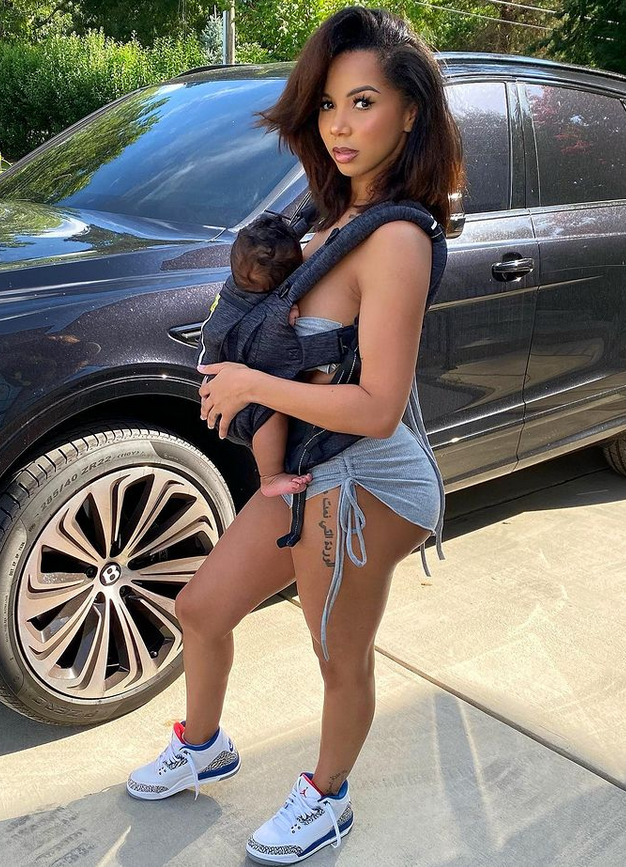 Every person who thinks Brittany Renner “trapped” NBA baller Paul “PJ” Washington – she wants you to know that’s cap! The 29-year-old mom claims the 23-year-old NBA baller knew exactly what he was getting himself into.

Oh, and she also talks double standards, comparing their age gap to that of Beyonce & Jay-Z, and more. Get it all inside…

IG model Brittany Renner is fed up with the Internet accusing her of “grooming” NBA star Paul “PJ” Washington for a child support check.

There have been tons of memes posted on social media, joking about their public breakup, accusing the brand ambassador of trapping the Charlotte Hornets player for money. There’s even a hashtag, #FreePJ, that tends to trend a lot on social media. #FreePJ is flooded in her IG comments.

Well, Brittany claims those gold digging rumors are the farthest from the truth. Yes, she’s six years older than PJ, but the first-time mom said he knew EXACTLY what he was doing when he got her pregnant with their son, Paul Jermaine Washington III, who was born May 5, 2021.

The 29-year-old mom chopped it up with DJ Akademiks on his podcast “Off The Record” to respond to the online chatter that she used PJ to get to the bag. She said men need to start being held accountable for their actions.

Some people were convinced Brittany “trapped him” after he posted tweets about her “faking” during their relationship. However, it seems the twosome were having very serious relationship conversations about expanding their “family.” 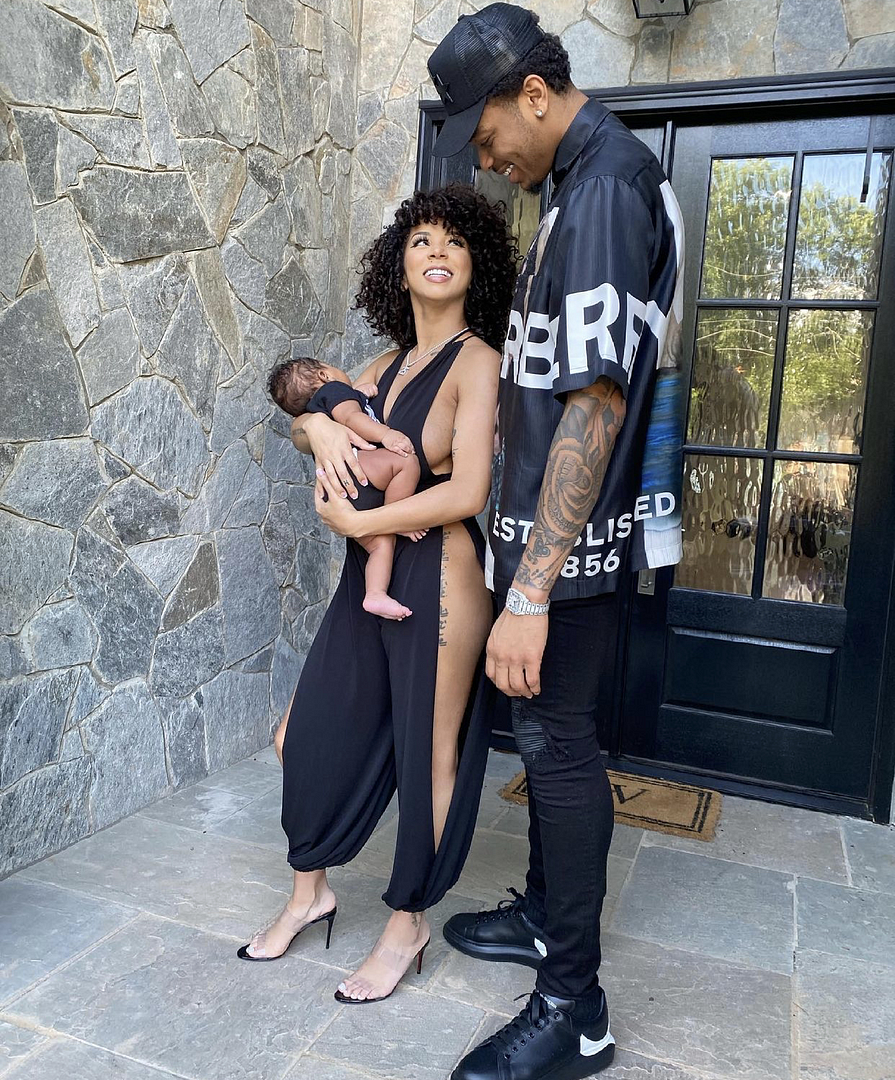 Apparently, Brittany and PJ actually discussed having a baby before she got pregnant. She said she on birth control when they first started messing around.

“Like I told you, I was on birth control up until I had a conversation with my baby father. So what you do think happen?”

DJ Akademiks responded that men mature slower than women and since she was older, essentially she took advantage of him. A little backstory, Brittany and PJ met when he was 20 (still in college) and she was 26. After he invited her to a Kentucky Wilcats game, they got close, and started a relationship.

“It’s because men and women are held to different standards. Y’all want to look at a 20-year-old who wanted to f*ck. I was 26 when I met him. You what to f*ck with me. Here’s what it is. Stop acting like someone had to pull the wool over his eyes. I was exactly who I am right now.

It seems Brittany is a “take it or leave it” type of girl. She said she has been the exact same person since they met, so folks have it twisted.

“I have no reason to lie about anything I’ve done or the person I am,” she said. “And I believe in full transparency. The ideal relationship to me is for my partner to know everything about me. So, please stop playing this victim narrative. If you wanted to just f*ck me and say she’s trophy p*ssy and I hit Brittney Renner. That’s that.”

To further prove her child isn’t an “oops” baby, she pointed out that her son is named after his father and said he told her he wanted her to have his baby.

“Why did we have a baby? Our baby’s name is Paul Jermaine Washington III. Does that sound like an oops baby? Does that sound like someone who was bamboozled? You asked me to move in with you. You wanted me to have your child at 22 years old…and here we are. I told you I am OK to wait. I am not in rush. I am a very spiritual person. I trust in divine timing.”

Brittany shared she gave PJ the option to become a father or not and he told her he wanted the baby. She said she would’ve agreed to an abortion if he didn’t want it.

Brittany said she would never have a child for money. She thought she would “hang her jersey up” after she got into a relationship with him because she really thought he saw her for her. If she was only out to have a baby for a bag, she said she would have gotten pregnant by a baller (with more money) a long time ago, and not at age 29.

“A man is not a financial plan. I don’t know how many times I have to say that. That’s why I been doing this myself. I really thought I had my guy,” she said.

There were rumors that PJ is paying Brittany $200,000/month and PJ quickly responded, calling it cap. Brittany said he does pay child support, but didn’t disclose the amount.

At some point during their relationship, Brittany said she thought she would marry PJ.

“I was trying to get married,” she responded after Akademiks asked if she wanted to marry him. “I thought that was my guy and not sure why it’s so hard for y’all to believe that.”

It’s frustrating for Brittany because she’s tired of double standards. She said people don’t keep the same energy for other celeb couples, such as Beyonce & Jay-Z (who have 11 years between them) and Lori Harvey & Michael B. Jordan (who are 10 years apart).

Akademiks called Brittany said she’s not a side chick. The men she listed in her book about her sexcapades with celebs – she said she was never a side chick to them. However, she did admit she played the side chick role in one relationship, but she did that when she had low self-esteem:

This whole convo was wild pic.twitter.com/X4NDUa6Gev

Despite their drama, doe she think they will ever get back together?

“I always say, never say never because I feel like if you say never, the universe makes an example out of you. But, I feel like if I have to disrespect myself to be with a man, that will never happen. I will not be with him,” she said. “I want him to be happy, but it will not be at the expense of my sanity or my peace.”

A post shared by Off The Record Podcast (@offtherecordclips)

You can listen to the full interview here. 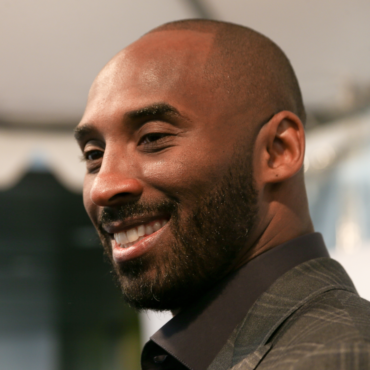 Kobe Bryant's smart investment moves have paid off handsomely for his family after a huge sale of BodyArmor sports drink to Coca-Cola. His estate could reportedly profit $400 million!   Details inside... While the world knew Kobe Bryant as one of the greatest NBA players to ever hit the court, he was also big on making investments that would grow his empire for years to come. Kobe's path to billionaire […]