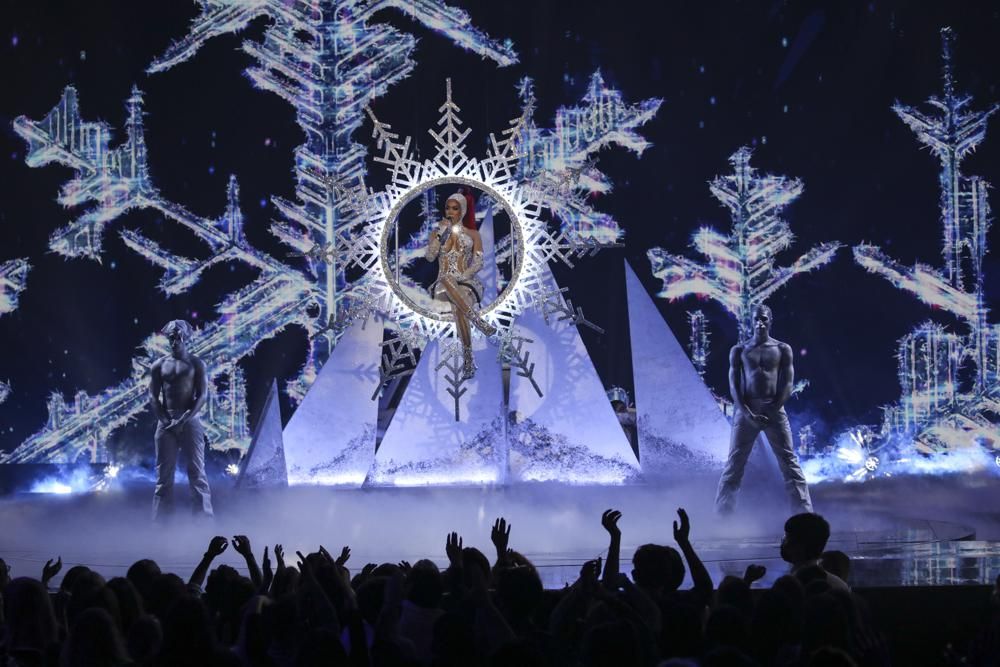 iHeartRadio Jingle Ball and Rolling Loud California were…many things. Folks are giving their two cents about Saweetie’s performance …or lack thereof. Also, concertgoers were surprised to see Kanye West when he popped out for a mini set during Future’s slot at Rolling Loud.

ICY queen Saweetie was tapped to hit the stage to perform her hits at this year’s iHeartRadio Jingle Ball.

Ok, so maybe Saweetie isn’t known for having the most metaphorical lyrics and bomb punchlines and bars. However, the ICY GRL – who is nominated for her first two Grammys – does have some bops that trend on TikTok and the songs also seem to make a splash on the radio waves.  Plus she’s one of the hardest workers in the game – flexing her acting skills on “Grown-ish” and being a brand campaign queen.

Unfortunately, her stage presence could still use some work. Since the former majorette hit the scene with performances in 2018, fans expected some growth. And her performance yesterday didn’t give what it was suppose to give, according to the Twitter streets.

Peep the reactions below:

saweetie it went from worse to worser pic.twitter.com/MLhPadJeTq

saweetie after taking two steps and forgetting her lyrics pic.twitter.com/JiCE61ApAm

She should have been practicing vs hanging around Lil baby… pic.twitter.com/fyRuOMNh4G

not my fault saweetie is over pic.twitter.com/wxV1jTFYPm

Sis sounds like she just ate a Saweetie meal from McDonalds right before she got on stage. https://t.co/IrjgTU4TaK

saweetie is not a bad performer; i just think that her ppl need gotta stop trying to force all these fucking dance routines on her. she is a RAPPER. and with the type of cadences she use, all that jumping around would have ANYONE outta breath.

UPDATE: This is the move Saweetie was trying to do She should have just let them do it lol pic.twitter.com/UZGuX4NQ6m

This is Saweetie needs to look at to learn how to rap on stage instead of dancing. Shawnna is valid. CHI TOWN https://t.co/hWmlzcHyh3

Saweetie just needs to be an Internet personality or fashion girl and that’s it. https://t.co/EQxVmuCWji

Yikes. We still love her though.  As long as y’all stay silent on these male mumble rappers who do the absolute least while they make millions and get all the praise, we’re gonna stick beside her.

The annual Rolling Loud California Festival brought the biggest names in Hip Hop to the west coast for some nonstop good times over several days at the Nos Events Center in San Bernardino.

After his Free Larry Hoover Benefit Concert with Drake, Kanye “Ye” West made a surprise appearance during Future’s headlining set. Ye ran through some of his classic hits, including “Hurricane,” “Praise God,” “Father Stretch My Hands Pt. 1,” and his 2007 Graduation track “Can’t Tell Me Nothing.”

Ye’ freestyle over Fuck Up Some Commas… This was the highlight of my night!!! @RollingLoud pic.twitter.com/y2Rop0CP6n 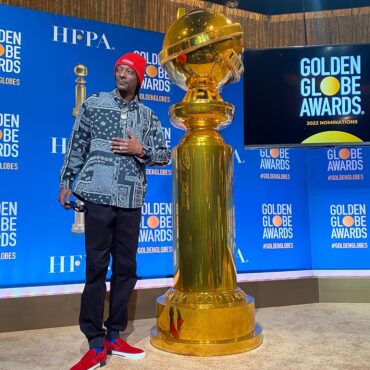 The 2022 Golden Globes nominations are in! And Snoop Dogg helped with announcing this year’s nominees, which include Beyoncé, Will Smith, Mahershala Ali, King Richard and more! Peep the YBF nominees inside… The Hollywood Foreign Press Association has officially announced its nominees for the 79th annual  Golden Globes, which will recognize the excellence in film and television. Several of your TV and movie faves nabbed nominations. As a total surprise, […]