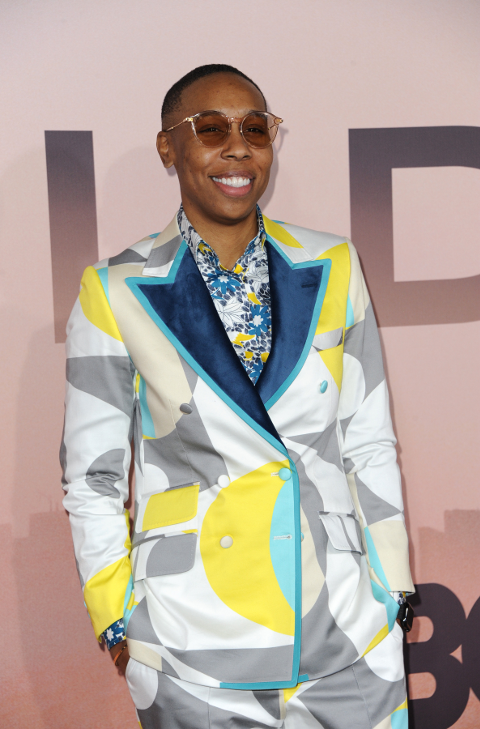 The trailer for Amazon’s new series “THEM” isn’t sitting well with some people, so they’re making sure executive producer Lena Waithe knows it. More inside…

The Los Angeles Times described the shocking scenes in the series as “more realistic scenes of racist violence, which are arguably more disturbing than the vivid images in its recent predecessors.” The series tells the story of racism in America’s suburban neighborhoods in the 1950s.

The trailer is def giving Jordan Peele Get Out vibes, combining social commentary with horror movies, but this show may have missed the mark. Peep the trailer below:

#THEM is the most depressing traumatic piece of ass show I’ve ever seen. Amazing cast but that story line is just evil. One thing about Lena Waithe is that she will make sure black people suffer in whatever film or show she’s apart of making

Black people consume self-hating media so regularly that someone has repeatedly green-lit each Lena Waithe brainchild, in spite of them becoming increasingly more gruesome. Someone believes that there’s a market for Black trauma. Someone invests money into our pain. https://t.co/sqJkT1Eiip

Stop supporting people that exploit, commodify, and re-energize black traumas only to satisfy white viewers. Creators like Lena Waithe and Tyler Perry need to reevaluate the stories they bring to life. #them ain’t it. pic.twitter.com/gwLSlXEqOP

DO NOT WATCH #THEM. My sweet, horror genre loving fiancée just had to turn it off & when she explained why, I almost vomited.#lenawaithe work consistently perpetuates graphic, gratuitous violence against Black women & children. An artist make anything yet our blood is her ink.

On the flip side, some people noted she only executive produced and was not in charge of writing, showrunning, etc.

Just a reminder that Lena Waithe didn’t write the script, create, showrun, or direct Them. Not to say that you shouldn’t discuss her in the context of her involvement in it as a producer because her name carries weight. I have criticized her myself.

Them, the Amazon series, is an instant classic! Little Marvin, Lena Waithe & team have captured lightening in a bottle. The series is complicated, unnerving, complex, disturbing, unsettling, heartbreaking, terrifying & absolutely brilliant. I encourage you to tune in.#Them

Little Marvin – who created the series – isn’t fond of his work being compared to Jordan Peele’s. Here’s what he told The Grio:

“That part, yes, helped me to know that there is a space for it, helped me to know that there is a massive Black horror audience who is ready for stories, who will show up for stories like this. That part, absolutely,” he said. “My inspirations were way, way, way back. I mean, from the 50s, 60s, and 70s. The films of that time were hugely influential in my mind. Everything from The Exorcist to The Shining, these were my favorite movies of all time so I really wanted to pay homage to those.”

“I think what I would say about the time that we’re in and the sort of similarities is that I look forward to a day where the sandbox has been so even that we’re all in the sandbox and there’s so many of us and so many of our stories that those comparisons don’t get made anymore. You know, there are a thousand stories that center white folks that come out every day that are interchangeable in my mind,” he continues.

“No one ever draws those parallels, but you have three Black things in four years and it’s sort of a war. So, again, like in the way that Lena Waithe opened the door, for me, my hope is that with this project, I can kick the door open. If we can have a flood of Black voices in this space, that question will never have to get asked.”

“Will everyone go on that journey? Maybe not. But I hope that the journey is rewarding enough that the folks who stick to it are going to feel rewarded by having gone on that journey with us.”

Have you watched? “THEM” is currently streaming on Amazon Prime Video. What do you think about the horror series? 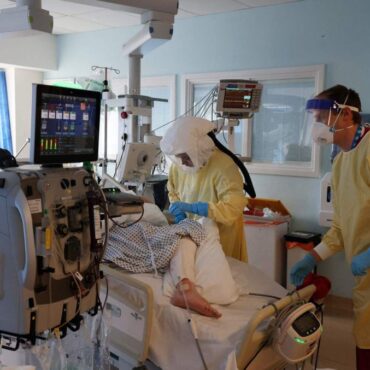 Further research is shedding light on the potential effects of B.1.1.7, the mutating coronavirus strain that originated in England last September. What We Know: A new study published by The Lancet Infectious Diseases on Monday concluded that people infected with the more contagious United Kingdom coronavirus variant known as B.1.1.7 did not experience more severe symptoms and were not at higher risk of death compared to those infected with the original strain.  Researchers studied a pool […]