And just like that…the girls (minus one) are back again!

The ‘Sex and the City’ reboot is filming in New York City and HBO Max has released the first image from the set!

They will be doing this self-discovery sans original co-star Kim Cattrall, 64, who isn’t returning as the beloved, raunchy Samantha Jones.

However, the 10-part series has confirmed the return of many characters, including leading men Chris Noth, John Corbett, David Eigenberg and Evan Handler, along with fan-favorite besties Mario Cantone and Willie Garson. “And Just Like That…” is adding in new characters as well, including Sara Ramírez as “a nonbinary, queer stand-up comedian.”

The original series — which ran from 1998 to 2004 on HBO and spawned two feature films — was created by Darren Star and based on the book “Sex and the City” by Candace Bushnell. The revival “And Just Like That…” is to air on HBO Max.

Michael Patrick King, who was involved in the original series, is writing and producing for the revival. A premiere date for “And Just Like That…” has not been announced. 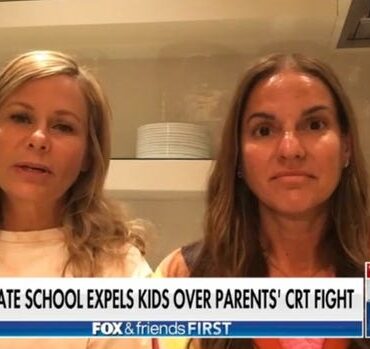 Conservatives are still pretending they actually know anything about white people’s latest propaganda target Critical Race Theory, and now it has cost students to lose their spot at a private school in Gahanna, Ohio, after two mothers violated its enrollment agreement by going on some right-winger podcast to complain…Read more...