Fetty Wap Accused of Allegedly Distributing Over 100 Kilos of Heroin, Fentanyl, Cocaine and Crack Cocaine With Correction Officer and Others 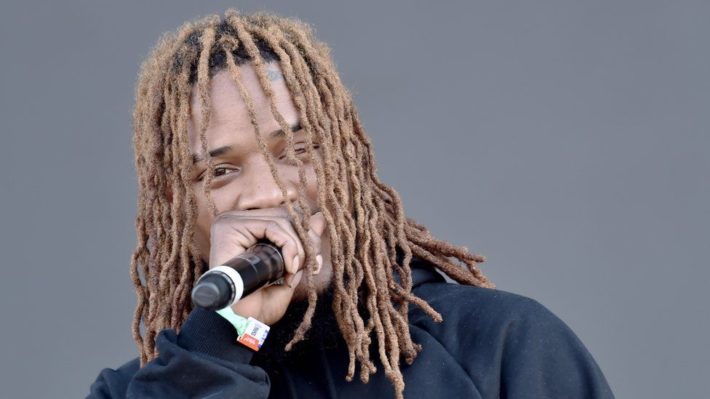 The “Trap Queen” rapper, born William Junior Maxwell II, was arrested on federal drug charges at Citi Field in Queens, N.Y. prior to his scheduled performance at the 2021 Rolling Loud New York Festival on Thursday night (Oct. 29). XXL obtained legal documents from the U.S. Department of Justice that spell out the U.S. Attorney’s case against the 30-year-old Paterson, N.J. native. The government is accusing the rap-crooner of some serious crimes.

Fetty, along with five other individuals—Anthony Cyntje, a New Jersey correction officer, Anthony Leonardi, his brother Robert Leonardi, Brian Sullivan and Kavaughn Wiggins—have been officially charged with conspiring to distribute and possess controlled substances. Five of the defendants also face a charge of with using firearms in connection with drug trafficking. The accused men have been arrested and are being detained pending trial, with Fetty being the final person connected to the alleged ring to be taken into custody.

“As alleged, the defendants transported, distributed and sold more than 100 kilograms of deadly and addictive drugs, including heroin and Fentanyl, on Long Island, deliberately contributing to the opioid epidemic that has devastated our communities and taken too many lives,” Breon Peace, United States Attorney for the Eastern District of New York, said about the case. “We will continue to work nonstop with our law enforcement partners to keep our neighborhoods safe from the scourge of dangerous drugs and gun violence.”

According to investigation, the alleged drug ring stretched across the U.S. The case was aided by the Long Island Gang Task Force. “The pipeline of drugs in this investigation ran thousands of miles from the West Coast to the communities here in our area, contributing to the addiction and overdose epidemic we have seen time and time again tear people’s lives apart,” stated FBI Assistant Director-in-Charge Driscoll. “The fact that we arrested a chart topping rap artist and a corrections officer as part of the conspiracy illustrates just how vile the drug trade has become. I want to commend the work of our Long Island Gang Task Force and our law enforcement partners for working day in and day out to get these deadly drugs off our streets.”

The indictment against the six men claims they had a year-long run, between June of 2019 and June of 2020, where they pushed upward of 100 kilograms of cocaine, heroin, fentanyl and crack cocaine across Long Island and New Jersey. Using their base as Suffolk County, N.Y., the group is accused of obtaining the drugs from West Coast connections and using the United States Postal Service to clandestinely distribute the drugs once they were on the East Coast.

According to the indictment, Fetty Wap was a “kilogram-level redistributor for the trafficking organization.” Police allegedly recovered approximately $1.5 million in cash, 16 kilograms of cocaine, two kilograms of heroin, numerous fentanyl pills, two 9mm handguns, a rifle, a .45 caliber pistol, a .40 caliber pistol and ammunition while executing search warrants on the members of the organization.

The rapper, appearing Friday in federal court in Central Islip, was detained. His lawyer did not request bail but said she may make an application at a later date. He is due back in court on Nov. 24.

The post Fetty Wap Accused of Allegedly Distributing Over 100 Kilos of Heroin, Fentanyl, Cocaine and Crack Cocaine With Correction Officer and Others appeared first on LOVEBSCOTT. 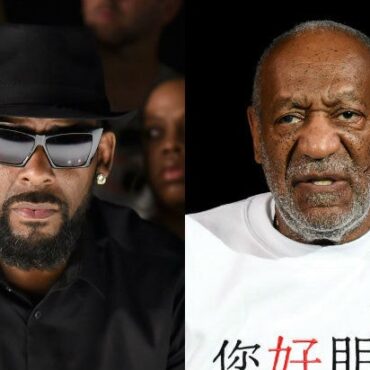 R. Kelly is hoping to get his recent racketeering and sex crimes conviction overturned with the assistance of the attorney who helped Bill Cosby get released on appeal for the comedian’s sex abuse case earlier this year. via: Rap-Up The embattled singer has hired Jennifer Bonjean, the New York-based attorney who won an appeal of Bill Cosby’s sex abuse case, to represent him as he appeals his racketeering conviction. Bonjean, […]