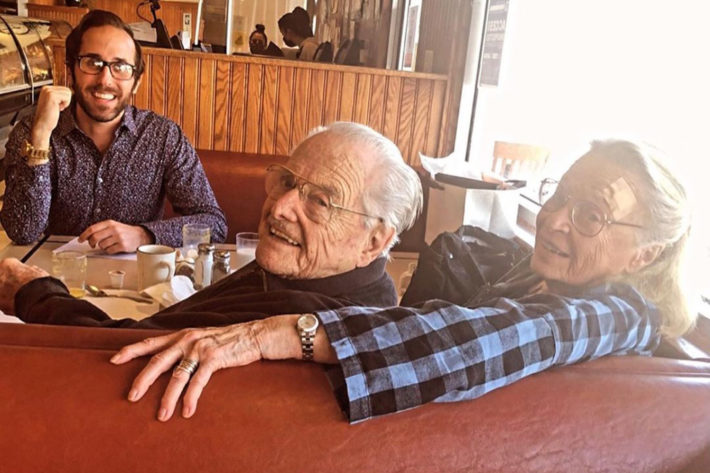 94-year-old William Daniels, best known for playing Mr. Feeny on ‘Boy Meets World,’ shared via Instagram that he’s recently ‘been reunited with old friends’ thanks to receiving the COVID-19 vaccine.

“Thanks to the vaccine I’ve been reunited with old friends AND old haunts,” the veteran actor wrote alongside two photos of himself with wife Bonnie Bartlett and Forbes contributor Jeff Conway at Art’s Deli in Studio City, California.

“Oh how I missed my pastrami on rye,” he added.

Earlier in the coronavirus pandemic, Daniels — who is best known for playing iconic and beloved teacher Mr. Feeny on Boy Meets World — provided a message of encouragement to teachers on National Teacher Day as they continued working through challenging times.

“I’m here to encourage you to show some appreciation for the unsung heroes that help shape the future generations,” he said in an E! News video last May. “Our teachers provide us with so much. They’re there for you in your formative years, supply the knowledge you need to take on the world and even give you unsolicited advice from behind the fence in their backyard. I’m talking to you, Mr. Matthews [Ben Savage].”

He continued: “So, thank your teachers today and every day and remember, as much as you learn from them, they learn from you. As my final piece of teacherly advice, believe in yourselves, dream, try, do good. I love you all. Class dismissed.”

Daniels recently celebrated his 94th birthday on March 31. Speaking to PEOPLE ahead of the big day, he revealed that he planned to commemorate the occasion by filming Cameos for fans with his son, Michael, and enjoy a special dinner with his family at a California Pizza Kitchen restaurant in Los Angeles. He additionally noted that “love and family” is what keeps him going.

The St. Elsewhere star has been married to actress Bartlett since 1951. In addition to son Michael, the longtime couple shares son Robert.

Leading up to Daniels and Bartlett’s 70th wedding anniversary this June, the duo opened up about what has allowed their marriage to thrive after all these years.

“I think our relationship is based on mutual respect and I think she is smarter than me, better actor than me,” Daniels told Forbes in December. “And so, I just hang on, you know, and try to get along.”

Bartlett noted how much laughter her husband brings into their lives. “He makes me laugh,” she told the publication. “His humor, his sense of humor and his ability during every day to find something funny is really good for me, because I’m very intense. That and being a great father. He’s a great father.”

At 94 years old, we hope William is out here enjoying every minute!

The post Feeny! William Daniels Says ‘Thanks to the’ COVID-19 Vaccine He’s ‘Been Reunited with Old Friends’ [Photo + Video] appeared first on LOVEBSCOTT. 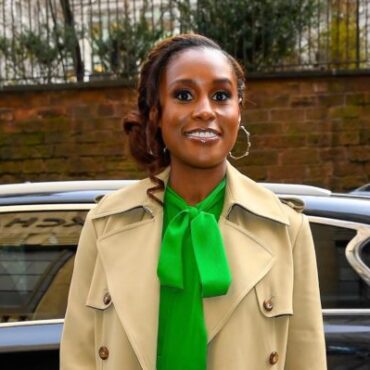 In a new cover story with Rolling Stone, Issa Rae shared some details about her forthcoming new HBO Max series Rap Sh*t, including how comments Jermaine Dupri made about current women rappers inspired the writing of the show. via: Complex Jermaine Durpi faced widespread backlash in 2019, when he suggested the new wave of female rappers were indistinguishable and unworthy of a hip-hop crown. “I don’t think they’re showing us […]