It seems Pooh Shiesty‘s habit of oversharing on social media has landed him behind bars. Deets on his federal indictment over an alleged robbery and shooting inside…

2021 started off as a good year for Memphis rapper Pooh Shiesty as he has been gaining noteriety in the music industry. His track “Back In Blood” featuring Lil Durk has been doing numbers and he made his TV debut earlier this year when he performed the hit single on “The Tonight Show” alongside Durk.

The 21-year-old rapper (real name Lontrell Williams) is now in federal custody after he was indicted over an alleged shooting and robbery of two men outside of Landon Hotel in Bay Harbor Islands in Florida. He made his first court Miami federal court appearance this week after he was hit with several charges, including discharging a firearm during a violent crime, conspiracy and robbery under a law regulating commerce.

Pooh Shiesty had already been charged and freed on bond in Miami-Dade state court over the same incident. Then, the feds got on his a** and put him back in jail on a seperate charge over the alleged shooting of a security guard at the King of Diamonds strip club on Memorial Day.

Earlier this month, his defense attorney Saam Zangeneh addressed the federal indictment and claims the Memphis rapper is innocent.

“We have been in communication with the U.S. Attorney’s Office and we believe they have a federal detainer on him and are likely to file federal charges. That doesn’t change our position as to his 100 percent innocence, in both state and federal matters.”

In the federal case, Pooh Shiesty and two other men – Bobby Brown & Jayden Darosa – are accused of robbing and shooting two men after arranging to buy “marijuana” and “high end athletic sneakers.

Turns out, the feds were able to use social media posts Pooh Shiesty put up as evidence in the case. The Feds said Pooh Shiesty’s posts were “critical in building the case.”

According to a criminal complaint, the trio in October arranged to buy some marijuana and “high-end athletic sneakers” from two men at the Landon Hotel in Bay Harbor Islands. Williams showed up in a rented McLaren exotic car, Darosa in a black Mercedes Maybach.

During the deal, Williams and Brown shot the two men, one in the hip, the other in the rear end, according to the complaint. The robbery was captured on video surveillance, according to the criminal complaint by Miami-Dade Detective Elio Garcia, who is part of a FBI violent crimes task force.

Williams used a Draco subcompact machine gun, and “never paid either victim for the shoes or marijuana,” the complaint said.

Investigators also found a Louis Vuitton bag that fell out of the McLaren — it contained $40,912 dollars in cash. Just days before the robbery, the feds said, his Instagram featured photos of himself with “several long rifles and plethora of $100.00 bills.”

One of the bills in the bag had the same serial number as the one depicted on Instagram. His Instagram account also featured him posing with what appeared to be the the same green McLaren.

Check out his court appearance over the KOD shooting below:

When flexin’ for the ‘Gram goes WRONG. Pooh Shiesty will be held in federal custody until a detention hearing on July 6th. 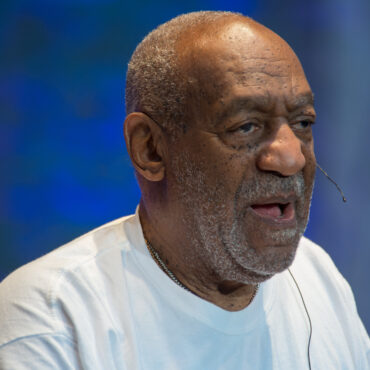 Embattled star Bill Cosby will be released from prison in a shocking development.  Details inside.   The Pennsylvania Supreme Court overturned Bill Cosby's 2018 sexual assault conviction today (Wednesday, June 30th) after finding that testimony tainted the trial.  Cosby's publicist, Andrew Wyatt (pictured below), will be picking him up to leave prison within hours, Wyatt confirmed to ABC News. The 83-year-old was originally sentenced to 3-10 years in state prison. […]