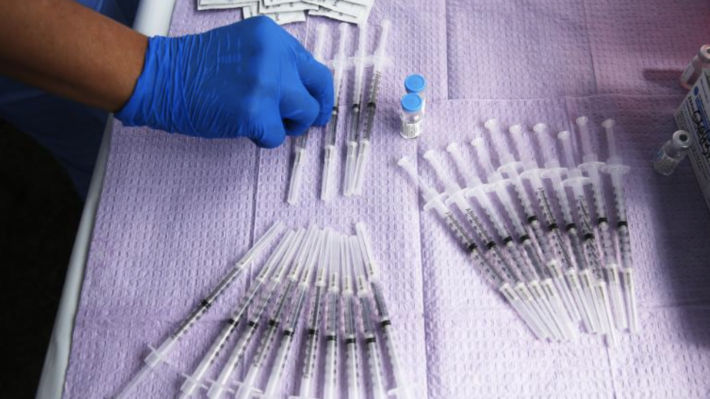 The Johnson & Johnson COVID-19 vaccine has cleared for use — again.

According to the New York Times, United States health regulators ended the pause on the single dose shot on Friday afternoon, after an advisory panel for the Centers for Disease Control and Prevention urged officials to resume its use. The vaccine was one of three shots that received emergency use authorization from the Food and Drug Administration earlier this year; however, its use was halted less than two weeks ago after it was linked to a rare blood clotting disorder.

At the time of the pause, the U.S. had administered more than 6.8 million doses of the vaccine across the country. Six women who received the injection reportedly suffered blood clotting. Further investigation confirmed nine other women developed blood clots after being vaccinated. The Times reports three of those women have died from the clots and seven others remain in the hospitalized. It’s reported that 13 of these women were between 18 and 49, and two were over 50. There have been no reports of men developing the disorder outside the Johnson & Johnson vaccine clinical trials.

Members of the CDC’s Advisory Committee for Immunization Practices argued the benefits of the Johnson & Johnson shot outweighed its risks; however, they urged health officials to include a warning label to the vaccine.

“I think the risks and benefits of this vaccine clearly show that we’re preventing tremendous disease, and that we need to be cognitive of that fact,” Dr. Jason Goldman, who isn’t a voting member of the committee, told CNN. “Many of my patients are expressing a preference for the vaccine for a single dose because they cannot take off from work … I am gravely concerned that if we do not continue with the vaccine, it is going to dramatically reduce the ability of my patients to get vaccinated.”

Go get your vaccines, love muffins.