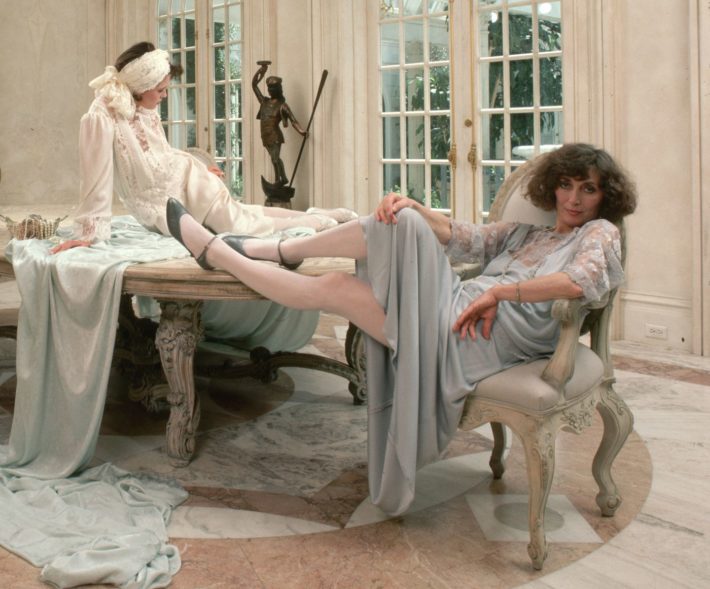 Noted fashion designer Jessica McClintock has died at the age of 90.

Dresses, handbags, watches, eyeglasses and jasmine-scented perfume – the ’70s and ’80s designer, and beyond, did it all, outfitting women and girls for Sweet Sixteen parties, Quinceaneras, Bat Mitzvahs, and proms, weddings and legit galas.

“I believe Romance is beauty that touches the emotional part of our being,” McClintock stated on her website.

Lace, ruching and cascading ruffles were her stock in trade. Last year she celebrated the half-century mark in the business, according to People.

That and so many other dresses earned hewed to a “prairie girl aesthetic,” as the San Francisco Chronicle noted. Born Jessica Gagnon on June 19, 1930, this daughter of a shoe salesman and a beautician grew up in Presque Isle, Maine, just 12 miles from the Canadian border.

In 1970, soon after her divorce from second husband Fred McClintock (she was widowed before that), she invested $5,000 in Gunne Sax, her friend’s San Francisco dress store. Within a few years, her designs had gone global. McClintock would go on to open her own stores and become a household fashion name.

She quasi-retired in 2013 at age 83, though she continued behind the scenes managing licensing and marketing strategies, the Chronicle said. In October 2019, McClintock returned to designing via a limited partnership with the special-occasion design house Clarisse, as Women’s Wear Daily reported at the time.

The new collection combined her penchant for lace and the romantic feminine with the exclusive design house’s “body-sculpting silhouettes with lace, satin, silk and tulle,” selling for $550 to $1,200, WWD reported.

McClintock, who died on Feb. 16, is survived by her son, Scott; her extended family, and her fashion empire, which her son will manage, according to her obituary on Legacy.com.

90 years old is quite a long life. May she RIP. 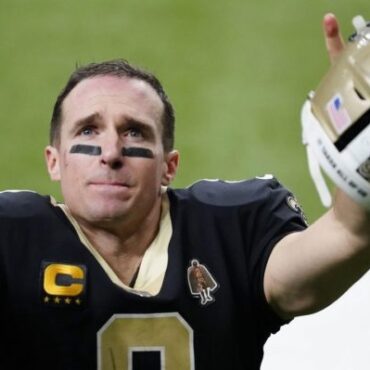 Drew Brees Announces Retirement from Football with Help from His Kids

Drew Brees has retired from football after 20 years in the NFL. Brees announced the decision on social media, with a video from his four kids and a message: via NBC: “After 20 years as a player in the NFL and 15 years as a Saint, it is time to retire from the game of football. Each day, I poured my heart & soul into being your Quarterback. Til the […]