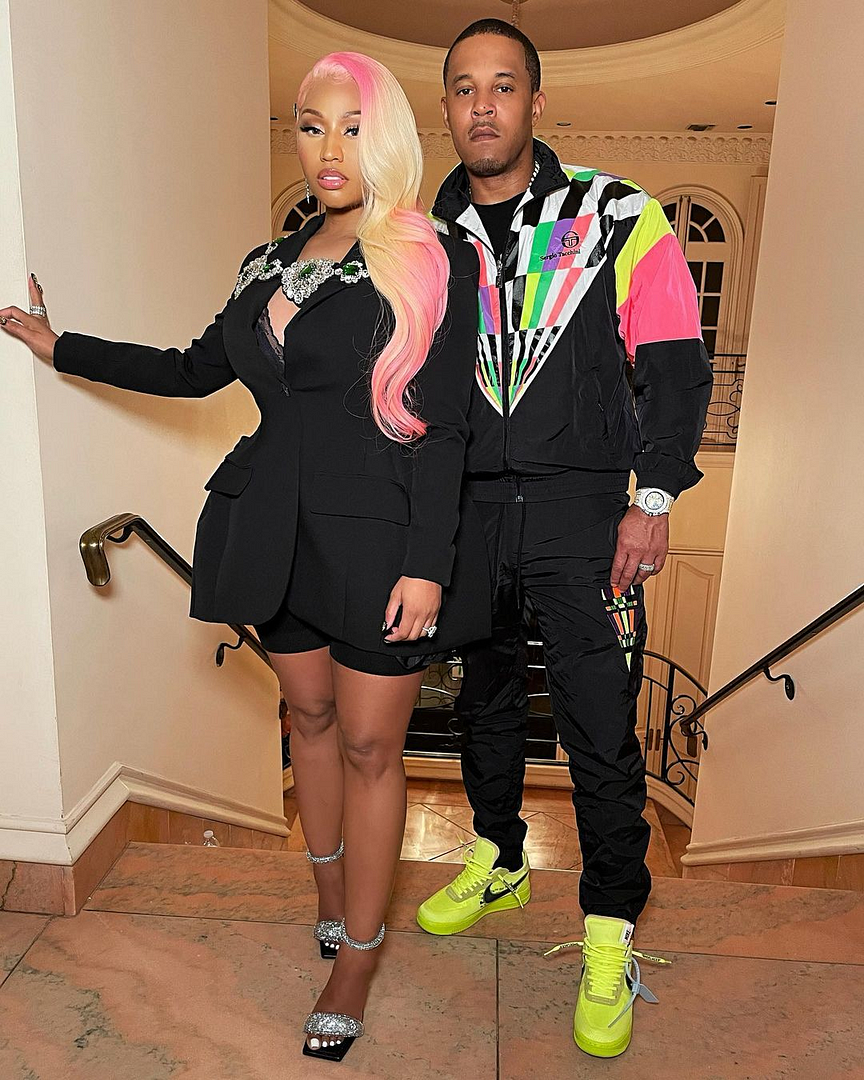 Hmm..what’s really good between Nicki Minaj and her husband Kenneth Petty? Fans want to know. They’re speculating there may be trouble in paradise after the NYC raptress seemingly distanced herself from him on Twitter. After his last hearing, she removed “Mrs. Petty” from her Twitter account.

Fans are speculating if Nicki Minaj is distancing herself from her husband Kenneth Petty after he recently a accepted a plea deal for failing to register as a sex offender in California. 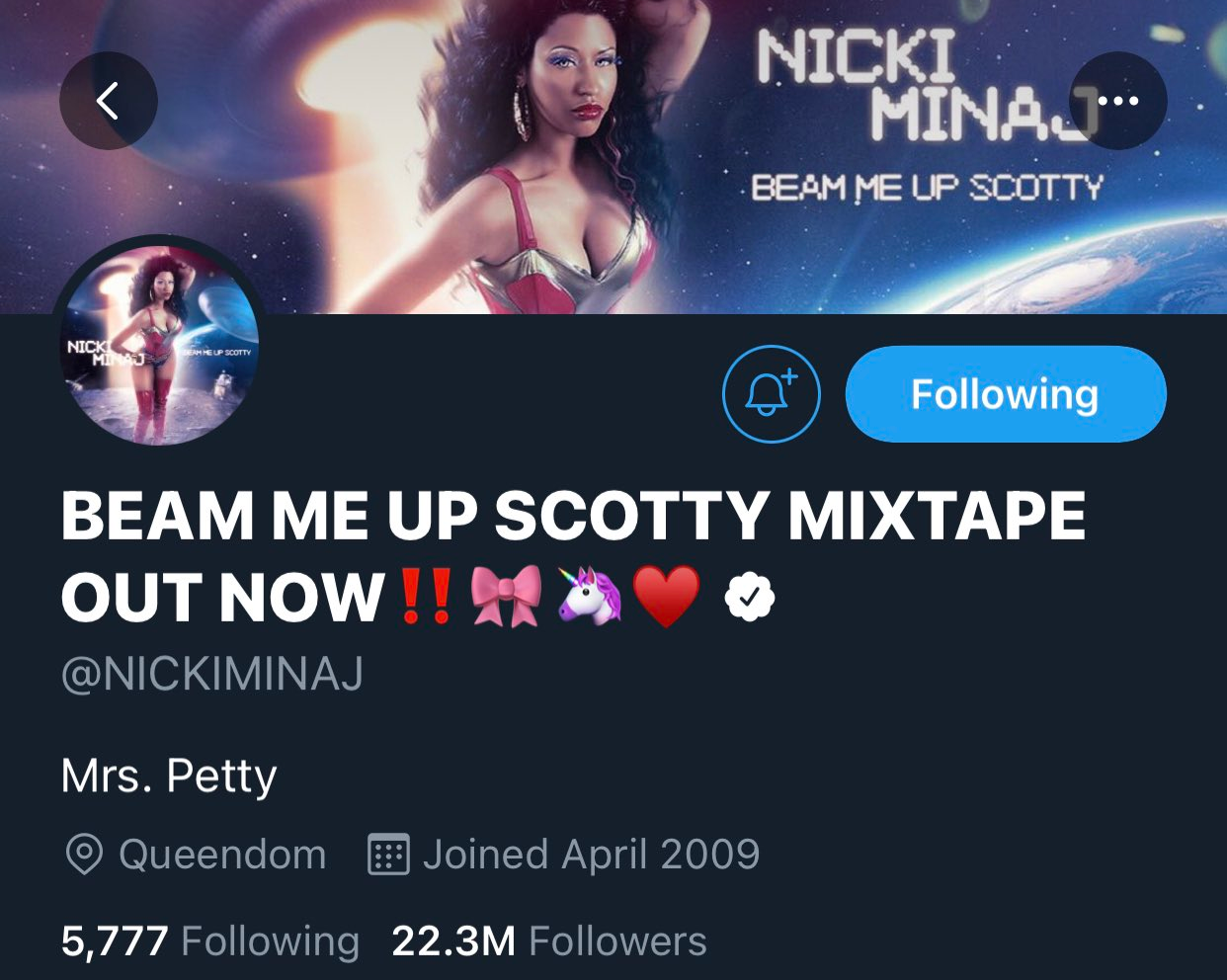 For almost two years, Nicki’s Twitter name has been “Mrs. Petty.” She changed her name on all of her social accounts right before it was confirmed she and Kenneth Petty tied the knot. 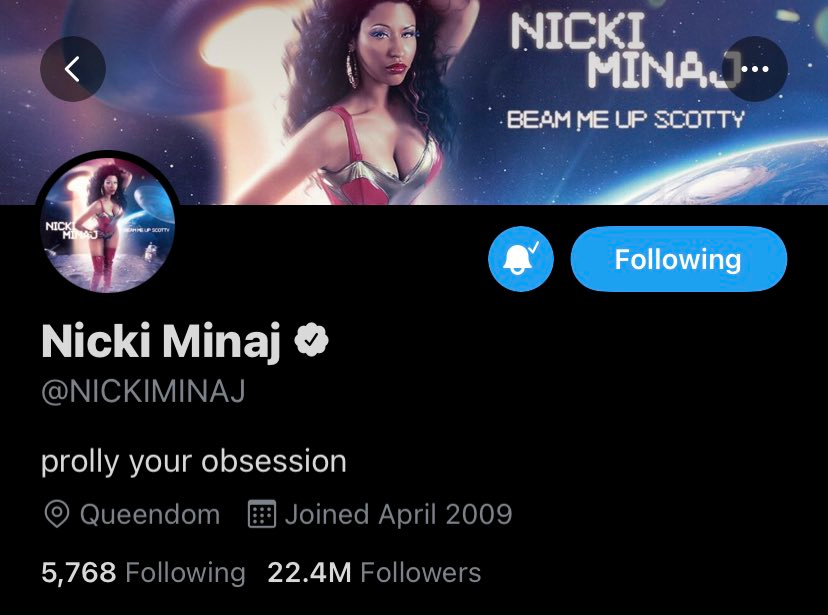 This week, the Barbz noticed the QUEEN rapper changed her Twitter handle from Mrs. Petty to Nicki Minaj. Some fans believe the name change could possibly be signaling her marriage is in trouble.

ya’ll…Nicki Minaj no longer has “ms petty” on her Twitter bio it’s the end of an era I fear pic.twitter.com/JqZ3wcMoA9

“ya’ll…Nicki Minaj no longer has “ms petty” on her Twitter bio it’s the end of an era I fear,” a fan wrote on Twitter.

The name change came just days after her husband’s latest hearing with the state of California. He reportedly agreed to plead guilty to one count of failing to register as a sex offender in California. In return, the feds will reportedly seek a sentence towards the low end of the guidelines.

Nicki’s hubby took the plea deal because he was facing 10 years in prison with a lifetime of supervised release, which would have been the maximum sentence.

Mr. Petty moved to Cali with his rapper wife in July 2019, but according to court documents, he failed to register as a sex offender after the move.

On November 15, 2019, Kenneth Petty was pulled over by Beverly Hills PD for a traffic stop and that’s what started his legal troubles on the west coast. After they ran his name, cops realized he was a registered sex offender in New York, but he never registered in California, which he’s legally required to do. He was arrested and released on a $20,000 bond. At the time, he plead not guilty.

If you didn’t know, Kenneth was convicted of first-degree attempted rape in 1995. According to reports, he served nearly 4 years in NY state prison and was required to register as a sex offender. Since he didn’t register in California, it’s possible he could still serve time in prison. Time will tell.

The QUEEN rapper became Mrs. Petty after obtaining a marriage license in July 2019, and then officially marrying Kenneth in October. She has spoken out several times defending him, and placing blame on the victim – whom she alluded was lying – and the system. 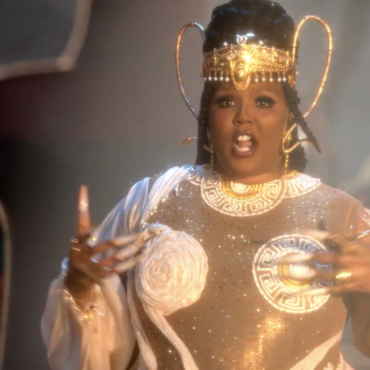 Lizzo tapped Cardi B to help clear up some “Rumors” on her new single. via Complex: The singer’s latest release, “Rumors,” sees her team up with none other than fellow Atlantic Records signee Cardi B, marking her first solo music since 2019’s Cuz I Love You. While the Grammy-winning singer is plotting her solo comeback, Cardi has already had a hectic 2021; releasing the chart-topping “Up,” which was soon followed by DJ […]