[Exclusive] Evelyn Lozada Speaks on OG’s Continued Accusations of Racism and Colorism: ‘I Don’t Like Her and That Has Nothing to Do With the Shade of Her Skin’ 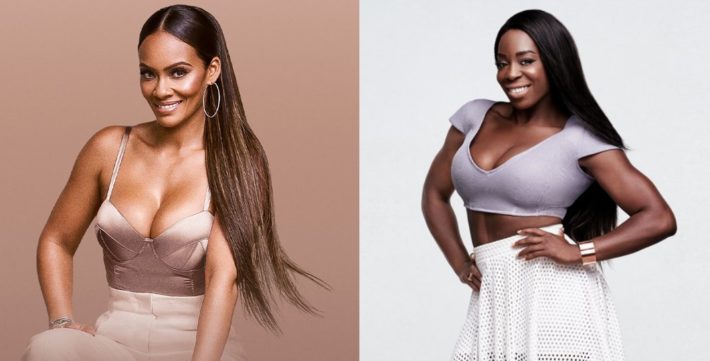 ‘Basketball Wives’  has returned to VH1 for a brand new season with a few new faces — but last season’s drama and heavy accusations are still causing issues among the cast.

She suggests that production never edits episodes in her favor and instead chooses to favor other ladies on the cast. OG says the same editing bias went for last season’s reunion, which she called “horrific.”

Speaking on this season, OG says that four other cast members did not want to film with her, two of whom eventually decided to film.

It’s worth noting that we’ve heard from multiple sources that concerns were raised by cast members and production about filming with OG and being unfairly labeled colorist or racist as the result of conversations — or ‘unfavorable’ editing.

B. Scott spoke with Evelyn regarding OG’s interview and here’s what she had to say:

“I don’t even like talking about this issue. I feel I shouldn’t have to defend myself against disgusting accusations like these. It’s one thing to have differences and disagreements…it’s whole other thing to degrade someone and label them to try to fit them into the narrative you’re telling yourself,” said Evelyn.

When asked about a specific comment made about Evelyn “enjoy[ing] Black penis” and only having Black babies because she likes Black men, Ev said the remarks were “derogatory.”

“I’m not even going to respond to that. It’s a filthy thing to say about someone, and their kids. I will just say this, the two of our personalities don’t match, and I just don’t like her. And, at this point, I don’t care to ever share space with her. There may have been a time where we could have reconciled earlier drama and moved on, but to take it as far as she has with the derogatory and disgusting things she is continuously saying about me, I just don’t care to reconcile anything with this person.”

“I have never made comments about this person’s skin color, race or anything that should ever make it accurate or appropriate to label me a colorist or a racist. On the other hand, it’s been said by this person that I’m not Black so I can’t wear braids, I’m a fake Afro Latina, I want the Black culture, and I have Black babies because I like…well, you heard what she said…I won’t even repeat it. I will just say, I have treated this person how I have treated her because I don’t like her, and that has nothing to do with the shade of her skin or her race. If you look at the facts here, the only person bringing up color and race in a derogatory, divisive and destructive way is her.”

On the topic of colorism in its entirety, Evelyn says it’s an important conversation to have — but not with those using it for a “personal agenda.”

“Colorism and racism are real issues in the world, and within communities of color. It is a very important conversation…one which I am willing to have with people who speak and listen with compassion, understanding and honesty. I will not throw this conversation across the cameras for ratings, a storyline, or any other misplaced personal agenda, she concluded.”

There’s a lot going on — and we’re only on the second episode of the season! ‘Basketball Wives’ airs Tuesdays on VH1 at 9/8c.

The post [Exclusive] Evelyn Lozada Speaks on OG’s Continued Accusations of Racism and Colorism: ‘I Don’t Like Her and That Has Nothing to Do With the Shade of Her Skin’ appeared first on LOVEBSCOTT. 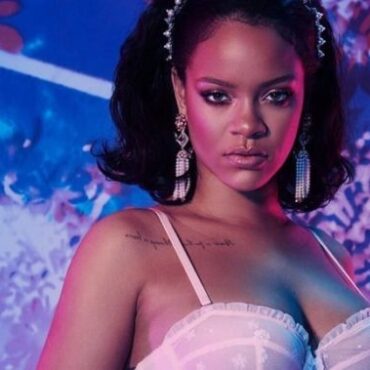 Rihanna‘s Savage x Fenty stays winning, with the business now officially worth $1 billion USD after a round of Series B funding. via: AceShowbiz Rihanna has struck gold with her Savage X Fenty lingerie brand after it was valued at $1 billion. The “Diamonds” hitmaker, real name Robyn Rihanna Fenty, recently secured an additional $115 million (£82.7 million) in a second round of investment funding, with one financial supporter identified […]