Ex-NFLer Vincent Jackson – Who Died By Suicide – Diagnosed With Stage 2 CTE, His Widow Speaks Out 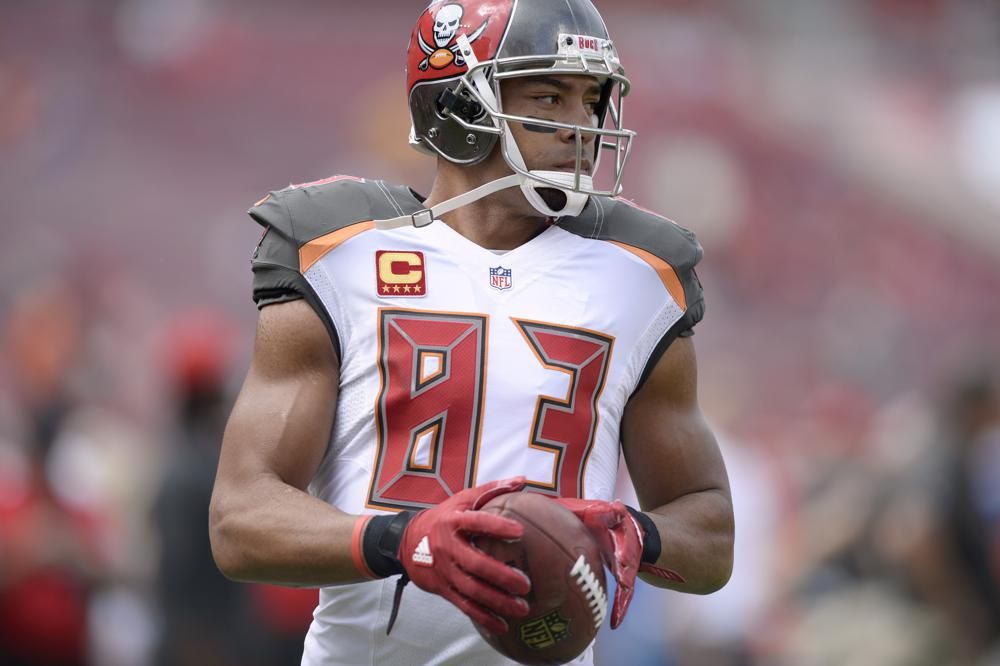 Former NFL receiver Vincent Jackson, who was found dead in a Florida hotel room in February, has been diagnosed with Stage 2 CTE following a posthumous study of his brain.

Now, his widow is speaking out for the first time since his death. Find out what she had to say and more inside….

The family of former NFL wide receiver Vincent Jackson has released the findings of researchers to help shed light and bring awareness to what NFL players struggle with after years of playing the game.

Researchers diagnosed the former Tampa Bay Buccaneers wide receiver with Stage 2 chronic traumatic encephalopathy (CTE), a progressive neurodegenerative disease caused by repetitive head trauma. The disease has four possible stages that increase in severity. Stage 4 is the most severe stage and is usually associated with dementia, according to The Concussion Legacy Foundation.

Back in February, Vincent was found dead in a Florida hotel. The three-time Pro Bowl selection was 38 when he died. Also, his former team, the Buccaneers, won the Super Bowl the week before he died.

“Vincent dedicated so much of his life to helping others,” said Lindsey Jackson, Vincent Jackson’s widow and mother of his four children. “Even in his passing, I know he would want to continue that same legacy.”

The family decided to donate his brain for study in hopes hope of seeing more advancements in CTE research, including treatment and prevention.

“That his brain showed stage 2 CTE should no longer surprise us; these results have become commonplace,” the doctor added in the foundation statement. “What is surprising is that so many football players have died with CTE and so little is being done to make football, at all levels, safer by limiting the number of repetitive subconcussive hits.”

Vincent’s wife said she noticed he was exhibiting CTE symptoms after his final season in the NFL, which include memory loss, trouble managing daily chores and mood swings. The couple have four children together.

“His whole plan in the N.F.L. was to set himself up to not have these struggles,” Lindsey Jackson said in an interview with The NY Times at her Tampa home. “He had done everything to set up a graceful retirement from football, she said, adding, “It’s not the ending he wanted.”

“I think the message is, if you played for a long time and you’re experiencing symptoms, it’s very likely that this is what it is,” she said. “I didn’t know that; Vincent didn’t know that. We thought it was just concussions, and we’d love for people to realize it’s more than that.”

Vincent played football for 23 years, beginning at the age of 12. After 12 seasons in the NFL, he retired in 2018 where he played for the San Diego Chargers and the Tampa Bay Buccaneers, and reached three Pro Bowls.

While we know CTE is an issue that plaques NFL players, doctors aren’t able to diagnose the disease until after a person has died.

It’s been reported the NFL is working on finding ways to combat football’s concussion crisis. Until then, former NFL players are losing their lives and taking the lives of others. Hopefully, a breakthrough will come soon because dealing with this disease is life threatening to the person and often to others around them. 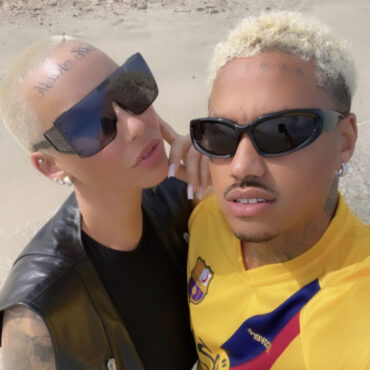 Less Than A Month After His Public Apology For Cheating, It Appears AE Has Won Amber Rose Back

Well…it looks like the public apology Alexander “AE” Edwards issued to his son’s mother, Amber Rose, for cheating and humiliating her worked. They were coupled up in Dubai this week with Tyga, who was tapped to perform. Receipts and more inside… A simple “apology” written on Instagram Stories is seemingly saving relationships. A little over two weeks ago, 34-year-old A&R exec Alexander “AE” Edwards went on social media to apologize […]