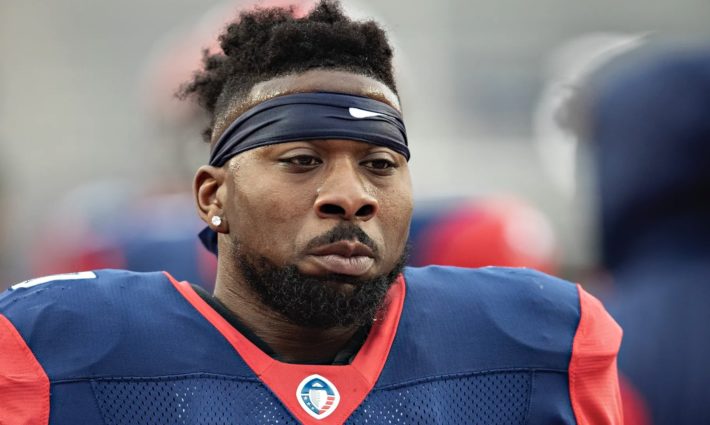 Former NFL running back Zac Stacy appears to be on the run after a chilling video was posted online showing him viciously assaulting his ex-girlfriend.

In the clip shared on social media, Zac Stacy is captured as he brutally attacks the woman and mother of his child in the presence of their five-month-old baby.

Per the home surveillance video, the ex-athlete lifted Evans off the couch and threw her right into the television, which fell on top of her. As she pleaded for him to stop, he flinched before hitting her and accusing her of “ruining relationships.” The former running back then picked his ex up from off the ground and proceeded to body-slam her into one of the baby’s bouncy seats before the video comes to an abrupt end.

According to TMZ, Evans eventually called the police requested a restraining order against Stacy. In the application, she provided more details about the brutal attack.

Per Evans, the former NFL player came to her home on Saturday (Nov. 13) to visit their son, grew upset about an incident that happened in 2020 and began to assault her.

“He punched me several times in the head! I begged him to stop because the baby was on the couch just a few feet from where he punched me,” recalled Evans, who claims she was hospitalized after she suffered bumps, bruises and a cut to the head from the accident. She added that she’s suffered abuse at the hands of Stacy since she was pregnant with their son and has made the restraining order request because she fears “for my life and my children’s lives.”

“He will not stop,” she wrote of the ex-NFL star, who is reportedly taking medication for mental illness. “He will kill me, and he will feel justified in his actions.”

Stacy, who retired in 2017 after three years in the NFL, remains at large as he fled his ex-partner’s Florida home before cops arrived. A warrant has been issued for his arrest.

We are not going to share the video on this post. It’s out there if you need to see it.

I’m not retweeting the video but ZAC STACY NEED TO BE THROWN UNDER THE JAIL. Any man that puts his hands on a woman is a coward. Can’t believe what I just saw.

Difficult being on Twitter today. Please don’t share or retweet the Zac Stacy video. His actions are horrifying, inexcusable, and triggering for so many women. Domestic violence is never okay. The video is so disturbing – he deserves the worst of what comes.

Not gonna repost the video but Zac Stacey is a punk ass coward . No man ever need to put his hands on a woman like that. Unbelievable what I watched

A very sad part about the Zac Stacey situation is you never know how many of your “bros” out here living like that. Putting their hands on women. It’s far too common. You’re not a man in my book. Coward.

Wow I just saw that Zac Stacy domestic violence video and I was absolutely horrified I couldn’t watch it again! It was very disturbing. So he beats a defenseless woman in front of their baby and then run like a coward to avoid the consequences. Please turn this guy in NOW!!!! 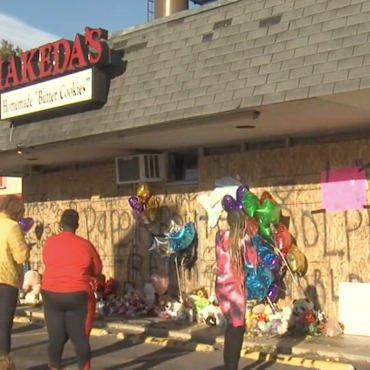 A shooting reportedly occurred near slain rapper Young Dolph’s memorial site on Thursday. via Complex: According to ABC 24 Memphis, a man was shot this afternoon outside Makeda’s Homemade Butter Cookies, where Dolph was killed by gunmen on Wednesday. The new incident took place as the station was filming a group of fans visiting the shop to pay their respects to Dolph.  The male victim was reportedly transported to the hospital in non-critical condition.  Police told TMZ they detained two […]