Ex-NBA Star Apologizes On Teen Daughter’s Behalf After She Knocked Out Basketball Opponent, ‘My Daughter Made A Mistake’ 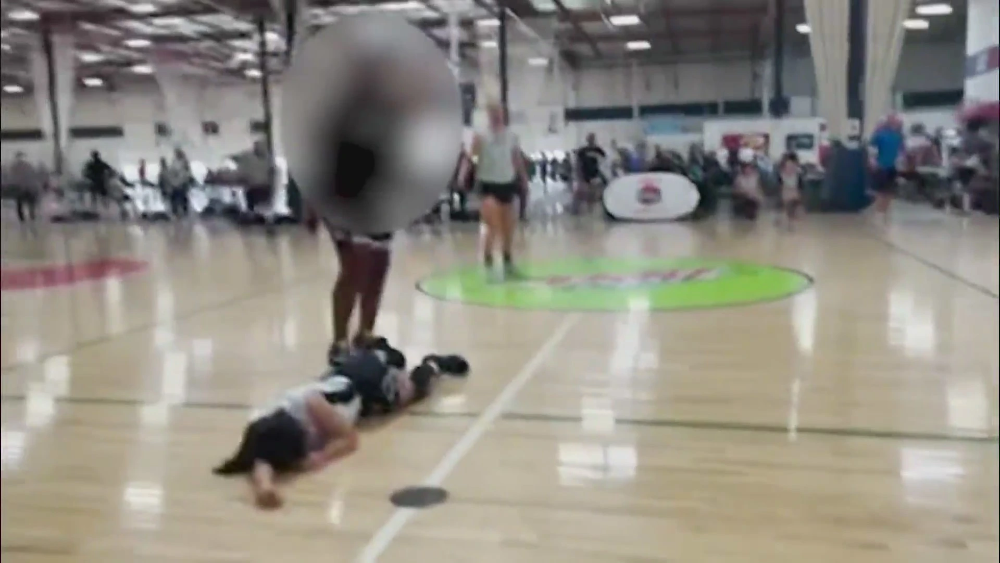 A video of a teenage girl punching her opponent during a basketball game has gone viral. Turns out, the girl’s father is former NBA player Corey Benjamin.

Now, he’s speaking out and apologizing on her behalf….

Earlier this week, a video of a teenage girl punching another teenage girl during a basketball game in Southern California went viral. Turns out, the girl who delivered the punch is the 14-year-old daughter of former Chicago Bulls guard Corey Benjamin.

During a school tournament in Garden Grove, California, Corey’s daughter came up from behind, swung, and knocked out her 15-year-old opponent.

NBC Los Angeles shared what happened leading up to the punch:

“It was the second and final game of the fall jamboree tournament at the Map Sports Facility on Sunday. The SoCal Blaze team was up by at least 15 points when a player on the Dream Academy team tried for a 3-point shot but missed.

As soon as the punch is thrown, and the girl who was struck hit the floor, the referee’s whistle can be heard blaring over the footage. The referee told NBCLA the other girl’s mother allegedly said to her daughter, “You better go hit her.”

According to the coach for the SoCal Blaze, Benjamin’s daughter was ejected from the gym, and the game was ended.

Watch the disturbing video below (WARNING: The video may be graphic to some):

Now, her father – who played with the Bulls, the Hawks and overseas – is speaking out about the incident on her behalf. Her name hasn’t been identified because she’s a minor.

“This is not how I raised my daughter,” he told NBC Los Angeles.

The former professional athlete was not present during his daughter’s game, but released a statement to apologize to the girl who was punched, her family and everyone who was affected by the clip.

“To the young lady who was punched by my daughter during a youth basketball game, I sincerely apologize to you and I am praying for your complete healing both physically and emotionally,” he said. “To her family, I deeply apologize and regret that this happened to your daughter as she did not deserve this to happen to her. Finally, I apologize to all of those who have been impacted and hurt by the actions of my daughter as well as those of her mother. I am here for your family and wish only the best for you.

Corey – who was selected by the Chicago Bulls in the first round of the 1998 NBA Draft – said his daughter made a mistake and vowed to get his daughter help.

“As a father, I’m shocked and disappointed at my daughter’s behavior as this is not a reflection of the values and standards that my family holds. Nor does it exemplify the values, character and spirit of sportsmanship that the game of basketball requires. My daughter made a mistake. One that she will need to make right. I am committed to getting my daughter any help she may need and support her in taking accountability for her conduct.”

Watch the mom’s interview below:

Alice Ham said she filed a police report and she has also lawyered up, hiring attorney Kevin Hahn. A lawsuit could be on the table.

It doesn’t help that another video of Corey’s daughter attacking another player has surfaced:

Attorney Brett Greenfield, who represents Corey Benjamin’s daughter, said in a statement to NBC News: “We are in no way trying to downplay and/or disrespect the seriousness of this situation. What is vital to remember is that these are two very young minors involved. The family recognizes the seriousness of this incident and will continue to take every necessary step to manage this in a positive way.”

No child deserves this. 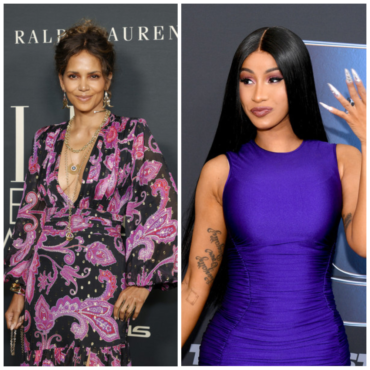 Halle Berry & Cardi B Ki-Ki About ‘Swinging The D,’ Why You Shouldn’t Sex Broke Dudes & Halle’s Stripper Past

Sex, stripping, broke dudes and more! Halle Berry and Cardi B laugh it up during a fun discussion where they asked each other some spicy questions that they have to answer. Get into their Ki-Ki session inside... When Hollywood royalty & Hip Hop royalty unite! Halle Berry and Cardi B serve up some "dirty" deets when they sit down for a conversation to debut Halle's new Instagram show, “5 Rounds." […]