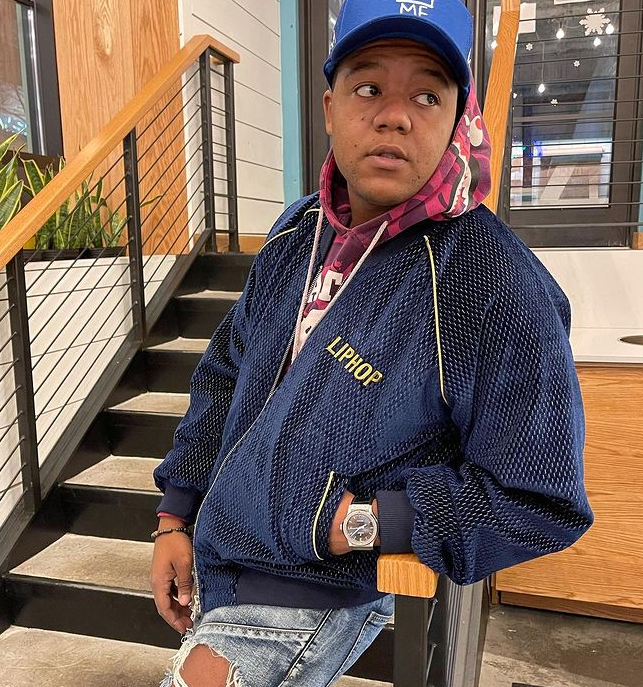 Former Disney star Kyle Massey has lost an endorsement deal after he was hit with a felony charge for allegedly sending pornographic photos to a 13-year-old girl. His mother, Angel Massey, is speaking out and she claims the woman accusing him of sending “d*ck pics” to her daughter is the real child abuser. Find out what she said and peep her receipts inside…

From what we gather, it appears the mother of the child attempted to sue Kyle and just recently went to law enforcement.  TMZ reports:

We’re told the case is connected to the civil suit we covered in March 2019 — Massey was sued for $1.5 million for allegedly sending “numerous sexually explicit text messages, images, and videos” via Snapchat … but claimed he was being extorted.

The girl’s legal team initially opted for the civil suit against Massey, but according to the new docs, it went nowhere because she says her lawyers told her they didn’t think Massey had enough money to make the case worth it. So, she says she then went to the Sheriff’s Office to file a report.

Police say they began investigating in early 2020, and the girl’s mother told cops Massey had known her since she was 4 years old.

As for proof – the mother saved alleged pics from Kyle to a thumb drive:

According to the docs … police were given a thumb drive by the girl’s mother containing the explicit material Massey allegedly sent over Snap when she was 13. Cops say the series of recordings include a pornographic video clip and a video of a man who appears to be Massey exposing his penis.

Massey was scheduled to appear for his arraignment Monday in King County Criminal Court in Washington, but failed to show.

Dr. Dabber – the vape company Kyle was working with – has cut ties with the “That’s So Raven” alum after he was hit with the felony charge.

“We are ending our relationship with Kyle Massey. We have been working with him on a trial basis for a month,” the company said in a statement to TMZ . “Today, we let his team know we will be cutting ties and requested all public content with our brand to be deleted from his social media.”

According to TMZ, Kyle has erased all of the brand’s content from his social media accounts. We noticed he still has his ads up for Bang Energy drinks, so it appears he’s still a brand ambassador for the company, at least for now.

In March 2019, Kyle “unequivocally and categorically” denied the sexual misconduct allegations and made claims that he was being extorted.

“No child should ever be exposed to sexually explicit materials and I unequivocally and categorically deny any alleged misconduct,” Kyle Massey said in statement to ET via his attorney, Lee Hutton. “In early 2019, the Plaintiff’s attorneys demanded $1.5 million threatening to go public to destroy my career if I did not comply. My family and I rejected this extortion attempt, because I have faith that the legal process will reveal the truth.”

After Kyle was hit with the new felony charge, his mother, Angel Massey, hopped on social media to address the sexual misconduct accusations made against her son. In the video, Kyle’s mother said a woman named Kindra Andreas – the mother of the minor child – took the same accusations she made in a California complaint and filed it in Seattle, where she lives. According to Angel, Kindra was unsuccessful in prosecuting Kyle in Cali, so she’s trying again in another state.

“KYLE MASSEY: THIS HEADLINE TODAY IS OLD ACCUSATION FROM THE SAME MOM FROM 2019,” Angel wrote in the caption of her video. “The Seattle KINDRA ANDREAS WOMAN! She took the same CALIFORNIA COMPLAINT that she was unsuccessful in prosecuting and filed it in SEATTLE where she lives. MY SON KYLE IS THE VICTIM TODAY JUST AS HE WAS BACK ON FEBRUARY 14,2019 when we got the 1.5 MILLION DOLLAR EXTORTION DEMAND!”

Kyle’s mother then went on to post receipts from the previous case:

In another video, Angel explained how Kyle met this family. Angel said Kyle met the mother – Kindra – when he was 16-year-old in California. They developed a relationship and ended up having sex. She claims the mother is seven years older than her son, which would make the mother the real pedophile.

“He had an intimate sexual relationship with the mother,” Angel said in another video. “Even though he consented to having sex with her at 16, in the state of California that’s illegal because a minor can’t consent to sex.

“This is an old attempt from the extortion from 2019,” she concluded.

Peep the video below:

No word from Kyle Massey as of yet. 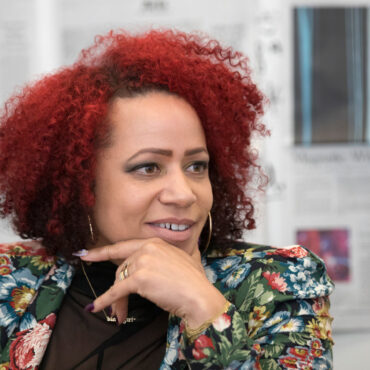 Months after refusing to grant Pulitzer-prize winning author Nikole Hannah-Jones tenure, the trustee board for the University of North Carolina at Chapel Hill voted Wednesday afternoon to grant the 1619 Project developer. UNC’s board chairman, Richard Stevens stated after the special three-hour trustee session, “We welcome Nikole Hannah-Jones back to campus.  Our university is not a place to cancel people. Our university is better than that. Our nation is better than […]