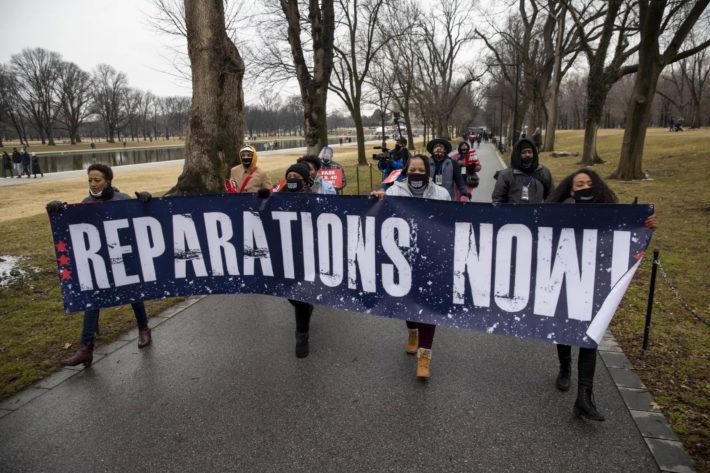 Evanston, Illinois, is the first city in the country to establish reparations with a commitment of $10M over the next decade. Eligible Black residents will receive reparations up to $25K as part of a commitment from the city.

As the national quest to grant reparations to the ancestors of slaves continues in the form of H.R. 40, a city in Illinois will begin to distribute payments to its eligible Black residents this year.

According to ABC News, Evanston, IL is the first city in the country to pass the monumental legislation providing reparations for Black people. The $10 million plan was passed nearly two years ago, and it includes incremental payments worth up to $25,000 specifically allocated for housing purposes.

Black residents and their kin that lived in Evanston during redlining will be the only applicants qualified for the funds. The city is using a 3% tax on legal marijuana sales to finance the reparations.

“The only legislative response for us to reconcile the damages in the Black community is reparations,” Rue Simmons said. “I was looking at data. I was looking at what we had done, what more we could do, and reparations was the only answer.”

The ramifications of redlining in the Evanston community during the 1940s continued for decades, as Black families were consistently denied loans for housing by banks, the article states. The discriminatory practice pinned the city’s Black population — away from white families — into the 5th Ward.

“The historic redlining impacts our community today,” Rue Simmons said. “That map still is the map of our concentrated Black community, our disinvestment, our inferior infrastructure.”

Recent U.S. Census data shows the disparities are still prevalent. White people in Evanston make almost 2x more money and live in homes worth double the amount of value of their Black neighbors. Rue Simmons believes the city’s Black population has been decimated by redlining as well. Black residents currently make up 16% of Evanston’s community.

As the city prepares to begin distributing the payments this spring, Rue Simmons believes, $25,000 is life-saving for some families right now and will be helpful. “But relative to the injury, it’s not nearly enough,” she said.

Using a part of marijuana sales to pay for this is a great idea. Hopefully other cities and states are looking at this. 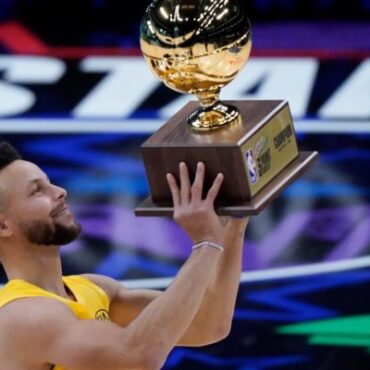 Are we even surprised? Stephen Curry is this year’s 3-point contest winner at NBA All-Star Weekend. He scored 31 points in the first round and 28 points in the final round to claim his second 3-point contest title. via: Uproxx After Domantas Sabonis took down Nikola Vucevic in an all-center Skills Challenge finals, the Mtn Dew Three-Point Contest took center stage on Sunday night, as the NBA’s best shooters took […]