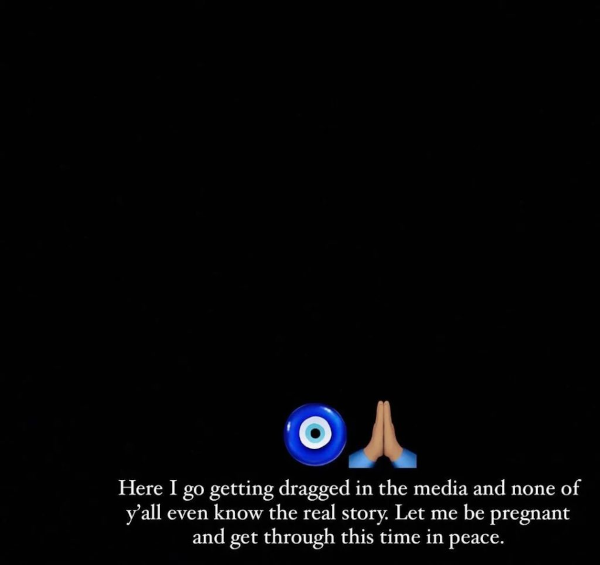 Erica Mena and Safaree Samuels are still feuding through headlines as they fight over custody in their divorce. Apparently, Safaree is getting the courts involved to ensure he’s present for the birth of their second child together since he believes Erica will not allow him there for the delivery.

Find out her response and more inside…

This divorce is getting nasty.

“Love & Hip Hop” stars Erica Mena and Safaree Samuels are back to fighting in the media. Could it be for a storyline? Possibly. The couple has pulled breakup stunts like this before. However, this time, real paperwork has been filed, so it could be signs that they’re really going to end things foreal this time.

Recently, Safaree filed new paperwork in court to demand that he is allowed for the delivery of their 2nd child together. Erica is set to give birth to their second child in July and he wants to make sure nothing gets in the way of him being there when the baby is born.

In the docs, Safaree makes it clear he wants to witness his child’s birth, but firmly believes the only way he can assure that happens is for the court to step in and force Erica to allow it.

Obviously, he’s afraid she’ll freeze him out, if given the chance.

Once the report started making its rounds online, a very pregnant Erica hopped on social media to react:

“Here I go getting dragged in the media and none of y’all even know the real story,” she wrote on IG. “Let me be pregnant and get through this time in peace.”

Last month, Erica filed for divorce from Safaree less than two years after their huge made-for-tv wedding. The reality couple tied the knot in October 2019. The couple is currently awaiting the arrival of their second child together. It’ll be Erica’s third as she has a son, King, from a previous relationship.

In the divorce filing, Erica has requested primary custody of their daughter, Safire, and their unborn child. She will not get it without a fight. Safaree is requesting joint legal custody, which means he’ll get a say in parenting decisions for their kids. He also reportedly wants consistent and uninterrupted parenting and visitation with his kids, which he feels would be in the best interest of the kids.

As far as Erica’s request to have exclusive use to the home they currently share … Safaree seems open to it if he can be removed from any liability involving the property through a refinancing of the mortgage … and assuming he gets his cut of any equity in the property.

It appears “Love & Hip Hop: Atlanta” star Bambi – who’s currently pregnant & celebrated a joint baby shower with her friend Erica – seems to defending her friend. She posted a subliminal on her IG Stories about not wanting people that don’t like you in the delivery room with you. 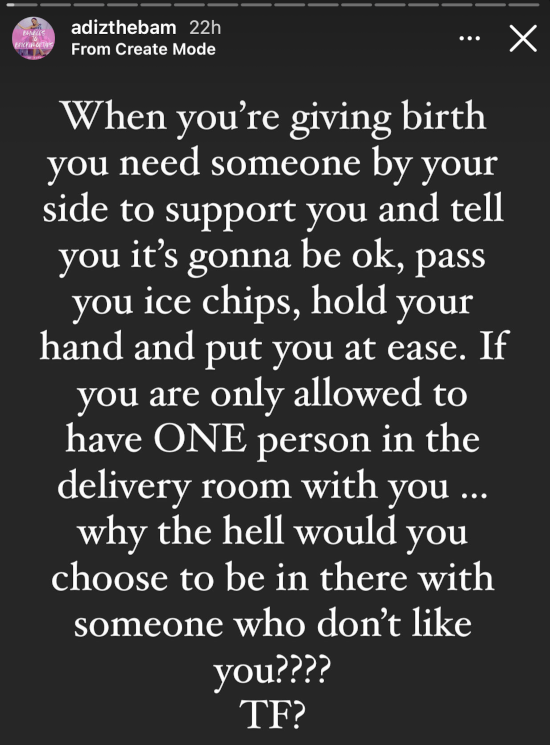 At this point, do you think Safaree & Erica are REALLY going to call it quits? Or is this simply “We’re Breaking Up 5.0?”

BACK TO WORK: Here’s The First Look At Halle Bailey As Ariel For Disney’s Live-Action ‘The Little Mermaid’