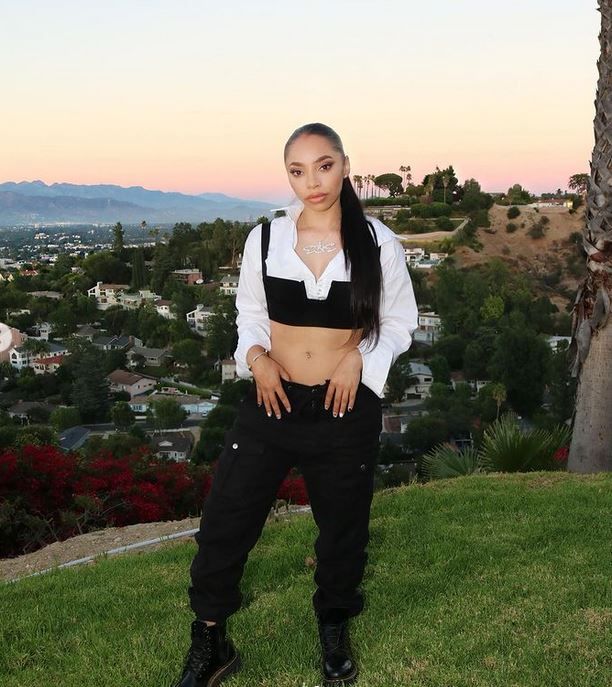 Ebie Wright – late rapper Eazy-E’s daughter – claims Ice Cube is “ducking” her and will not speak to her about her father’s legacy for her upcoming documentary. Find out why it’s “weird” inside…

Ebie Wright – the daughter of late rapper Eric “Eazy-E” Wright – is gearing up to tell her father’s life story in a new documentary. And one person who was an important fixture in his life is reportedly refusing to talk to her for the project.

In a recent interview with Too Fab, Ebie shared her father’s fellow N.W.A. collaborator Ice Cube has been avoiding her.

“There’s so many people that are talking on this about my father and are in support of what I’m doing, and have been there for me, and just have a lot of great things to say about him, and not just even great things, but also just telling their story… what they know, what they’ve seen, their relationship with my father. How he paved the way for them, opened many doors for them.

“The only thing I will say honestly, is probably the only person that actually matters to this story I’m telling, who hasn’t talked on it so far, I’m just being completely honest … is Ice Cube,” she added.

Eazy-E passed away in March 1995 after he was diagnosed with AIDS. Ebie was just four-years-old when he died. At the time of his passing, Eazy-E and former members of N.W.A. were beefin’. Ice Cube chucked deuces to the group in 1989 over disputes over his royalties. Diss tracks were released and then Dr. Dre left the group. Dre’s departure left tensions high between himself and Eazy-E, who died at the age of 30.

Since he will not speak with her about her dad’s legacy, she’s putting him on blast.

Ebie explained she grew up with Cube’s kids and has a relationship with his actor son, O’Shea Jackson Jr. She said O’Shea told her the famed rapper-turned-producer was down to do the interview for the documentary, but she has not been able to secure a date because he has been “ducking and dodging” her.

“He [O’Shea] actually told me that Ice Cube was willing,” he said. “He was gonna do whatever for me, and he was down. Since then, when we tried to book him to do the interview, he’s been ducking and dodging.”

Ebie isn’t sure why Cube hasn’t secured a date and time for the interview, but she called it “weird.”

“To be honest, I don’t know why Ice Cube wouldn’t talk about my dad with me,” she said. “I don’t know because again, he’s been on many platforms large and small, you know talking about Eazy-E. So I really don’t know. I don’t have the answer. We’d have to ask him.”

In Ebie’s “A Ruthless Scandal: No More Lies,” Kickstarter trailer, she alleges her father was murdered and she also shows a clip of former N.W.A. honcho Suge Knight (who’s currently in prison) laughing about weaponized AIDS injections during a TV interview.

Check out the Kickstarter trailer below:

Fans in the comments wrote that they wish the project would receive funding so it can be released. Would you watch – with or without Ice Cube?