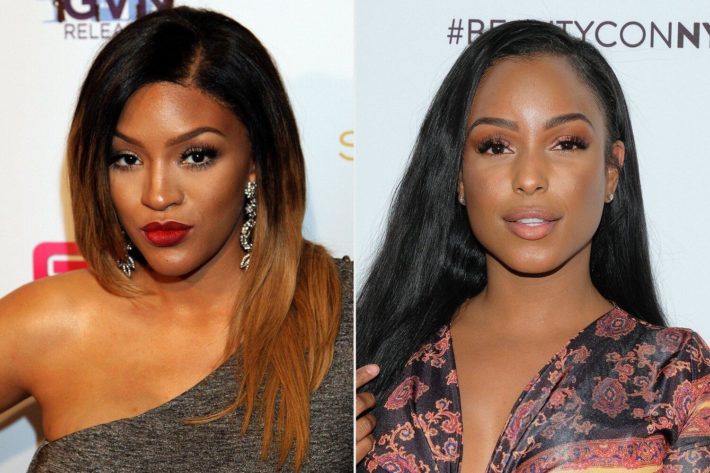 ‘The Real Housewives of Atlanta’ is ending on a much more intense note than it started.

On Sunday’s episode of ‘The Real Housewives of Atlanta,’ Drew accused LaToya — who is married — of having a relationship with her longtime family friend Prophet Anthony Lott.

The actress said Prophet Lott was supposed to perform a “baby blessing” on her daughter, Aniya, but she ultimately decided not to have the spiritual advisor do the blessing because she believed LaToya and Prophet Lott were in a relationship.

Both Prophet Lott, who is single, and LaToya, who is in the process of getting a divorce, denied Drew’s accusation.

Speaking with her husband Ralph Pittman about the situation, Drew, 35, said they needed to figure out what they were going to do about their daughter Aniya’s event because “Prophet Lott, he’s no longer gonna do the baby blessing.”

Drew said the drama started after LaToya was driven home the night that Shamea Morton had some of the ladies over to her house. “LaToya had had way too much to drink,” Drew recalled to cameras.

“I offered to make sure she got home safe,” Drew told Ralph, and explained to viewers that her “assistant Danny, gave her a ride.”

“From that, Danny invited her to that revival with Prophet Lott. You gotta share God with people, you know?” she said to her husband.

The Step Up star was introduced to Prophet Lott by Danny “years ago” — and since then, he had “become an intricate part of our family,” she told viewers. “And he was going to do our baby blessing for our daughter, Aniya.”

That is, until she concluded that he and LaToya, 34, were in a relationship.

While Drew said “I really still don’t know everything that’s going on,” she told Ralph that “LaToya’s mom said that she went and got a hotel room for Prophet Lott. And then Prophet Lott said that they went to dinner and then they went to breakfast the next day.”

“That’s what’s all coming back to me, is that they’re in a relationship,” Drew said to Ralph.

She went on to say, “I feel like there’s a thin line between, you know, worshiping and praying [for] somebody and being a spiritual to now you’re talking about she’s in a relationship with a prophet now?”

Drew said she was also under the impression that the prophet had a newborn and was engaged to be married.

“I only think about the fact that he has a new baby and a fiancée back at home. And you’re still married — legally married,” Drew continued, referencing LaToya. “So you living with your husband, you’re married and you’re over here with the prophet?”

Drew said in a confessional: “It’s a whole lot of mess there and I just didn’t want that over my baby’s blessing.”

“Preying on the prophet. That’s what I think,” Drew told Ralph about LaToya. “Prophet Lott can no longer do the baby blessing. I don’t feel like it would be appropriate.”

Later, at Cynthia Bailey and Porsha Williams’ Black-owned business pop-up shop event, the drama was brought up among the cast.

Drew said that the night of Kandi Burruss’ restaurant opening, she had received a call from Prophet Lott “and he told me that I guess you were upset or something,” she told LaToya. “He said you were upset because I had found out that you guys had been seeing each other.”

When Drew asked “is that not true?” LaToya’s response was: “Okay, I’m not entertaining her.”

Drew continued by recalling something she said LaToya had told Cynthia. “Didn’t you tell Cynthia you met somebody that’s from Texas?” she said to LaToya.

“You did tell me — now I don’t know if he was a prophet — you told me you were on your spiritual journey and you met someone who lived in Texas,” Cynthia confirmed, as Drew stated that the “prophet, is he from Texas?”

“The prophet’s the only one from Texas?” LaToya replied.

As Drew asked LaToya “the prophet lied. And he broke up with his fiancée? And he has a baby?” LaToya still seemed to avoid any association. “Okay. What does that have to do with me?” she asked.

Bringing up LaToya’s spiritual journey, Drew said that “the first step is just to tell the truth.”

“But I think the first step is for you to shut up because you don’t know what the f— you’re talking about,” LaToya fired back, explaining that she “was on a four-week program with him — he was advising me spiritually every Wednesday.”

“So is that why your mom thought you were with him because you got a hotel room for Prophet Lott. Am I lying?” asked Drew.

LaToya responded, “Yeah. I am not talking to no Prophet Lott and if I was, why the hell wouldn’t I say so?”

Explaining the aftermath of the situation to LaToya, Drew said that “Prophet Lott has been a part of our family for many many years. He was actually doing my baby’s blessing and he had to pull out because of the drama circulating with his family and all that you got going on.”

“He’s been calling my husband. Everything that’s fallen out with his fiancée. So I’ve now had to cancel my baby blessing because of yo ass,” Drew told LaToya.

In a confessional, Drew called LaToya “a very disrespectful little thing. You’re still married and you’re breaking up families and happy homes? I really have an issue and I just can’t stand by and allow that to happen to people that I care about.”

After more back-and-forth, LaToya walked away from the confrontation.

But that wasn’t the end of it. While at a gathering at Kenya Moore’s house, where Kandi, Cynthia and Marlo Hampton were also in attendance, LaToya tried to explain the situation.

“So I was in his program. Remember when I was in New Orleans and I wasn’t drinking?” LaToya told the women, denying that he was “engaged, he’s not in love with me, and who cares? He’s not married and I’m getting a freaking divorce.”

LaToya then FaceTimed Prophet Lott and asked on the call: “First, were you supposed to be christening Drew Sidora’s baby?”

Prophet Lott said he “was asked to be a part of that and I never heard anything back from them. And I guess it was after some confusion came up, concerning me advising you spiritually.”

Next, Kandi took the phone and brought up the accusation of him and LaToya “having some type of relationship,” adding, “I believe they actually said that you admitted to this.”

Said Prophet Lott: “The assistant [Danny] that’s involved really was being very messy. And because he’s the one that introduced me to them, I think it became this intimidation-type piece or something. Because the assistant [Danny] and I had a friendship. But when he felt like, I guess I was getting, you know, this connection with LaToya and then advising her or whatever, it’s like, everybody got emotional. I never admitted that to them.”

“I just admitted to them that I was advising her,” he added. “And I’m not gonna allow anybody to control me. This, this is what I do.”

Kandi pressed by asking if he ever had an “intimate relationship” with LaToya.

Making sure all the accusations were addressed, LaToya proceeded to ask if Prophet Lott was engaged or if he was previously set to tie the knot with someone.

“How many years?” asked LaToya.

LaToya also raised Drew’s claim that “I broke up the engagement because you’re in love with me.”

After hanging up the call, LaToya reiterated what Prophet Lott had said. “This man’s not engaged, okay. He didn’t get a call back when it came to christening the baby. It has nothing to do with me,” she told the women.

Now THIS is the energy we needed all season. ‘The Real Housewives of Atlanta’ airs Sundays (8 p.m. ET) on Bravo

The post Drew Sidora Accuses Married LaToya Ali of Having a Relationship with Her Prophet Friend on ‘The Real Housewives of Atlanta’ appeared first on LOVEBSCOTT. 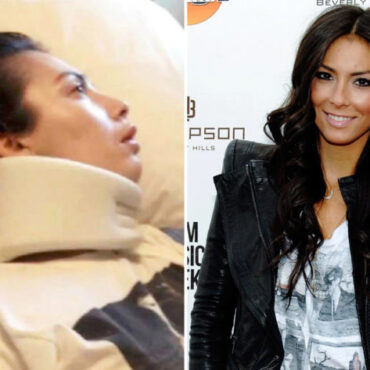 The family of a model who was left brain-damaged after  suffering a serious allergic reaction to a peanut butter-infused pretzel was awarded nearly $30 million by a Las Vegas jury. via NYP: Chantel Giacalone’s family was awarded the $29.5 million sum Friday when a jury found that the responding ambulance service negligently treated her in 2013, the Las Vegas Review-Journal reported. “At least my daughter will be taken care of. I’m happy […]