Drake Become First Artist in History to Debut at #1, #2, and #3 on Billboard Hot 100 Simultaneously

Drake is continuing to make history.

He’s become the first artist ever to debut three songs in the top three simultaneously.

The lyrics of Drake’s new song “What’s Next” have proven prophetic, as the track debuts at numero uno on the Billboard Hot 100 (aka, the “Hot one hundo”). He also becomes the first artist to enter the chart at Nos. 1, 2 and 3 simultaneously, as the song is joined by his “Wants and Needs,” featuring Lil Baby, new at No. 2, and “Lemon Pepper Freestyle,” featuring Rick Ross, new at No. 3.

The tracks were released March 5 on OVO Sound/Republic Records (packaged under the title “Scary Hours 2”).

With “What’s Next,” Drake adds his eighth Hot 100 No. 1, while the three songs up his total to a record-extending 45 top 10s. Drake also joins The Beatles and Ariana Grande as the only acts ever to rank at Nos. 1, 2 and 3 on the Hot 100 simultaneously.

Meanwhile, the week’s top four songs on the Hot 100 are all debuts for the first time in the chart’s six-decade history — as, below Drake’s three-song launch, Silk Sonic’s “Leave the Door Open” enters at No. 4. The duo comprises Bruno Mars and Anderson .Paak.

Plus, as it cedes the Hot 100’s summit after eight weeks at No. 1, Olivia Rodrigo’s “Drivers License” takes over atop the Radio Songs chart.

The Hot 100 blends all-genre U.S. streaming (official audio and official video), radio airplay and sales data. All charts (dated March 20) will update on Billboard.com tomorrow (March 16). For all chart news, you can follow @billboard and @billboardcharts on both Twitter and Instagram.

That’s quite impressive. It’ll be interesting to see how his album ‘Certified Lover Boy’ performs whenever it’s released.

The post Drake Become First Artist in History to Debut at #1, #2, and #3 on Billboard Hot 100 Simultaneously appeared first on LOVEBSCOTT. 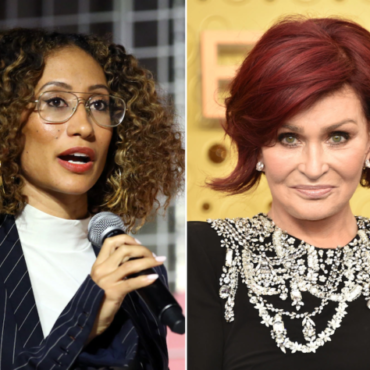 An internal investigation is currently underway at “The Talk” after host Elaine Welteroth and her hairstylist complained of an alleged “racially insensitive and hostile environment” on the show. via Page Six: A source said, “Elaine Welteroth and her hairstylist complained to HR over Sharon Osbourne’s recent exchange with Sheryl Underwood. “They said they don’t feel comfortable working in a racially insensitive and hostile environment, and this complaint launched the investigation.” […]