Dr. Valerie Daniels-Carter – The Sole Black Female Owner Of The Milwaukee Bucks – Cheers On Team In NBA Finals, ‘We Will Win’ 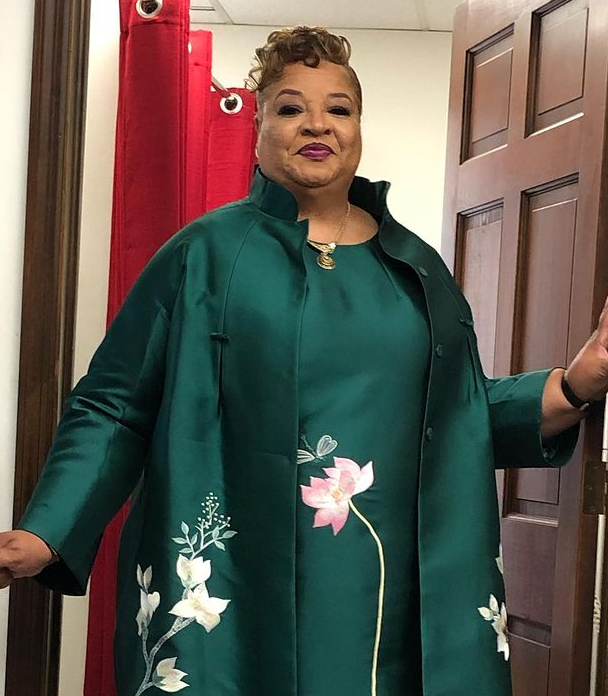 Milwaukee Bucks co-owner Dr. Valerie Daniels-Carter is confident her team will pull through with a win in Game 3 of the NBA Finals. Dr. Valerie is the only female African-American Bucks owner and she recently shared how she was able to accomplish such a big feat. There’s plenty to learn about her.

We LOVE reading about a black woman who holds power around these parts, especially in male-dominated industries such as basketball. It’s not often we see a female owner of an NBA team, let alone a Black female owner.

The Bucks are in the NBA Playoffs, going up against the Phoenix Suns for chance to win the Larry O’Brien Championship Trophy. Right now, the Bucks are trailing the Suns, 2-0 in the series. However, co-owner Dr. Daniels-Carter is optimistic that they will pull through.

“I don’t feel defeated. I just feel like we’re in a war. We lost a couple of the battles but we’re not going to lose the war,” Dr. Daniels-Carter told FOX6.

“I’m one of the minority owners of the Milwaukee Bucks. The only, and I’m proud to say it, single female African-American owner,” Daniels-Carter said. “I did it through diligence, remaining committed, remaining steadfast.”

She’s confident the Bucks will become this year’s NBA champs.

Dr. Daniels-Carter is a prime example of how nurturing your passion can lead to major things. Basketball has always been a major part of her life.

“I played high school ball, I played college basketball. I was even drafted to come and play with the Milwaukee Does. But I’ve gone from a Doe to a Buck now, so I’m pretty satisfied,” said Daniels-Carter.

Watch a clip from her interview below:

It’s a special, full-circle moment for Dr. Daniels-Carter. She grew up on 44th and Hampton Streets on Milwaukee’s north side. She also a proud graduate of Lincoln University of Missouri, a historically Black university. After college, she went on to start her own company called V&J Holding Companies in Milwaukee and then she became one of the country’s most successful fast-food franchisers.

The bomb businesswoman oversees a four-state conglomerate of over 100 multi-brand restaurant franchises, including Burger King, Pizza Huts, Aunti Anne’s Soft Pretzels, Captain D’s Seafood, and more. She’s the boss of the largest female-owned franchise organization in the U.S. Woot! Oh, and Basketball Hall of Famer Shaquille O’Neal is one of her business partners.

Dr. Daniels-Carter also sits on the board of directors of her beloved Green Bay Packers, her state’s NFL franchise.

Not only is she a businesswoman, she also gives back to her community in a major way. She has created several community youth and empowerment centers, built housing, educational, art and health complexes both here and in Africa. She’s widely known as a motivational speaker, life coach and humanitarian.

What can’t she do?! Such an inspiration.

Tonight, the Suns will visit the Bucks for Game 3 of the NBA Finals with a 2-0 lead in the series. Who y’all got?!

Martha Mae Ophelia Moon Tucker, 94, who was married in 1952 always wanted to wear a wedding dress but at the time Black women weren’t allowed in bridal shops. via: Revolt Tucker’s grandkids made her dreams come true last week when they surprised her with a trip to David’s Bridal in Hoover, Alabama. Al.com states when Tucker’s granddaughter Angela Strozier heard her mutter, “I’ve always wanted to try on a wedding dress,’’ Strozier thought of a solution. “I said, ‘That’s […]