Dr. Dre Disses Estranged Wife & Talks Aneurysm In New Song Snippet – ‘B**** Tryna Kill Me With Them Lies & That Perjury’

A snippet of what Dr. Dre has been working on in the studio has made its way online. And on the track, he disses his estranged wife, Nicole Young, raps about the brain aneurysm he recently suffered and more. Take a listen inside…

Dr. Dre has been heavy in the headlines recently over his high-profile divorce, his current (alleged) dating life, and his near death experience. Fans have not heard a word about the madness from Dre himself…until now.

The rapper/superproducer has been in the studio cooking up creativity with close collaborators and a snippet of what he has been working on has made its way online.

DJ Silk – longtime Aftermath affiliate – hopped on Instagram Live recently to share some new music with fans, surprising them with a clip of Dre’s new song with KXNG Crooked. The hook goes “F*** that b*tch,” before Dre hops on wax spitting about what he has been going through lately.

Dre’s bars were followed up by KXNG Crooked lyrics and the hook.

The 56-year-old entrepreneur – who celebrated his birthday last week – was hospitalized last month after suffering symptoms related to a brain aneurysm. Dr. Dre was admitted to ICU at Cedars-Sinai Medical Center in Los Angeles, California on January 5th and was released about a week and a half later.

”Thanks to my family, friends and fans for their interest and well wishes. I’m doing great and getting excellent care from my medical team. I will be out of the hospital and back home soon. Shout out to all the great medical professionals at Cedars. One Love!!,” he wrote to his fans.

The hospitalization happened right in the thick of his messy divorce from his estranged wife, Nicole Young. Days before he was admitted to the hospital, Nicole filed new divorce documents detailing years of violent physical and emotional abuse. Nicole made claims that Dr. Dre (real name Andre Romelle Young) held a gun to her head TWICE, punched her in the face and head, and she also said he lifted her OFF the ground by her neck. Sheesh! She filed the documents in response to Dre’s declaration where he made claims that “at no time did I abuse Nicole or threaten her physical safety.”

Happy Birthday to my legendary O/G who cemented the West Coast in Hip Hop…the one and only @drdre pic.twitter.com/gmH1DHqtqw

Dre’s current love life has been making headlines as well after he was spotted out on a dinner date with former “Love & Hip Hop: Hollywood” star Apryl Jones, who shares two children with singer Omarion. Apryl’s former “LAHH: Hollywood” co-star Moniece Slaughter confirmed Apryl and Dre had been dating for a while. After her admission, she made claims that she was being threatened by Dre’s people, so she decided to deactivate her social media.

Outside of Apryl, there are also rumors that one of Dre’s alleged mistresses (one of the women Nicole wants subpoenaed in their divorce) celebrated her birthday at his mansion recently. Get those deets HERE. 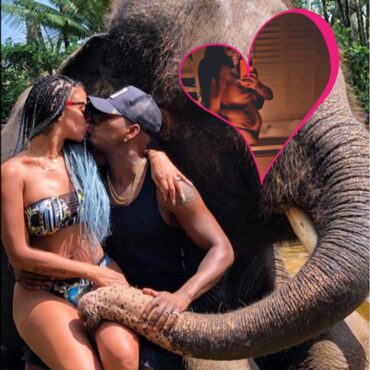 And another one! Ne-Yo and wife Crystal Smith made their 5th wedding anniversary weekend extra special with a baby announcement.  Their big reveal and her Birkin goodies inside. It's been a rocky couple of years for The Smiths, but it seems like Shaffer aka Ne-Yo and singer Crystal Smith are back on track completely these days.  They have a new baby on the way to join their two boys (Roman […]