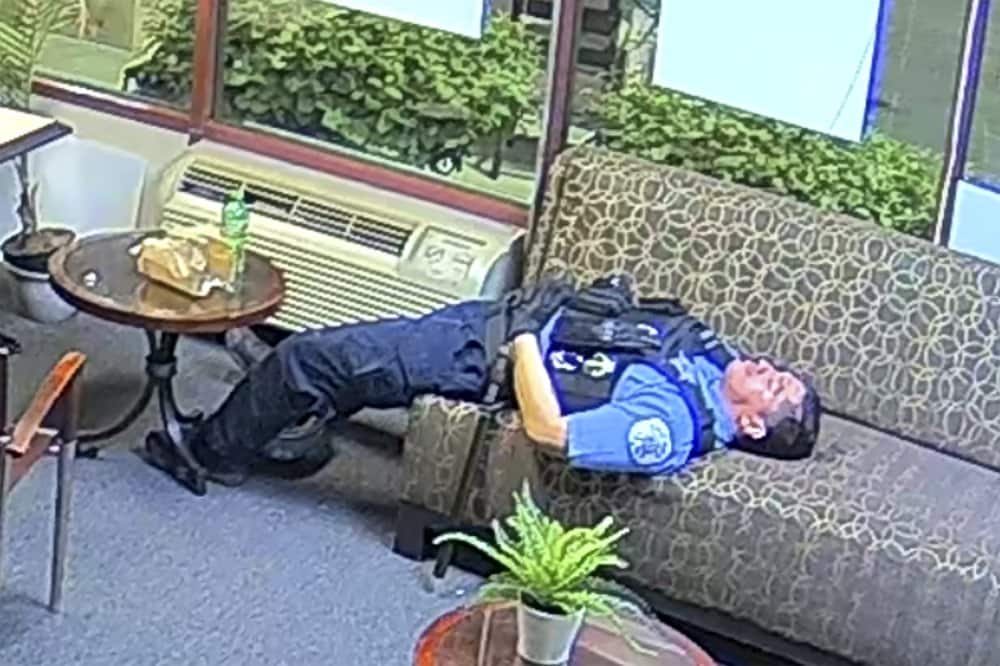 Seventeen officers and supervisors were suspended for up to 20 days after being spotted resting amid looting, a police union challenging the penalties says

Chicago Police suspended several officers captured on video during last summer’s widespread unrest who were lounging — and apparently even sleeping — inside a burglarized congressional campaign office as people citywide vandalized and stole from businesses, a police union official said Thursday.

Fraternal Order of Police President John Catanzara told the Chicago Sun-Times that the suspensions of 17 officers and supervisors ranged from one day to 20 days. He also said the union has filed grievances challenging all of the suspensions. Catanzara did not return calls Thursday for comment from The Associated Press.

The video was recorded as Chicago police and other departments nationwide were scrambling to quell widespread vandalism, theft and arson in the wake of George Floyd’s death after a white Minneapolis police officer pressed his knee into the Black man’s neck for several minutes.

The video in which Chicago officers could be seen relaxing and apparently sleeping in the campaign office on the city’s South Side of Rep. Bobby Rush (D-Chicago), with some officers apparently brewing coffee and making popcorn, quickly turned into a national news story that angered and embarrassed Mayor Lori Lightfoot, Police Superintendent David Brown and others.

“We should all be disgusted,” Lightfoot told reporters after Rush watched the video and turned the footage from May 31 and early June 1 over to her. “We should all feel hurt and betrayed in this moment of all moments.”

Brown asked incredulously during a press briefing at the time: “Sleep during a riot? What do you do on a regular shift when there’s no riots?”

Shortly after the video became public, Brown vowed to suspend those involved.

As he did after the video was made public, Catanzara this week said looting at the strip mall where Rush’s office was located was over by the time officers arrived, He said the officers secured the area before they went inside.

”They had already secured the whole property…” he told the newspaper. “They came around the front. There was nothing going on. That was done. Period. Are they supposed to stand at attention in the mall?” 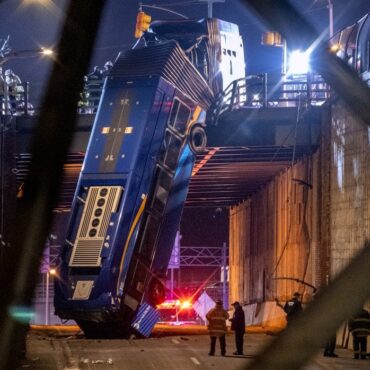 Seven passengers suffered minor injuries after one part of the articulated bus fell 50 feet onto a highway ramp The driver of a New York City bus that plunged off a bridge has been suspended after refusing to submit to a drug and alcohol test, a regional transit agency said Saturday. The 55-year-old driver has been “withheld from service without pay” following the dramatic crash, the Metropolitan Transportation Authority said […]