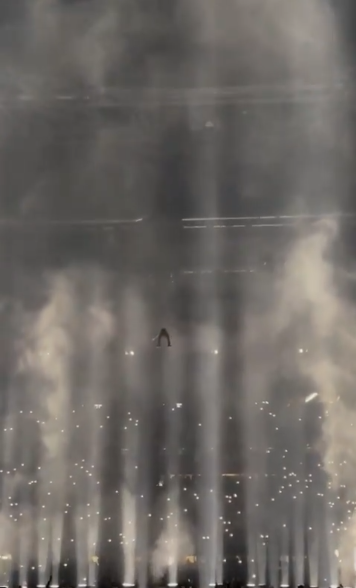 Kanye West hosted a second DONDA listening party at in Atlanta. He levitated and rapped about his breakup, which has fans speculating a “reunion” of sorts could be on the horizon for ‘Ye and his estranged wife Kim Kardashian West, who attended the event.

Speaking of Mrs. West, she pulled up to the event rocking a matching outfit with Kanye. And so did the kids. More inside…

Kanye West hosted a second listening party for his forthcoming album DONDA (that he named after his late mother) at the Mercedes-Benz Stadium in Atlanta two weeks after his first listening party (if you want to call it that) in the “A.” He also hosted a listening party in Las Vegas where NBA baller Kevin Durant came out to support.

During the first ATL listening event, ‘Ye just stood in the middle of the stadium and said nothing to the audience as his album played. However, he switched things up last night.

During his 2nd ATL listening event, Yeezy brought more energy (and weirdness) to the party. Fans saw the entertainer levitate hundreds of feet in the air, run around with a black jacket over his head, watch him take a nap, and do push-ups. Typical ‘Ye ish.

According to Billboard, ‘Ye was suspended in the air as the final track on the album, which is still yet to be released, played. He was graduallay lifted to the ceiling until the lights went black.

Peep clips from the show below:

Oh yes. His estranged wife, Kim Kardashian West – who filed for divorce back in February – was in attendance, dressed like him just like she did for the first listening party last month.

One song titled “Love Unconditionally,” the Chi-town rapper got emotional. Fans speculate the track is about his divorce from Kim. According to guests in attendance, the track began with a voiceover from his late mother, Donda, and she said “No matter what, you never abandon your family,” before he repeatedly rapped: “I’m losing my family, I’m losing my family, darling come back to me,” he rapped while getting down on his knees.

In another song, he hinted that Kim was “still in love with him.” Oh?

“Time and space is a luxury,” he rapped. “But you came here to show that you’re still in love with me.”

E! News has a breakdown of more of his cryptic lyrics:

On one song, Kanye lamented, “Sixty million dollar home, never went home to it,” an apparent reference to the couple’s home in Hidden Hills, Calif. Later in that verse, Kanye sang, “Ask Kim, What do you love?/Hard to find what the truth is.”

Some of Kanye’s songs offered random lines here and there that seemed to come from the point of view of someone who had recently endured a breakup. One song included the line, “‘Cause you know you won’t never live up to my ex, though.” In a different number, Kanye said, “Got to make it right before you left.”

Yet another song focused on painful memories, with Kanye singing about “losing all my deepest friends” and also referencing “suicidal thoughts.”

Before the start of Kanye’s listening event, there were rumors that Jay-Z – who is featured on one of Ye’s tracks – would be in attendance. Peep the post that went viral:

Musician Geovanni Chevelle posted a picture of a private jet that he said was Jay-Z arriving in Atlanta.

“Jay Z just landed at Signature. Ye show about to be Lit tonight #Donda,” he wrote.

Turns out, Hov was NOT in the building. Allegedly. Sources tell The Jasmine Brand Jay-Z did not attend the 2nd listening party.

YES. HOV & YE back building again. They both rich enough to quit rapping, but the passion they share of making the fans happy got them back working #Donda #Respectfully https://t.co/sKuvRpFwr7

Media personality Justin Laboy has been igniting rumors that Hov & ‘Ye are working on a Watch The Throne 2 album.

“YES. HOV & YE back building again. They both rich enough to quit rapping, but the passion they share of making the fans happy got them back working #Donda #Respectfully,” he tweeted

Do you think Jay-Z & Kanye West will reunite for another album? Sound off in the comments!

As of the time of this post, Kanye’s DONDA album STILL hasn’t been released. 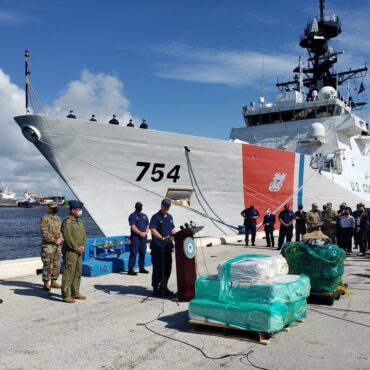 Say What Now? Coast Guard Offloads Record $1.4 Billion Worth of Cocaine and Marijuana in Florida

The U.S. Coast Guard is offloading a record-setting amount of cocaine and marijuana at Port Everglades on Thursday. via CBS: The illegal narcotics are worth more than $1.4 billion and is the largest drug offload in Coast Guard history. The crew of the Coast Cutter James brought in approximately 59,700 pounds of cocaine and approximately 1,430 pounds of marijuana, which was seized from several interdictions in the Eastern Pacific and […]